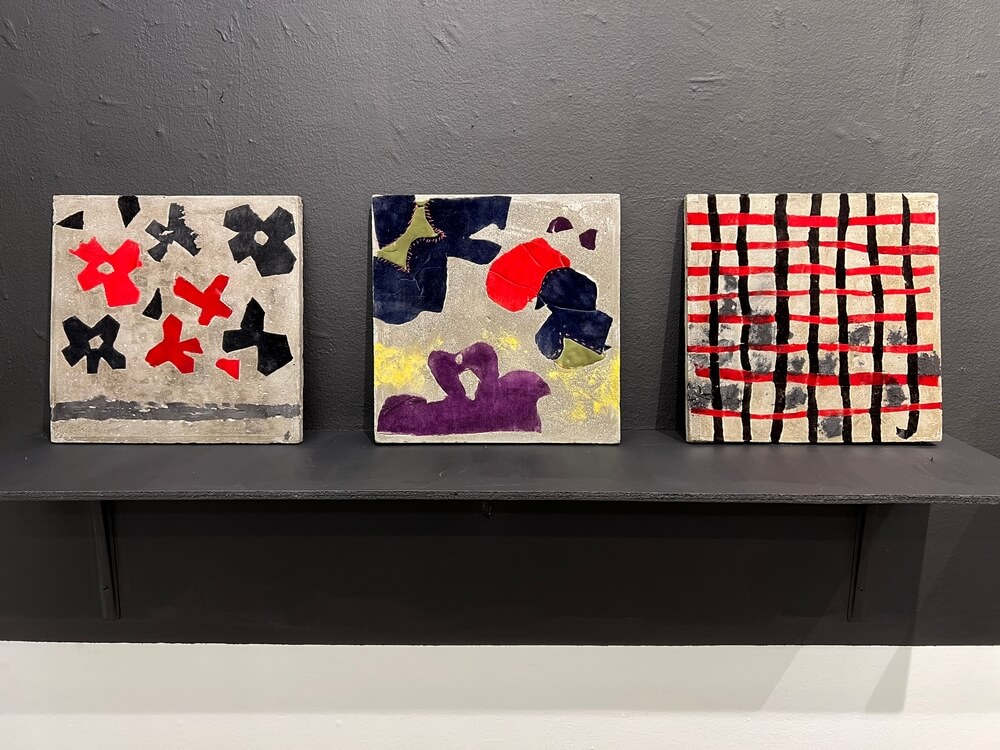 The exhibition is a recent continuation of a series of works that had previously not been fully shown in public. Throughout Escora and Olive’s works, these two artists are addressing the continuity of their respective works, both before and after the epidemic. Exploring materials and responding to the psychological effects of a pandemic served as their escape mechanism and a creative medium by associating the disruption of time with the current circumstance. 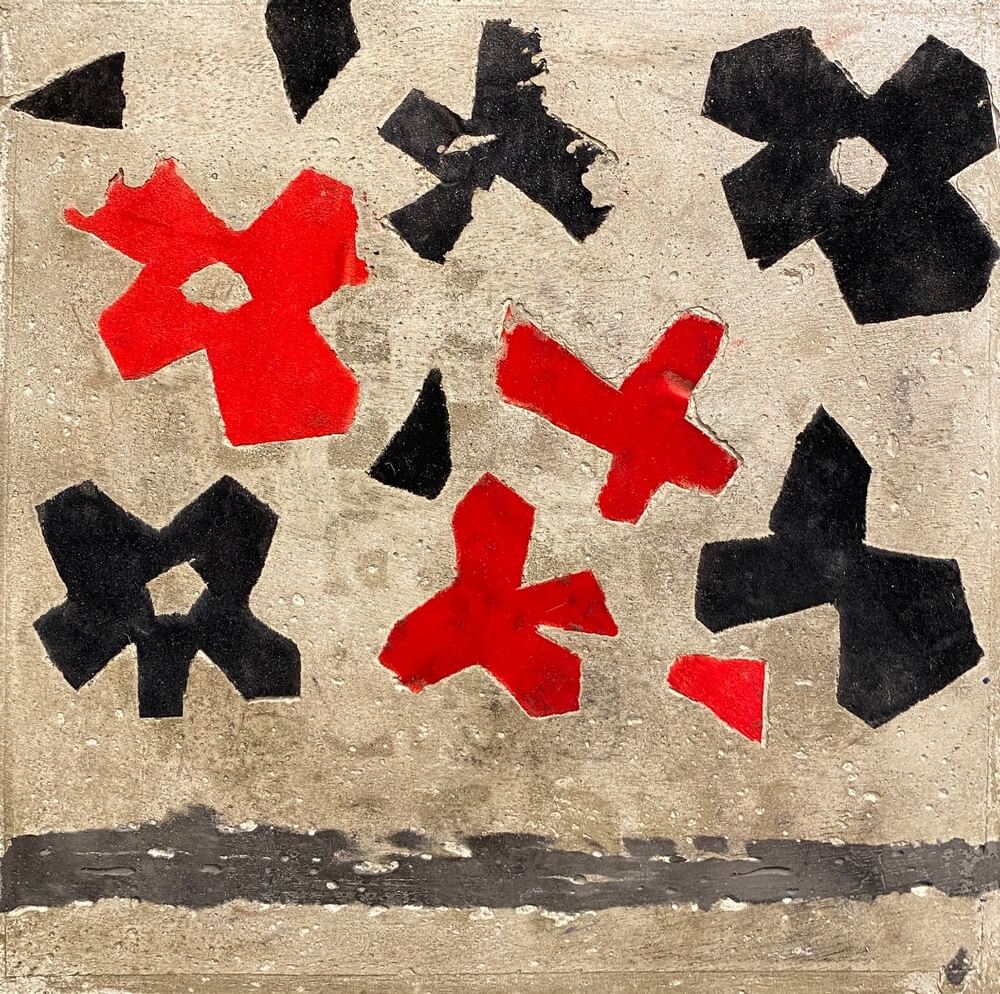 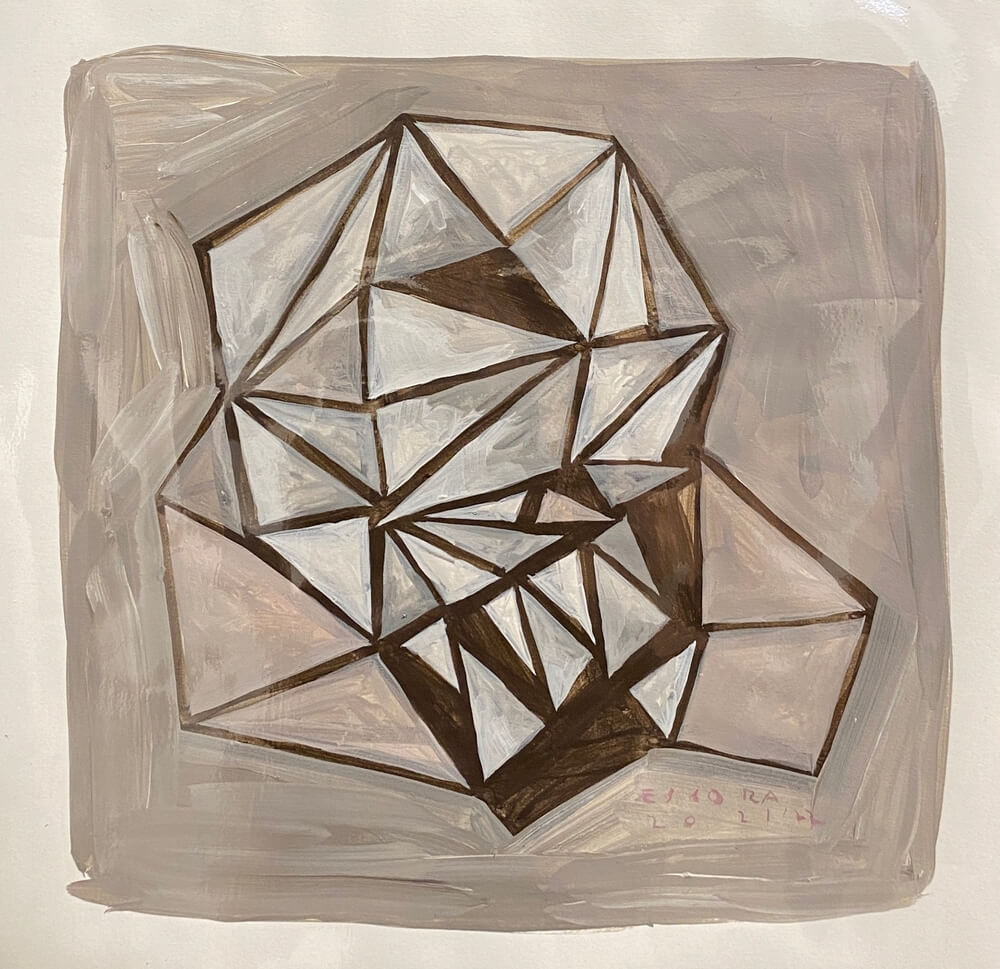 Olive Jaro Lopez’s work, TexTILES, is a mixed media series that focuses on alternative materials. It is a continuation of her postgraduate thesis, which she completed in the United Kingdom in 2017. TexTILES, a resurfacing project, sought to answer the issue of whether discarded textiles may be reverted to create a new layer of an object.

The outcome of the whole exploration was unexpected with a slant of humor to it and an insightful understanding of the behavior of two distinct materials, textiles and cement. The process embeds layers of textiles that were broken down and combined with cement resulting to a new layer or a surface that formed a tile or an object such as TexTILES.

Fernando Escora’s POST Pandemic Paranoia is a continuation of his works while on lockdown. The pandemic’s isolation and limits are expressed in a series of repetitive random lines, forms, and colors on paper works. For him, the current situation is defined by the series.

The repeated lines create and recreate shapes that were unnatural and natural, un-intentional and intentional, juxtaposed to depict common images of faith and geometry. A temporary escape and reliving through art to get away with the anxiety of unpredictability of the existing situation and rethinking that maybe faith can overcome the paranoia of uncertainty. The works tells the narrative of uncommon life experiences adapting with the unreal that is becoming our new reality.

Together these artists engage in a painterly conversation that shares the continuation of their respective personal works. For them, artists are there to share their thoughts and concept and must be familiar on any medium they want to explore. Their interest on their own material results to a playfully serious approach that is very present and unique to each one. 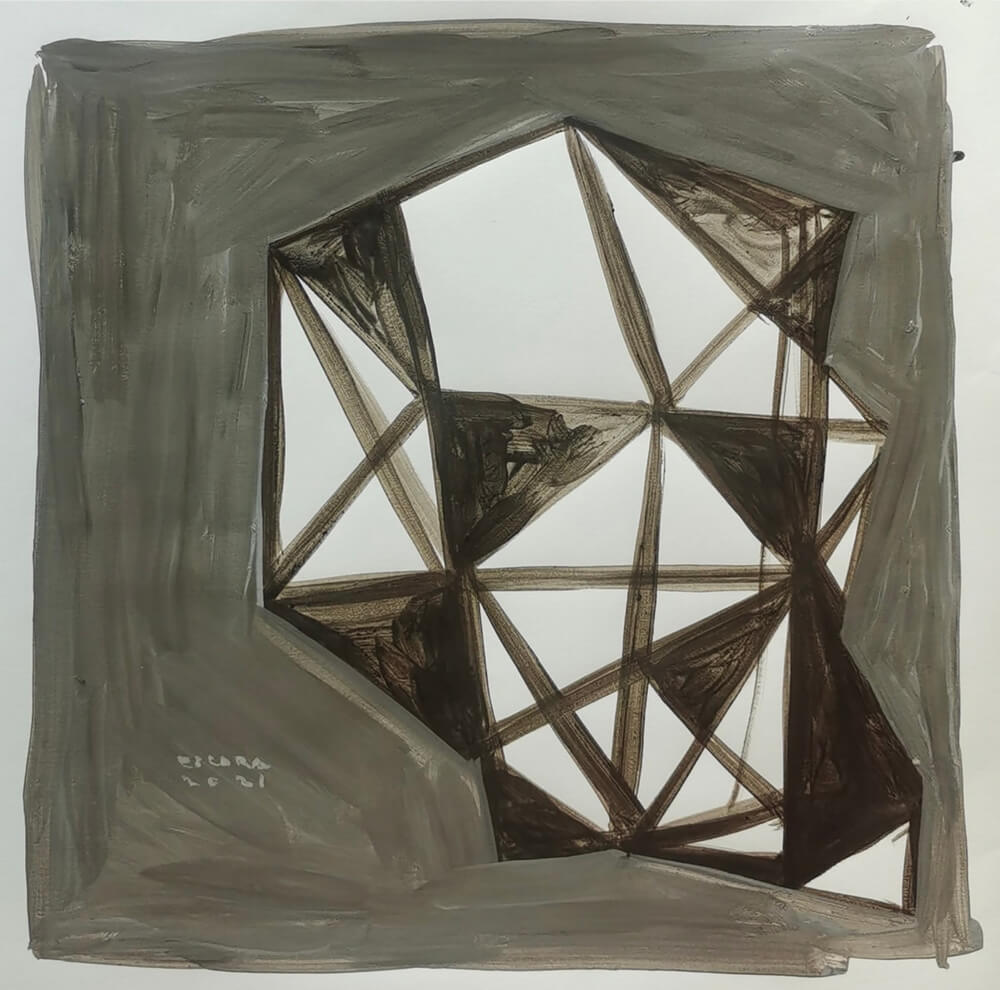 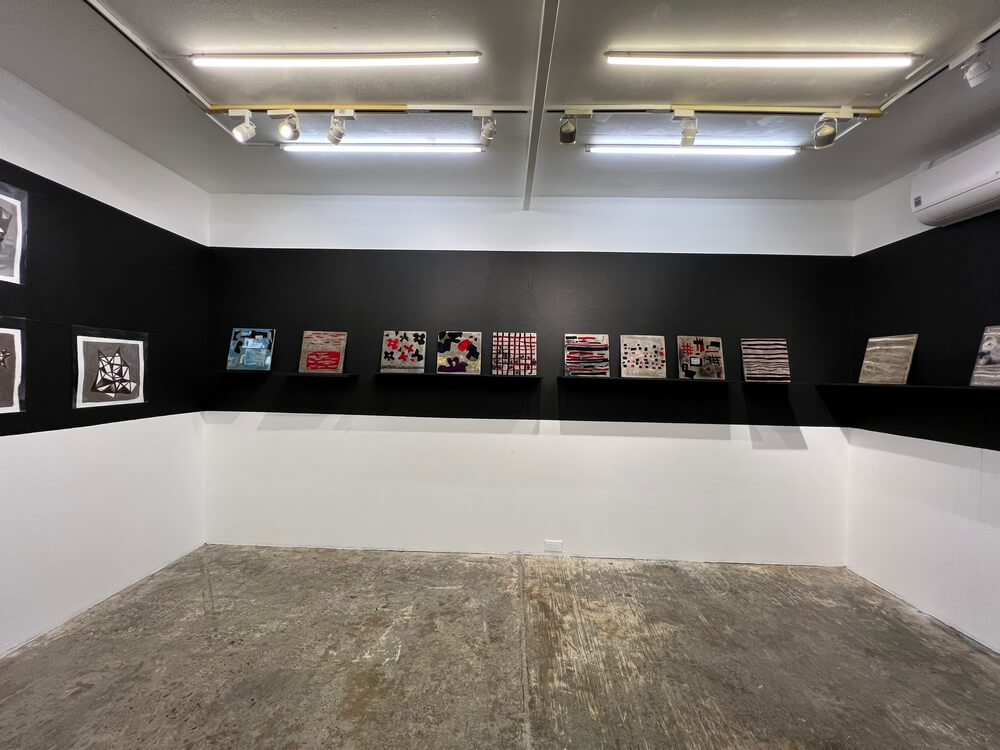 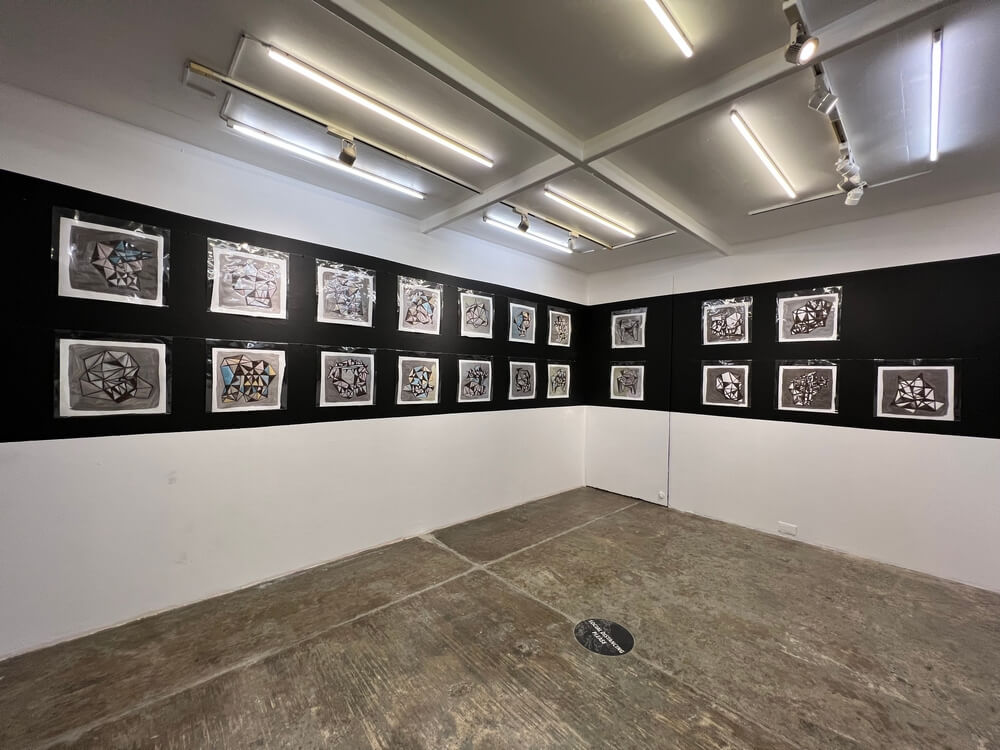 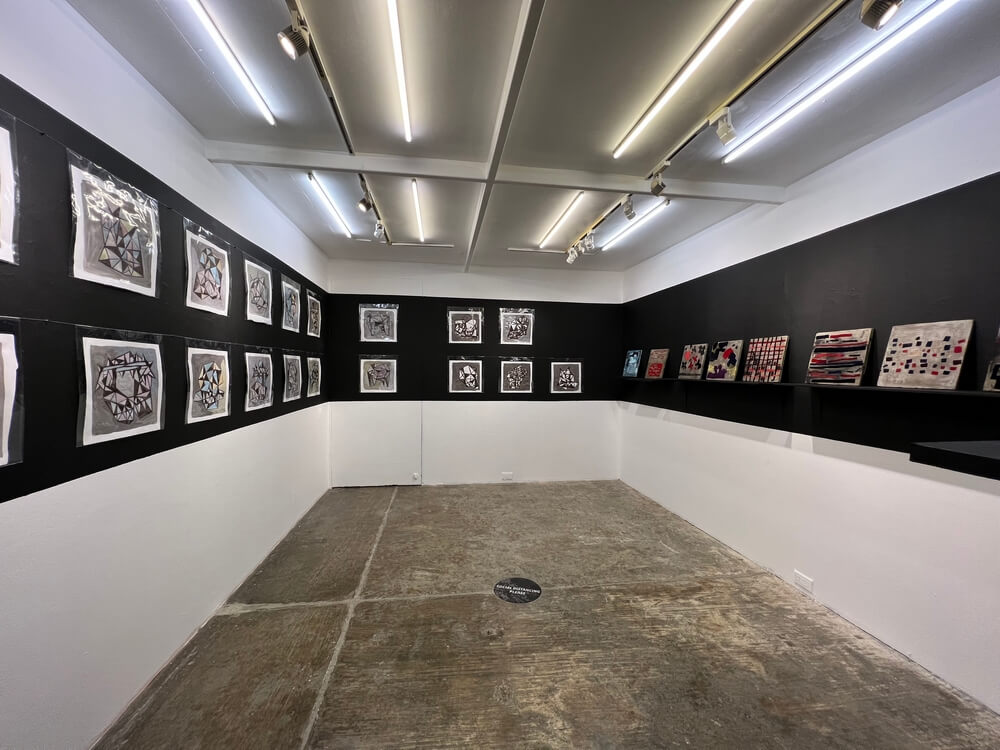