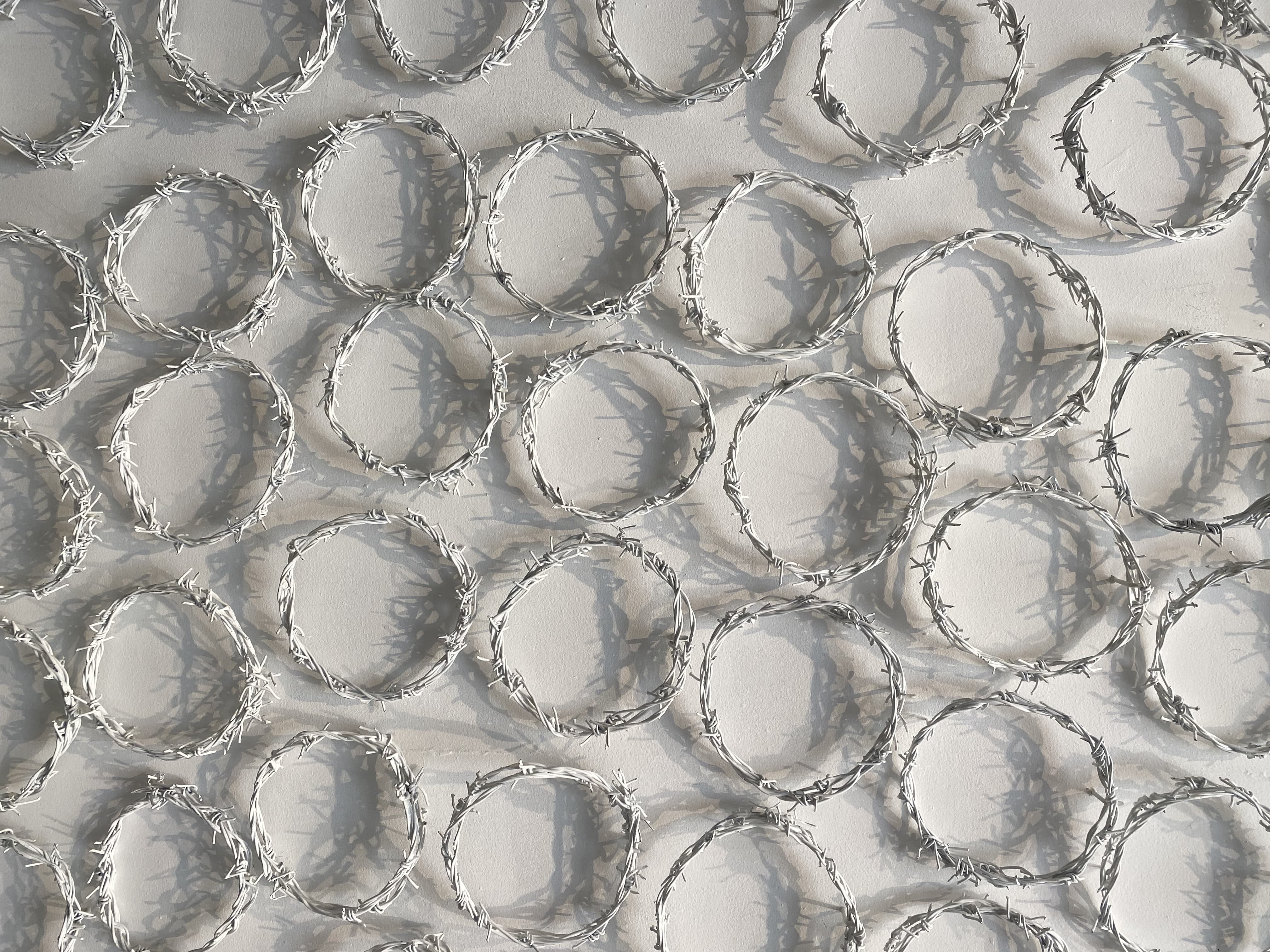 A sacrifice is measured by the varying degrees between ritualist and offering. In indigenous rituals, a sacrifice often involves currency, a beast of burden, and an immeasurable resource such as a song or story taught by forefathers. In all instances, a ritual is completed, or so it should, when the sacrifice is made. There is the give—from ritualist to a Greater Entity; and there is also the take—from the offering, its entire being. A coin is offered at the base of a mother tree, forbidden to be used by any human for trade. A song is sung to be carried by the winds.  Blood is lost to flow back to the soil where we all come from.

Some similarities can be drawn from Christianity’s doctrine that “God gave His one and only Son”, and the Greek myth of Daedalus, who made a set of wings for his son Icarus, who is often seen throughout art and literature as the one who is perpetually falling.

In varying degrees, a sacrifice was made.

As is our indigenous peoples, their culture, their traditional way of life was the sacrifice. Only this time it is no longer a myth. 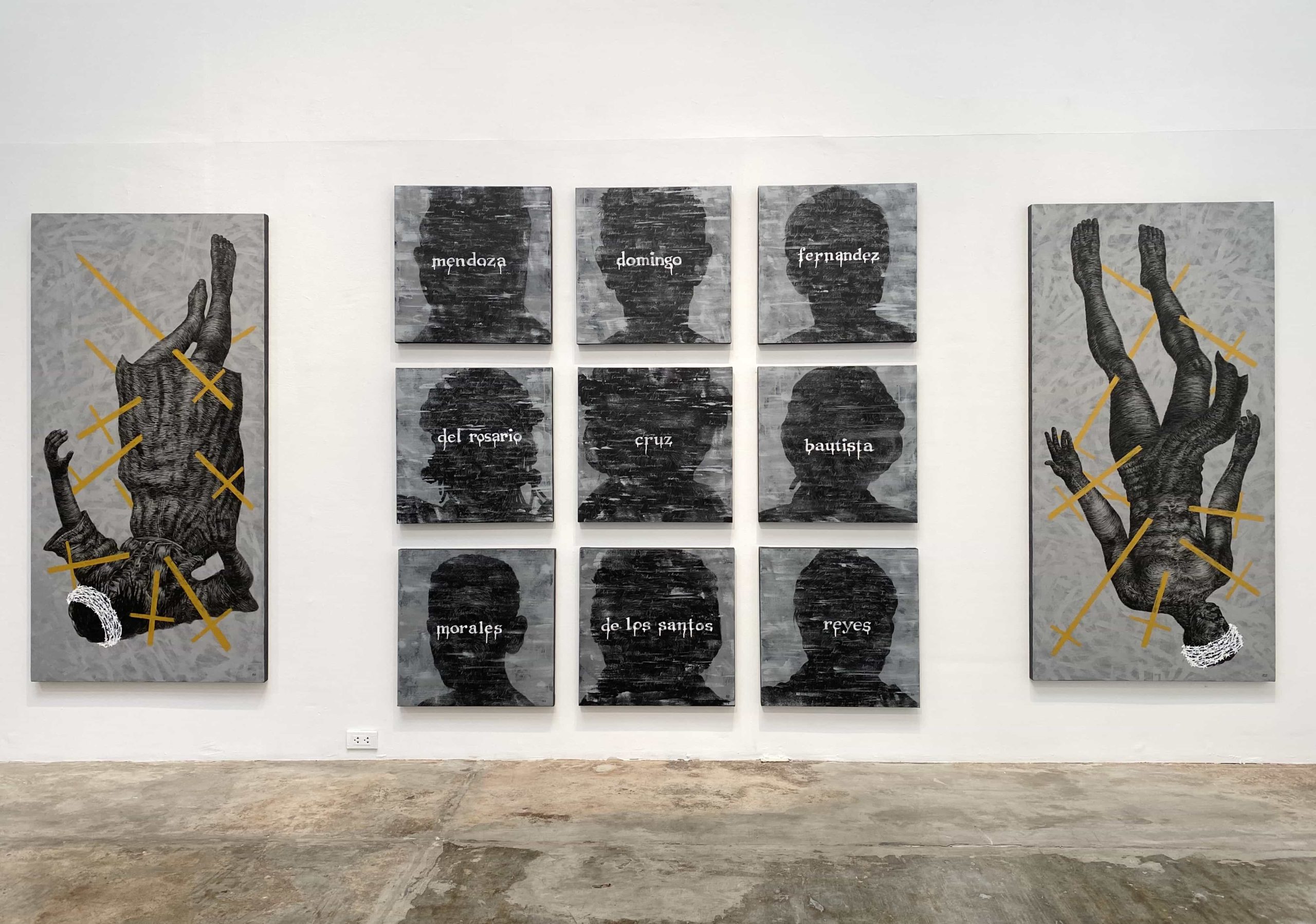 Erasure of familial history through changing surnames is one of the many hallmarks of colonization. In “Catalogo Alfabeto de Apilledos”, figures bear surnames placed in between the eyes. In 1849, the Claveria Decree was imposed, requiring natives to adopt common Spanish surnames as found in a catalog. Indigenous peoples began to see the world (else punished) through Christianized eyes.

Flanked between the forgotten are the “Sinners”. SACRIFICE also harks back to a sense of falling. It is an attempt not only to manifest a past, but—also certainly—a present in which we live. We are still here, our surnames changed, our archipelagic lands still at odds with each other. The effects to divide and conquer has now transposed a nation’s historical trauma to tread on as divided as it was when colonization began, despite hundreds of years officially being ‘free’. Our freedom to being was another sacrifice taken so another nation can exhaust our peoples and our resources.

“Displacement” and “Border” represent the thorns that hinder indigenous belief systems. Through a wall of barbed wires, there is no going in or out. We see what lies beyond, we move, to a fashion, within our spaces, but remain trapped to a historical circumstance and spiritual revisionism.

It is no small factor that our blurred concept of identity as Filipino, as an individual, and as a nation, can be traced back to a colonization that forged its thorns and swords of erasure towards our indigenous people, and effectively, towards a shell of a self to which we were supposed to become. 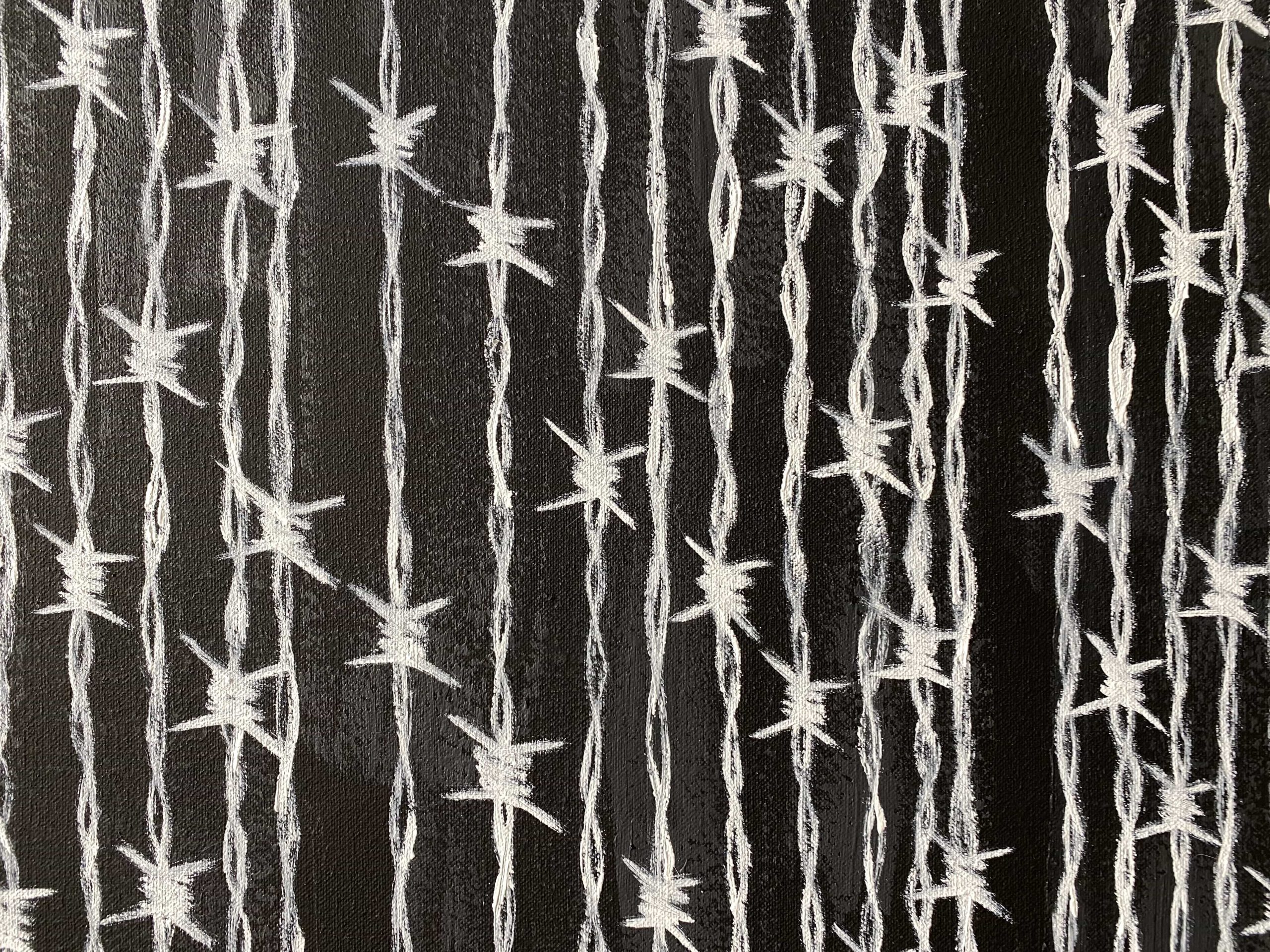 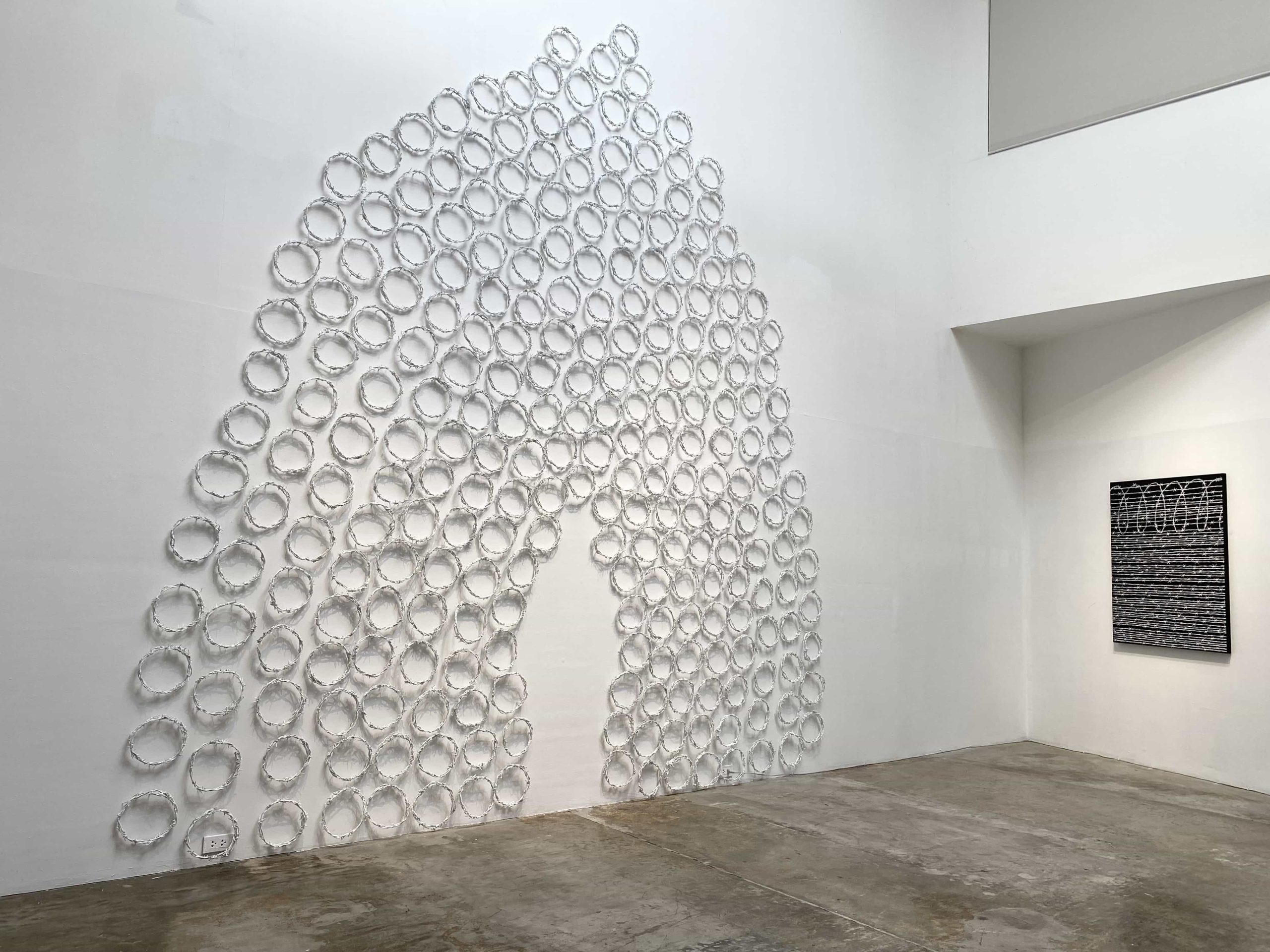 Finally, “Grotto”, often seen as a place of prayer and silence, is here a place of reverence to all ‘sinners’. A silhouette at the center is a representation of not only Christianity’s Jesus Christ, but of all the nameless, faceless natives who have had to suffer and endure, including all who lost their lives for refusing to be Christianized. Here they are offered crowns of thorn, that though it may hurt and bleed when worn, if only to show they are worthy to be honored, and can reclaim themselves as one among the ultimate sacrifice.