‘SENTIENT’ alters the perception of constructed beliefs. For ages Monsters have been perceived as scary and frightening creatures. This body of work however seeks to bring that symbolism into a more positive light, as monsters too can be funny and bring a smile to someone’s face.
‘SENTIENT’ is my nod to validating that there is always hope to our derangement. And that through this process, I myself can arrive at my own personal healing. Creating these works have allowed me to choose happiness over dwelling on the darkness that I find myself in for too long. Healing is a choice. And I believe these works will somehow lead me and you to smile more often. 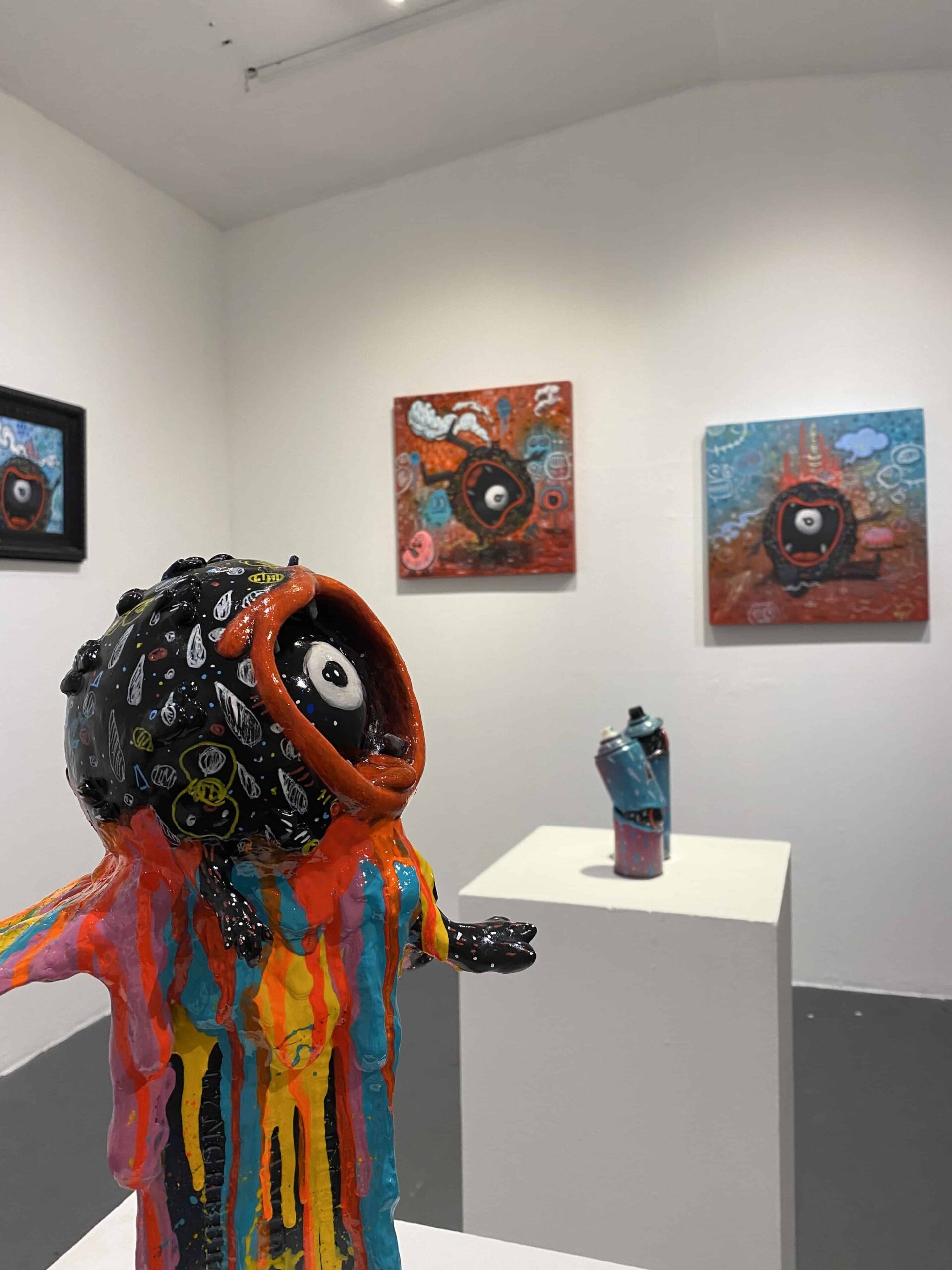 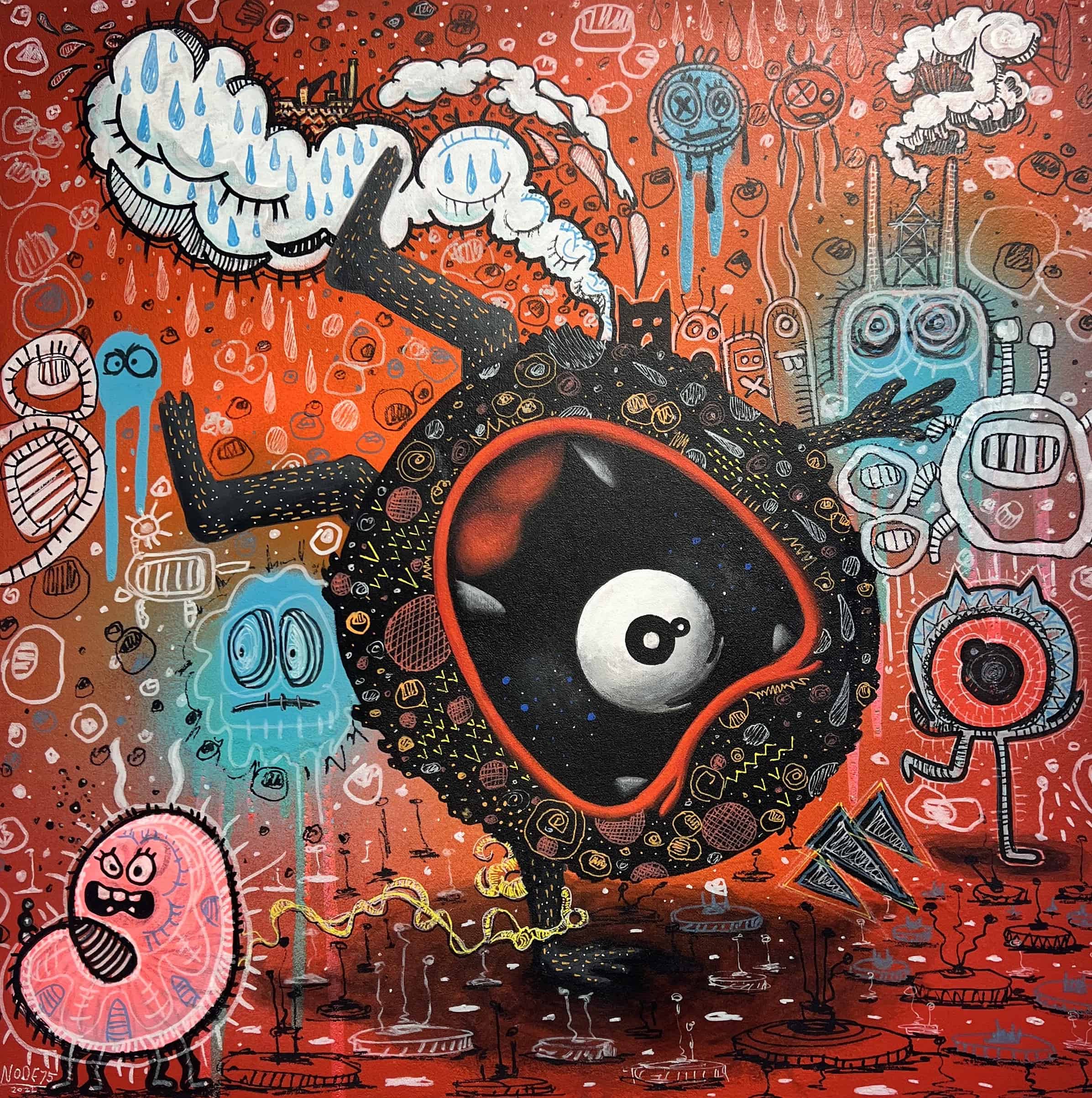 Mok lives in a world not unlike that one found in that monster’s movie. He may look like a caricature but he has goals, dreams, and a desire to live a meaningful and productive life, just like you and me. Now. imagine further that Mok is one of the many other ‘sentient’ creatures that live quietly beneath our universe and are still unknown to us at this point.

Mok was a struggling stand up comedian waiting for that break to come, such as a life- changing film opportunity. Sadly that opportunity seemed to have taken an unexpected turn. While walking to the place where a casting call was being held, Mok fell into an accident. He had not noticed that there was ongoing road construction ahead, so he slipped and landed into a ditch. In short, Mok did not make it to the casting. He was bedridden longer than expected. This was the biggest setback of his life. He had considered it as his defeat.

While his body recovers from injuries, his sanity took a turn for the worse. He was so despondent that he no longer wanted to move on and even forgot what it was like to smile. Mok then fell into a deep trance. One day when he opened his eyes, he shouted in fear because he saw a very scary, dirty-looking monster. He soon came to notice that it was him that he had seen on that broken mirror in front of him. 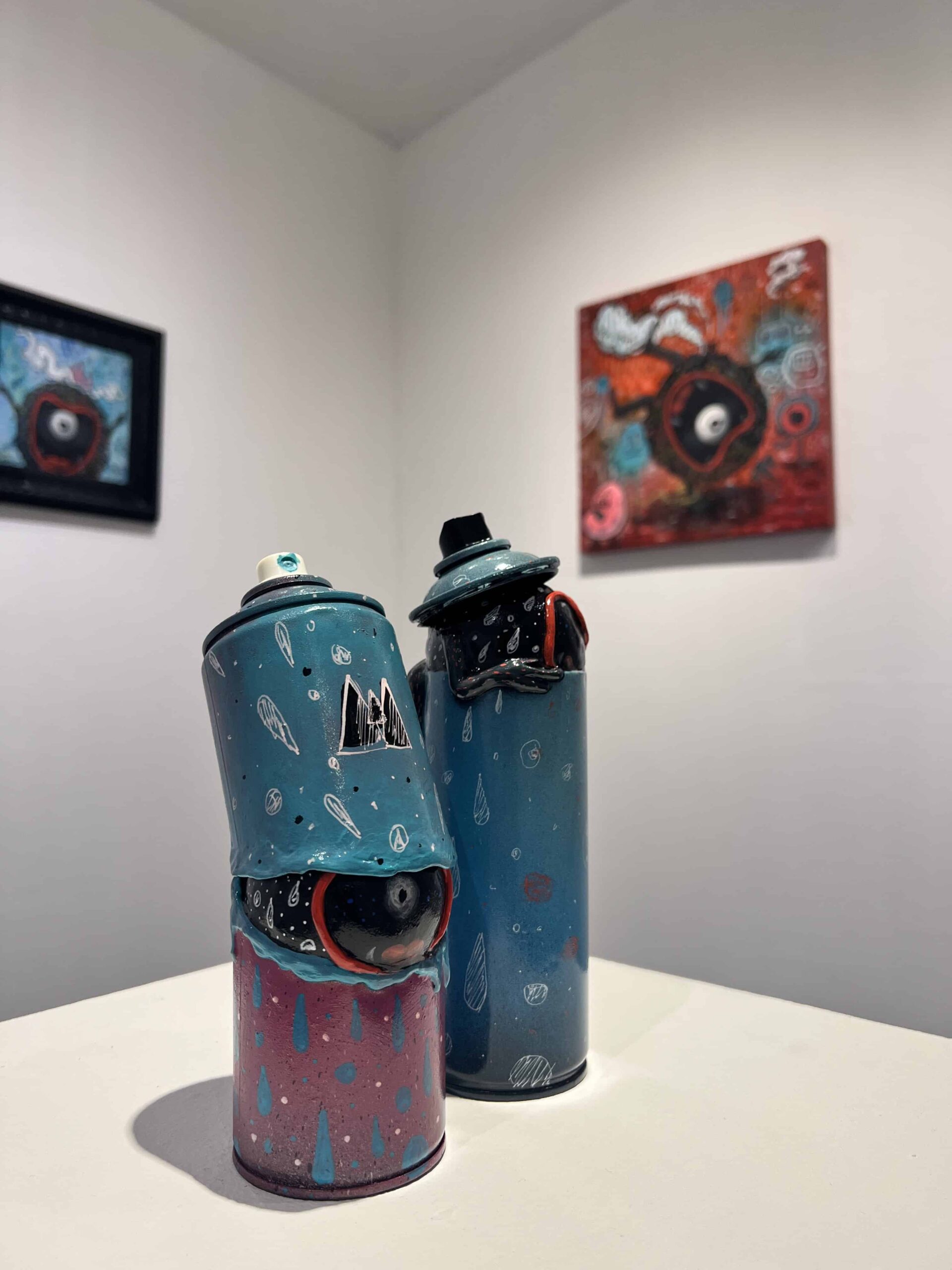 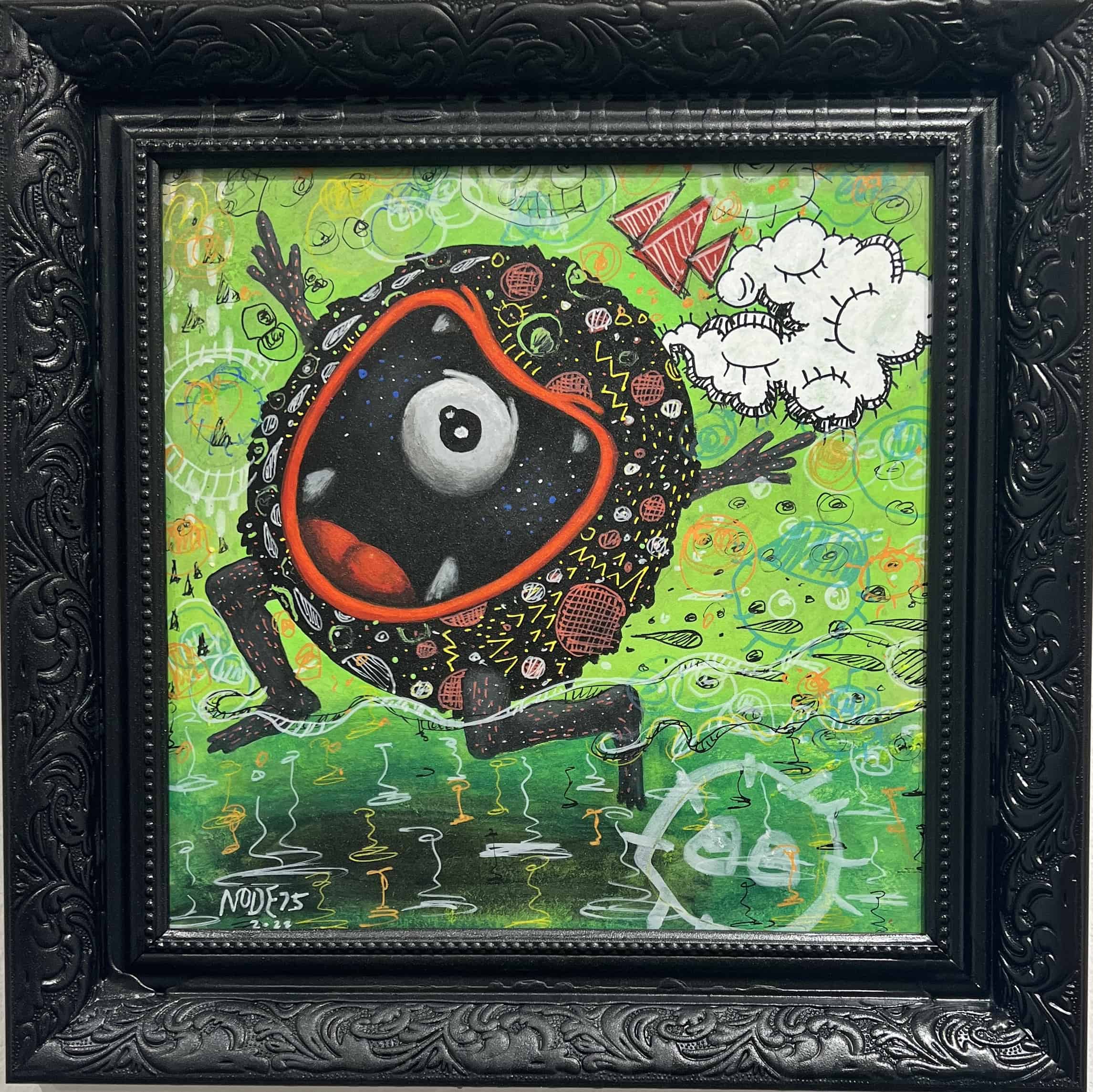 It was at this point that he came to a realization. The former comic creature has gone, and instead has been replaced by a monster fit for horror movies. As Mok processed every bad thing that had happened, he had come to recognize that all his misfortunes were caused by him alone.
A eureka moment unfolded. He had come to an epiphany that he actually had a choice between hiding in sadness or making fun of his experience, sharing it with others, to make them laugh and perhaps inspire them. Mok chose the latter. He immediately stood up, cleaned up everything around him and decided that today will be the first of the rest of his life.

So Mok left his troubles and doubts behind. He went on a mission to entertain everyone that may cross his path, anywhere, anytime. Mok’s newfound purpose is no longer to just be famous, or gain fortune, but instead to heal himself by entertaining and inspiring every creature he meets along the way to his pursuit of sharing Joy and Laughter.

Jofre is a full time multi-disciplinary visual artist. An “Outsider” borne not by the school of art but by the art itself, heavily influenced by a community of artists organization back in the 1990’s called PANDAY PIRA (Pandayan ng Pilipinong Kultura) co-founded and mentored by Ismit, Borlongan, Mondejar and other great masters of ABAY (Artista ng Bayan) in the Polytechnic University of the Philippines.
Jofre went on a hiatus in 1996, to pursue Brand Film Making. It took another 20 years before the repressed images triumphed to emerge back on Jofre’s canvas once more and his art became his salvation from the depths of extreme anxiety and depression. When the chips went down, it became his true north and last refuge.

Mental Health Awareness is the theme of Jofre’s visuals. They go deeply into the subject’s innermost psyche. A personal journey of introspection and self-discovery, on confronting the pain and the glory of finding one’s true purpose for being. 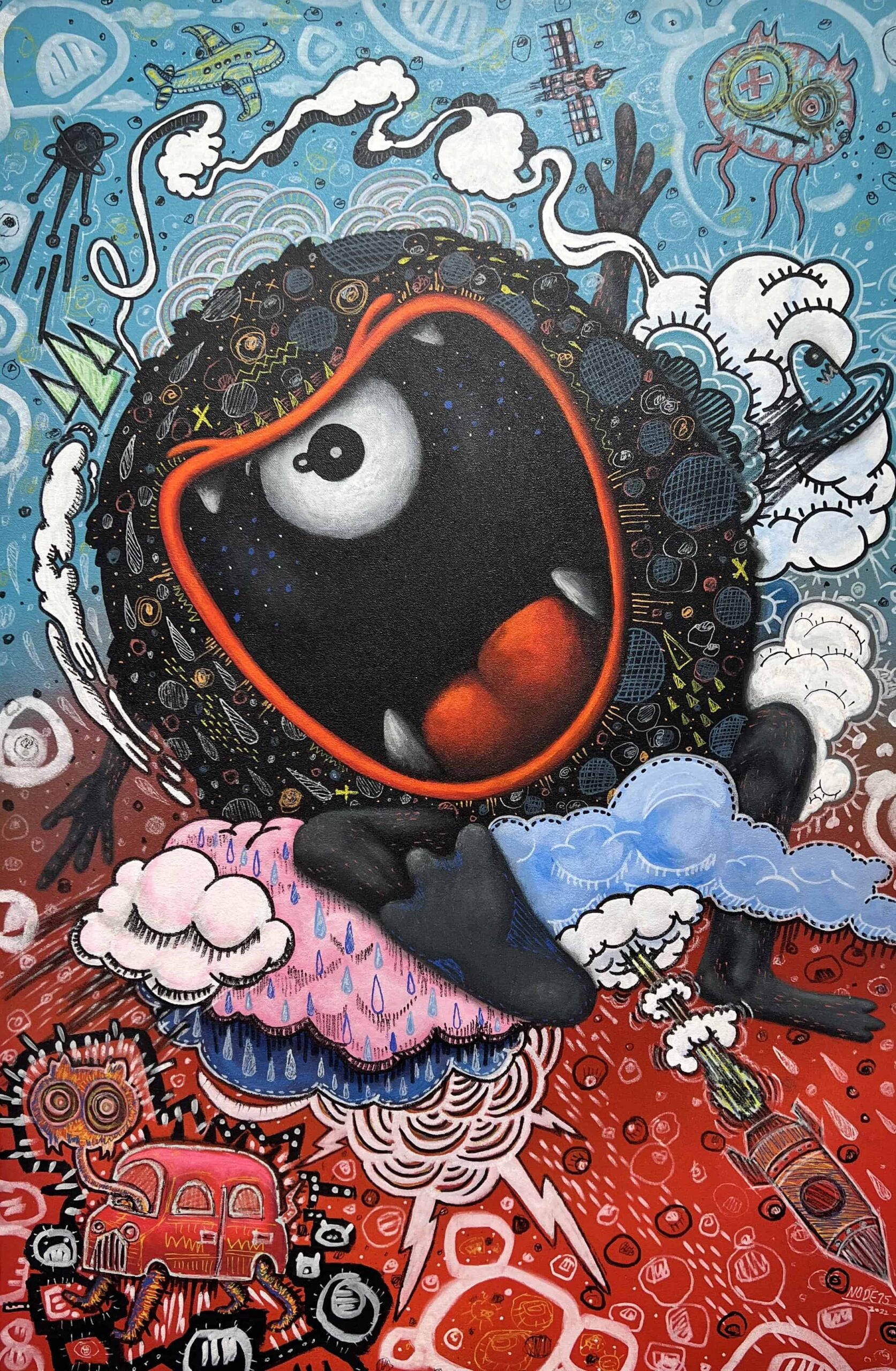 Mental Health Awareness is the theme of Jofre’s visuals. They go deeply into the subject’s innermost psyche. A personal journey of introspection and self-discovery, on confronting the pain and the glory of finding one’s true purpose for being.