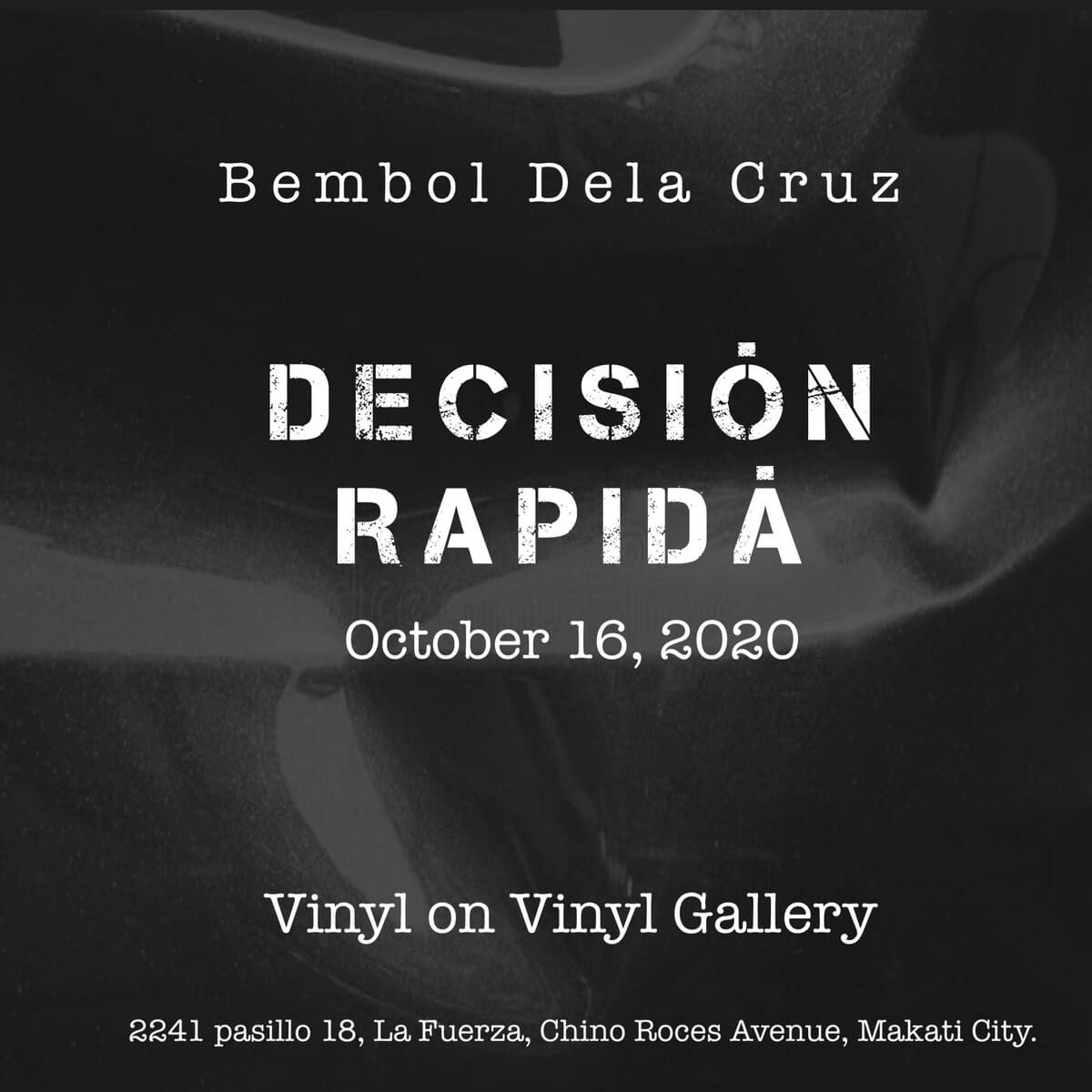 “Wrong place at a wrong time.” “Accident waiting to happen.” “Deus ex machina.” These are just some of the expressions people use when referring to the sudden appearance of an unforetold event, whose effects, especially when they are devastating, are always chalked up to Divine Providence, destiny, or sheer unluck. The influence of human element is sometimes minimized if not eliminated, consciously or unconsciously, in order to shape a narrative that no one could have predicted something that is so unsettling from happening, which is a direct opposite of how people would readily take credit for success or a good fortune, even if much of it is about being in the “right place at the right time.”

That there are no accidents is the premise of Decision Rapida, a solo exhibition of Bembol dela Cruz. In a suite of paintings and bocetos, the artist presents the resulting evidence of a decision gone horribly wrong: the metallic shell of a car severely dented or crushed, their wheels and engines no longer visible. Either the theoretical driver of the car (or of another vehicle) has made a wrong turn, swerved, or bypassed traffic signs, which has led to the unfortunate outcome. Totaled and essentially useless, the car is an indictment against a wrong decision made.

This decision, done in the heat of the moment (or rapidly, as the title suggests), amounts to something that is at once ghastly and irrevocable. Set against a black background and removed from any context, the car nonetheless prompts the viewer to imagine the precipitating event and the ensuing aftermath: the violent turn of the steering wheel, the flash of light, the deafening collision of metal. What happens to the driver and the passengers is offered as a conjecture to the viewer. What is undeniable is the evidence of the force of human effort, no matter how inconsequential it may seem at the onset, as it ripples out and escalates a series of unfortunate events.

For the artist, what passes off as an accident is merely a decision that has missed its aim. The decisions we make every day are not always consciously executed and immediately visible. Sometimes, they take the form of habitual action, which is usually harmless and unnoticeable. But these micro-decisions become dangerous when coupled with distraction. How many car accidents have happened because the driver could not help but look at their cellphone for just a second? In that brief space of time, a pedestrian has crossed, another vehicle has made its way. What has been initially envisioned as an ordinary drive becomes a vector of catastrophe.

Decision Rapida, while it paints a picture of destruction (with the works-on-paper portraying the damage on a much granular scale, achieving an almost abstract quality), is a call for mindfulness, which is slowly losing traction in a world that prizes multi-tasking and lightning-speed decision-making. Our being vigilantly observant spells the difference between safety and tragedy, between life and death. In the context of today’s pandemic, the littlest actions we take, such as wearing a mask, have real-life implications to the health and well-being of others. The dark version of an event, as dela Cruz posits it, is but a rupture in what has been a string of preferable scenarios. 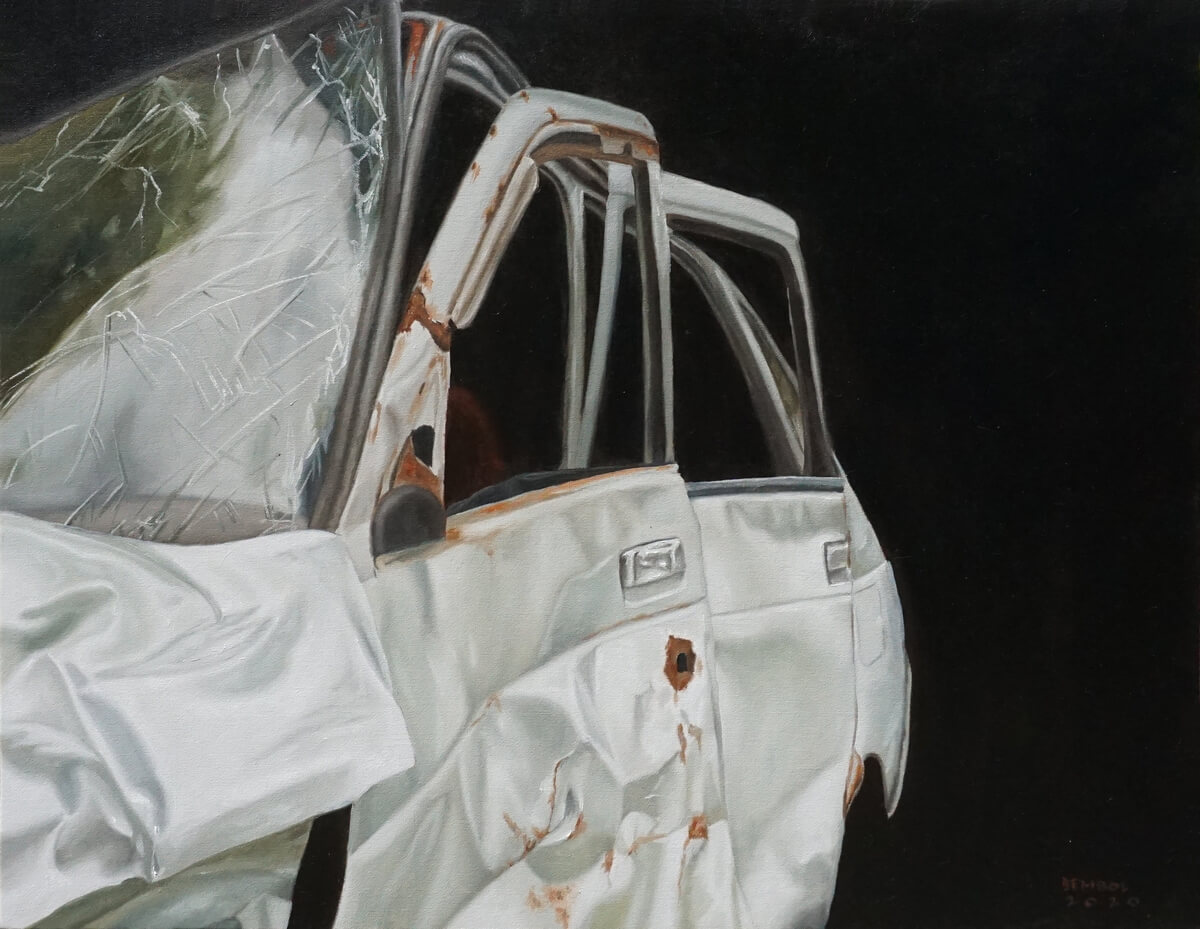 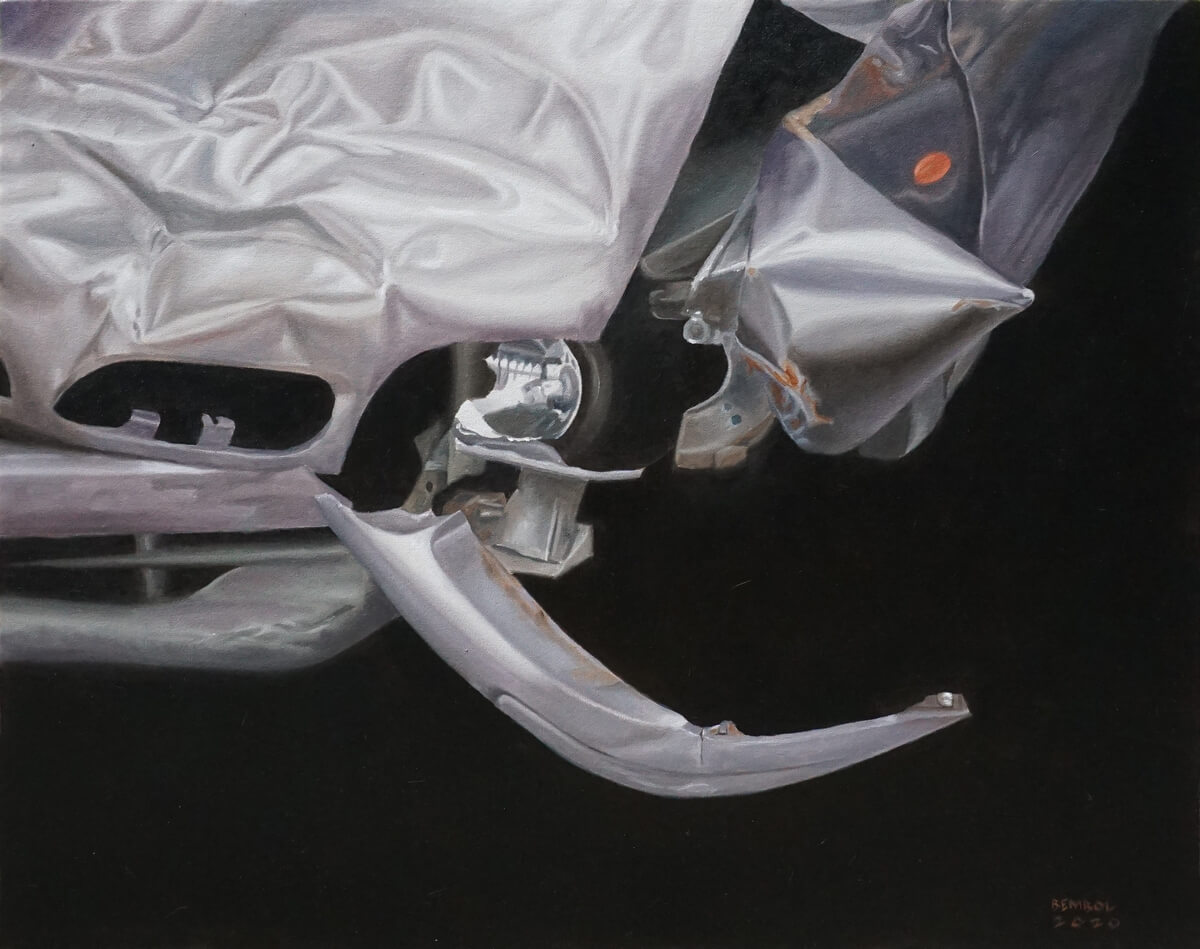 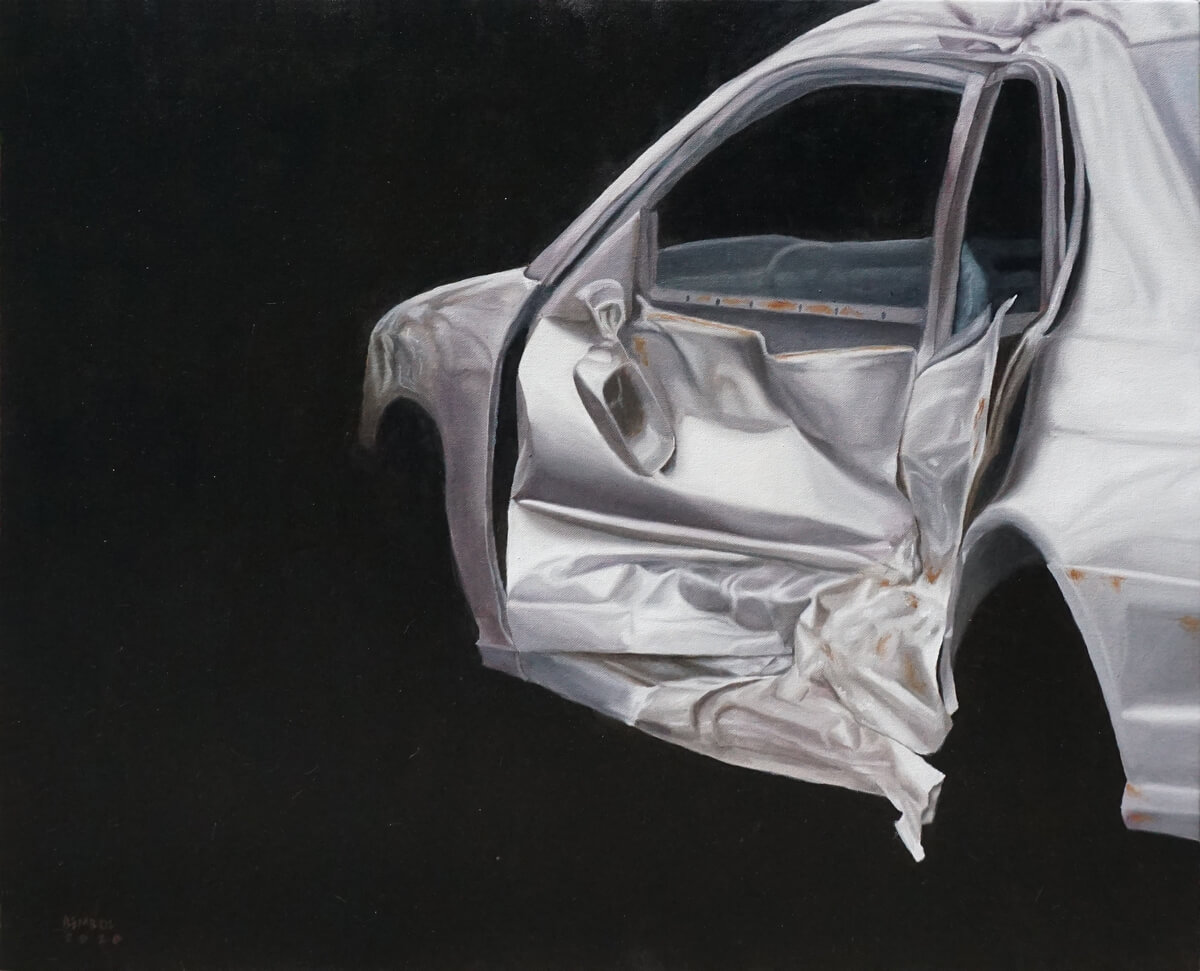 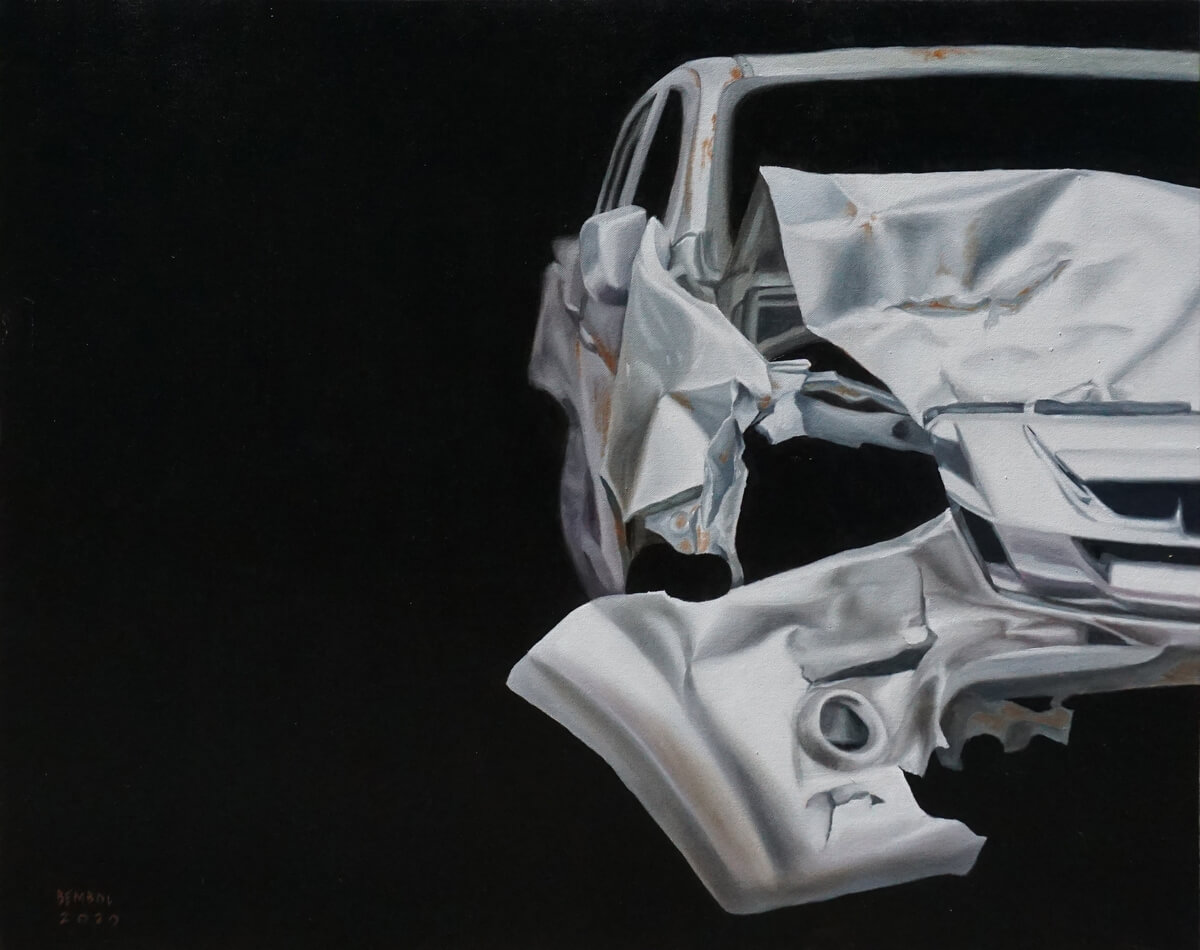 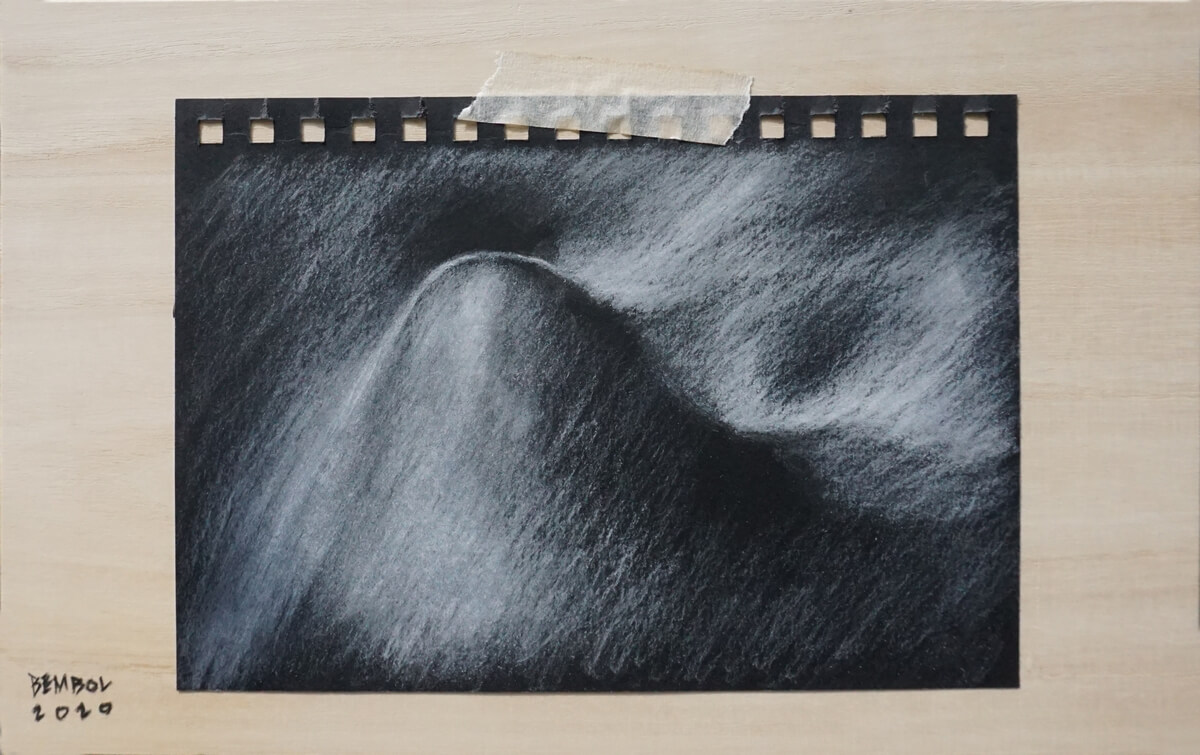 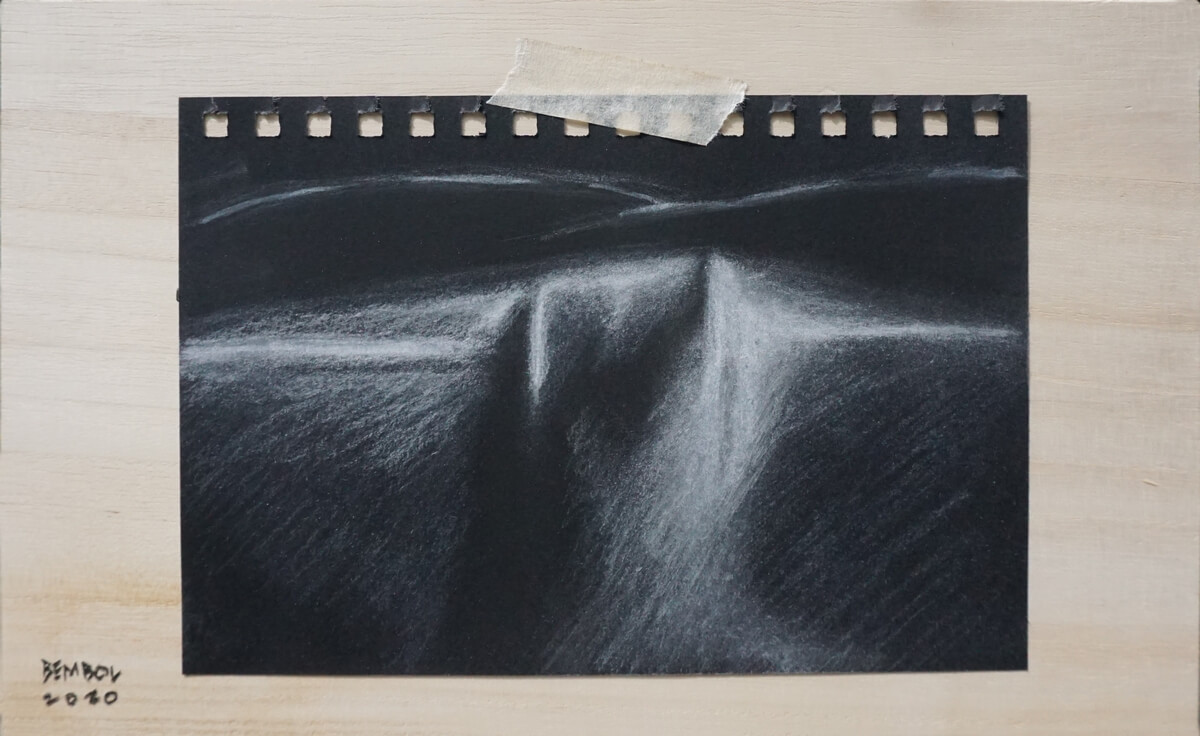 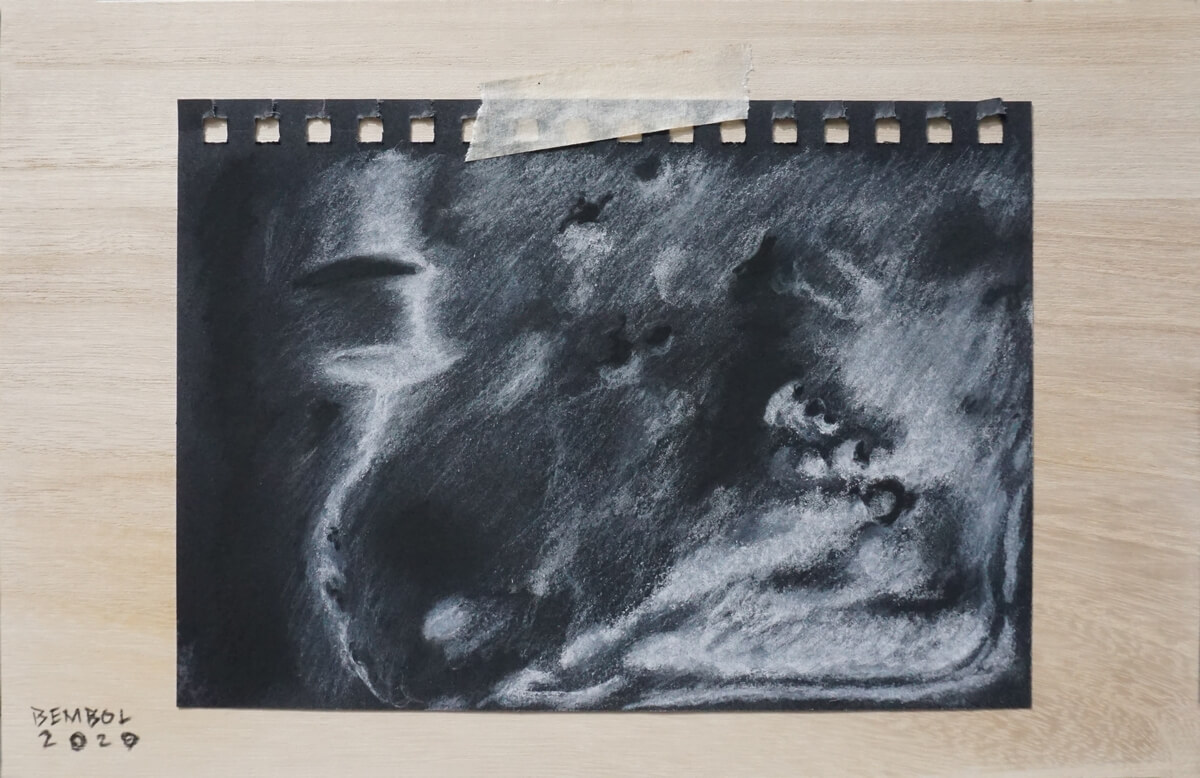 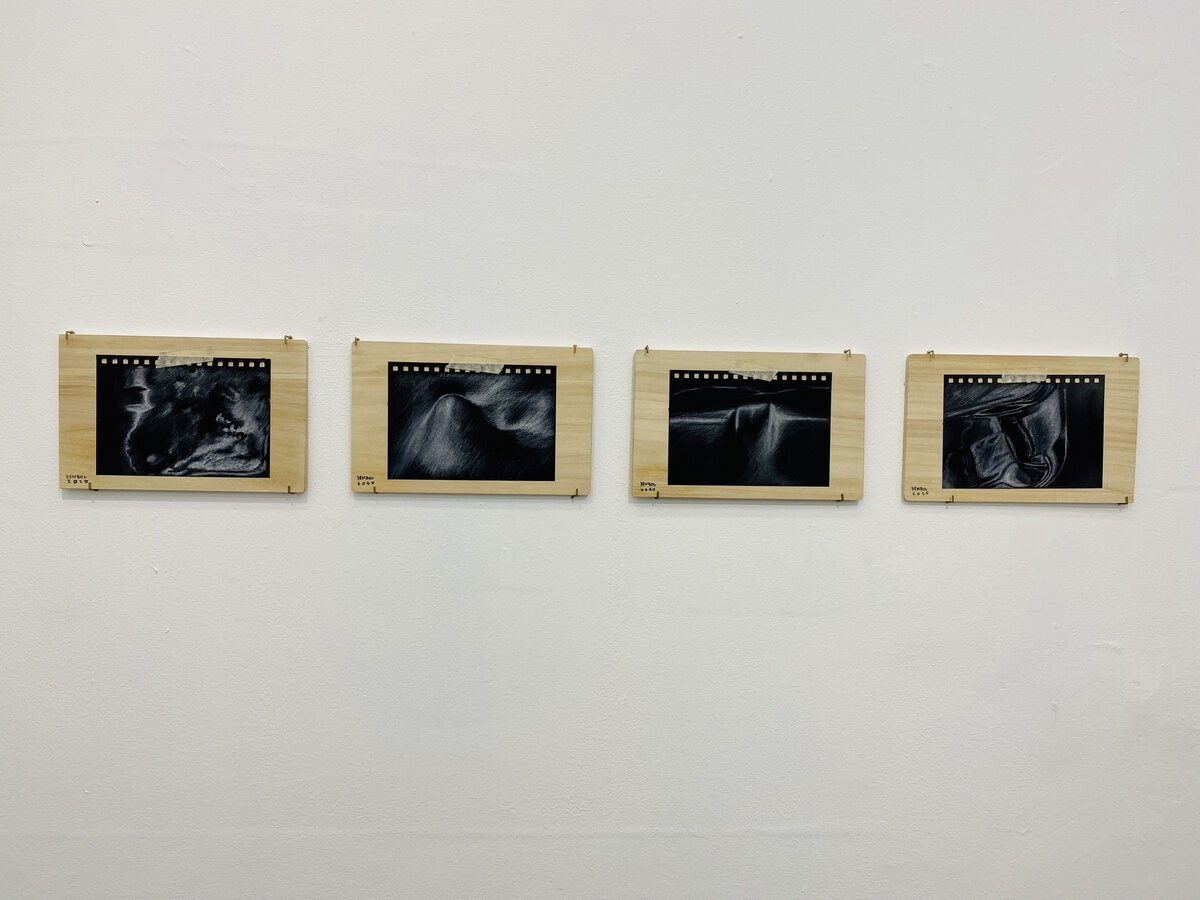 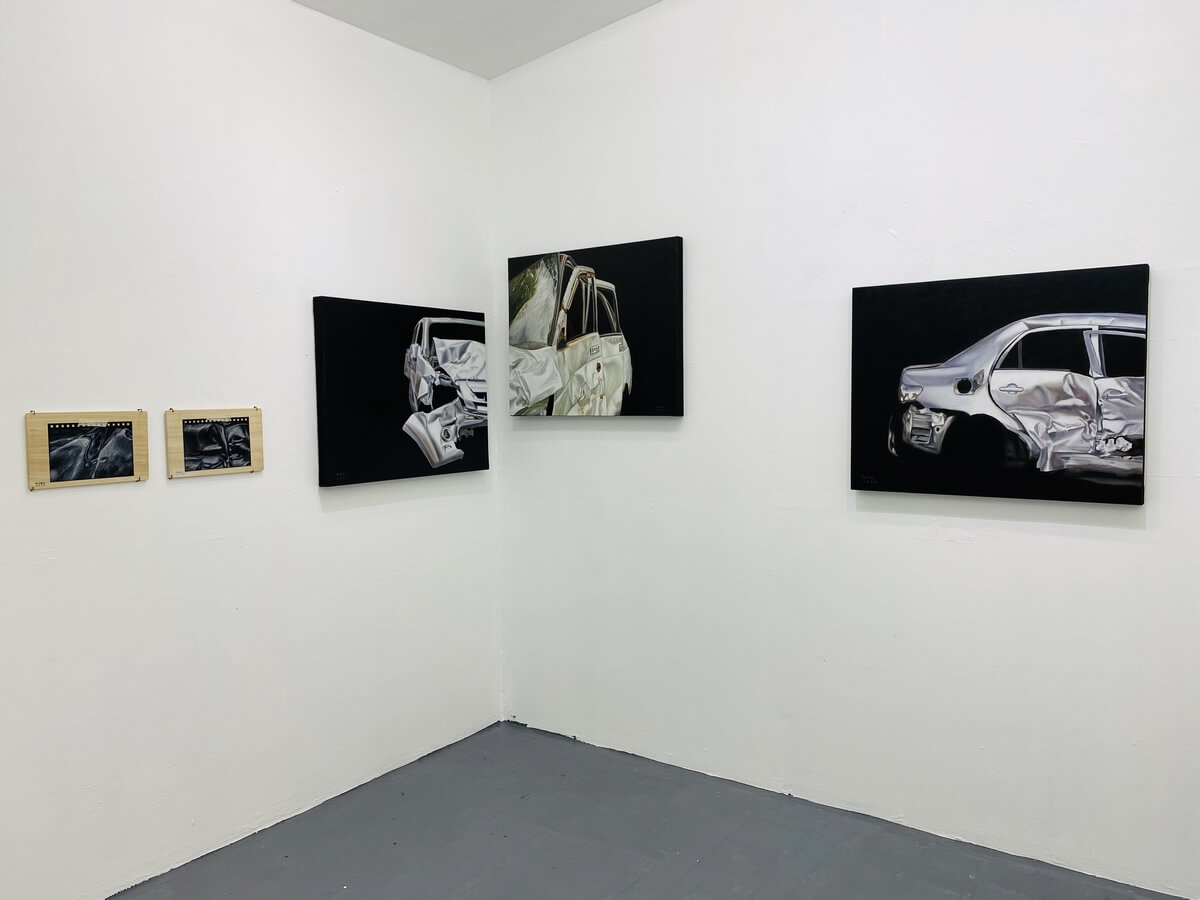 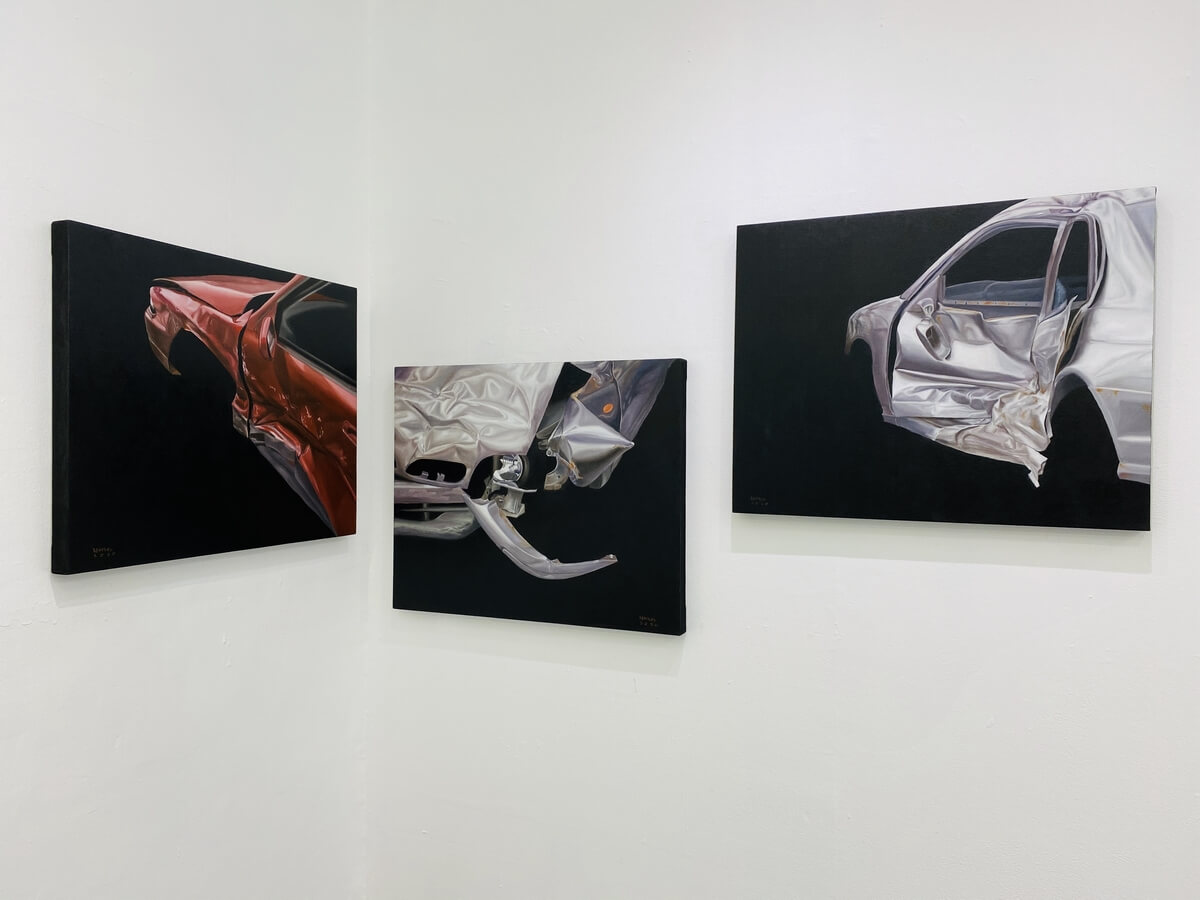