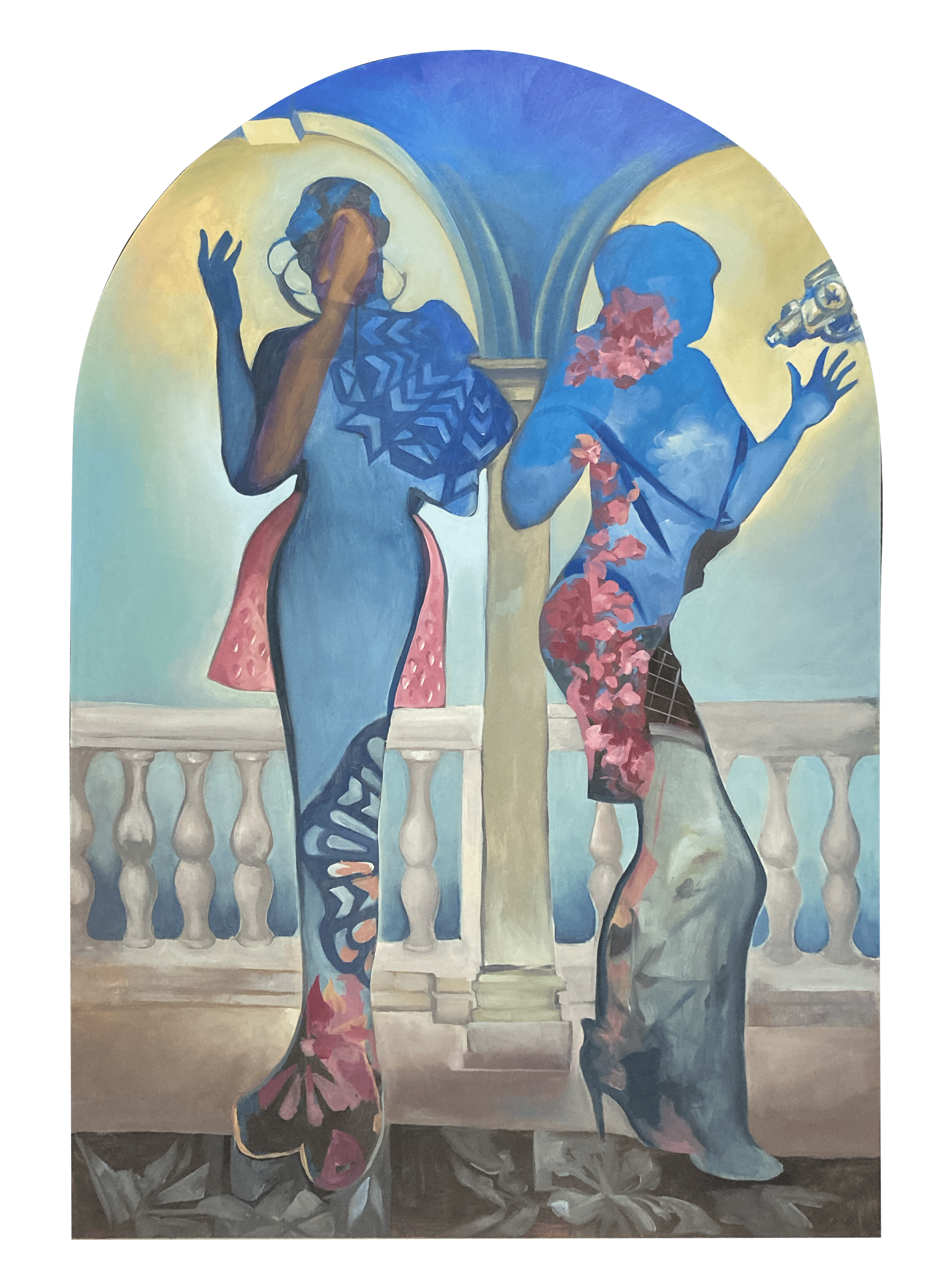 STRANGERS IN A STRANGE LAND

“All men have the stars but they are not the same things for different people. For some, who are travelers, the stars are guides. For others they are no more than little lights in the sky. For others, who are scholars, they are problems. For businessmen they were wealth. But all these stars are silent.

– Antoine de Saint-Exupéry, The Little Prince
.
A pale blue dot. This is how the astronomer Carl Sagan infamously summed up the entirety of human existence. Everything we have ever known and everyone we have ever loved simply “on a mote of dust suspended in a sunbeam.” No wonder our current generation is obsessed with concepts of interstellar travel, parallel universes, time loops, and whatever science can unearth beyond the realms of the terrestrial. Escapism fuels our curiosity, the inherent desire to gain distance from the familiar. Indubitably, centuries from now (perhaps even mere decades) when we’d have conquered other planets and called them home, we’ll look back at the blue star with longing…or be overwhelmed in its strange complexities.

This collection of paintings by Nina Garibay explores the speculative scenario of an unfamiliar homeland. Like a guileless alien emissary getting the lay of the land, she uses snippets and silhouettes from magazine collages to create a working narrative of the daunting milieu. Ubiquitous clouds and endless floors ground the outlandish characters who are either shrouded in mystery or missing, recognizable only by their exaggerated poses or the negative space that surrounds them.

Garibay guides us through this alternate reality by treating the canvas like a window to different story arcs, keeping us behind a safe, albeit symbolic barrier. 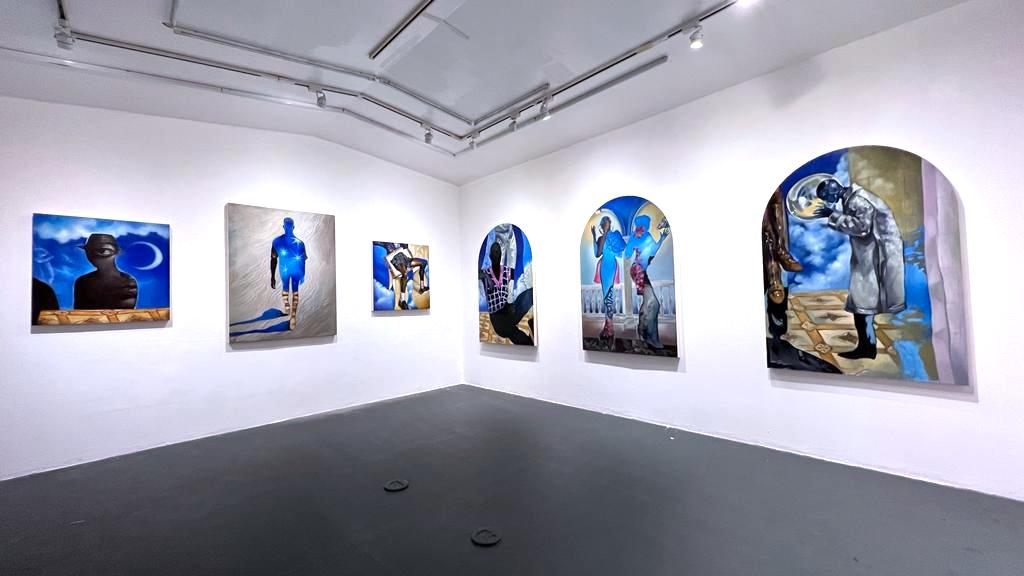 Sol 234
You have landed safely on Earth after your arduous journey. However, the atmosphere is tense. In Observatory, we spy upon the shadow of a man who looks back at us with a mysterious side glance, dissolving into a perforated layer. You are like the Starboy, a lone interstellar voyager navigating the unknown terrain. Tesseract features a man transported through a canvas. The title alludes to the fifth dimension, the portal between time and space. Will he make it to his destination?

Sol 365
It has been an earth year since you’ve departed from home. How quickly time passes here. And though we are equally human, the earthlings are not what they seem. Beyond the arches, your neighbors linger. Sentinel depicts a dark figure whose intentions seem as opaque and unreadable as he looks. Gemini represents two empty silhouettes like distant constellations, saying one thing but revealing other motivations. In the corner, the Actuarian peers tentatively into their new environment, carefully scrutinizing the minute details and keeping a quiet tally of the odds and ends. Perhaps, it will be easier to predict the future with enough data.

(a Martian year) – Happy Martian anniversary on Earth, dear traveller. You’ve been here for a year…has it been too long? A nostalgic souvenir, Arrival captures the onslaught of emotions that come with migration–excitement, anxiety, celebration, disparity. Scattered images play across the pictorial layers like a whirlwind around a glass couple, immobilized, awaiting safe passage in this strange land they call home.