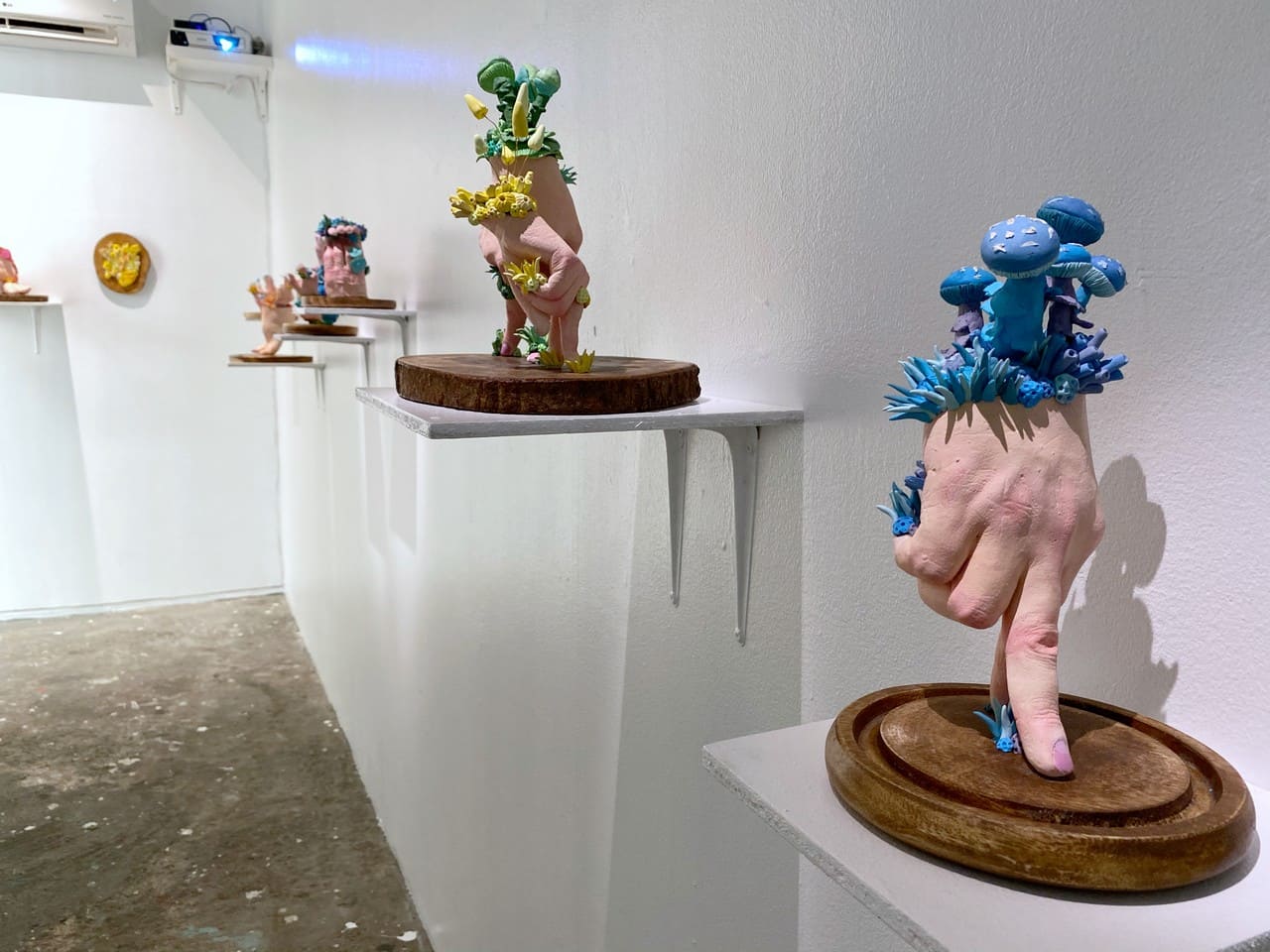 Both art and science in equal parts, life casting has existed since the ancient times. One of the most famous artifacts found using this process is the bust of Egyptian Queen Nefertiti, said to have been made circa 1350 BC. Michelangelo himself was accused of using actual life casts in his sculpture pieces as he studied the human form in painstaking detail. In the 18th and 19th century, however, casting gained common acceptance as the likenesses of great leaders and celebrities of their time were portrayed. Fast forward to modern times, when casting became a poignant way of fashioning baby souvenirs as art projects made by adoring parents in their own homes with craft kits. These casts were made to document, commemorate and memorialize, capturing memories and points in time in a person’s life.

Pat Frades’ exploration of creating sculpture pieces with the use of hands and feet she cast from family and friends is firmly founded on along standing tradition that combines the use of a humble material to lovingly create priceless mementos. By asking family and friends to allow her to mold parts of their body, she gives deeper significance to the exercise. The tactile character of each piece is reminiscent of human connection: a touch, a tap, a squeeze, a step, a tiptoe. The addition of psychedelic colored polymer mushrooms that Frades finds affinity to creates further dimension to each piece, blooming in joints, between fingers and toes, and attaching themselves to the skin’s surface.

As hand gestures in the different pieces explore known codes and body language, they also signify humor, play, comfort, supplication and hope. Themes of movement, support and togetherness pervade Frades’ works that portray feet, with a proliferation of mushrooms signifying development, expansion and hardiness. While Frades relates her loved ones to fungi, she extols them and gives tribute to how her budding art practice has been nurtured so far, with her creating a fantastic wonderland with luminous colors and organic forms that remind one not just of forest floors, but even of underwater gardens. Much as art making begins as a spore in the wind, Frades’ Growth shows inspiration and passion taking root and flourishing.

Pat Frades, also known as CHANIS, graduated from Far Eastern University in Manila. Introduced to the world of art via galleries, her immersion in the industry has driven her to create art pieces of her own. Growth is her first solo exhibition. 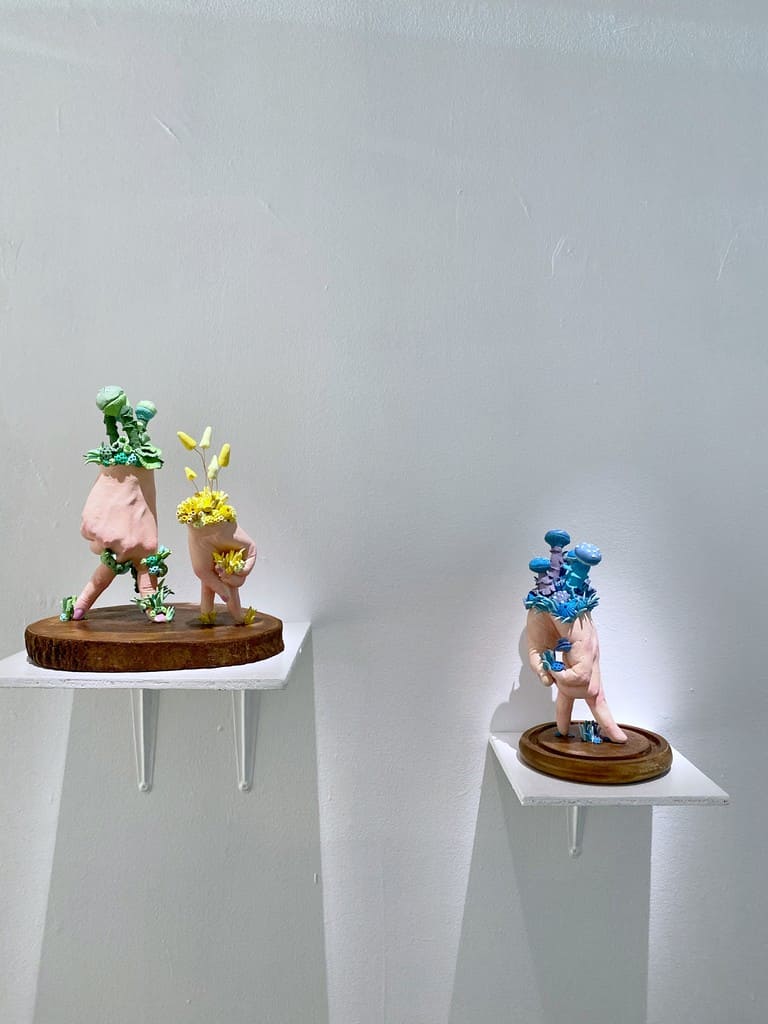 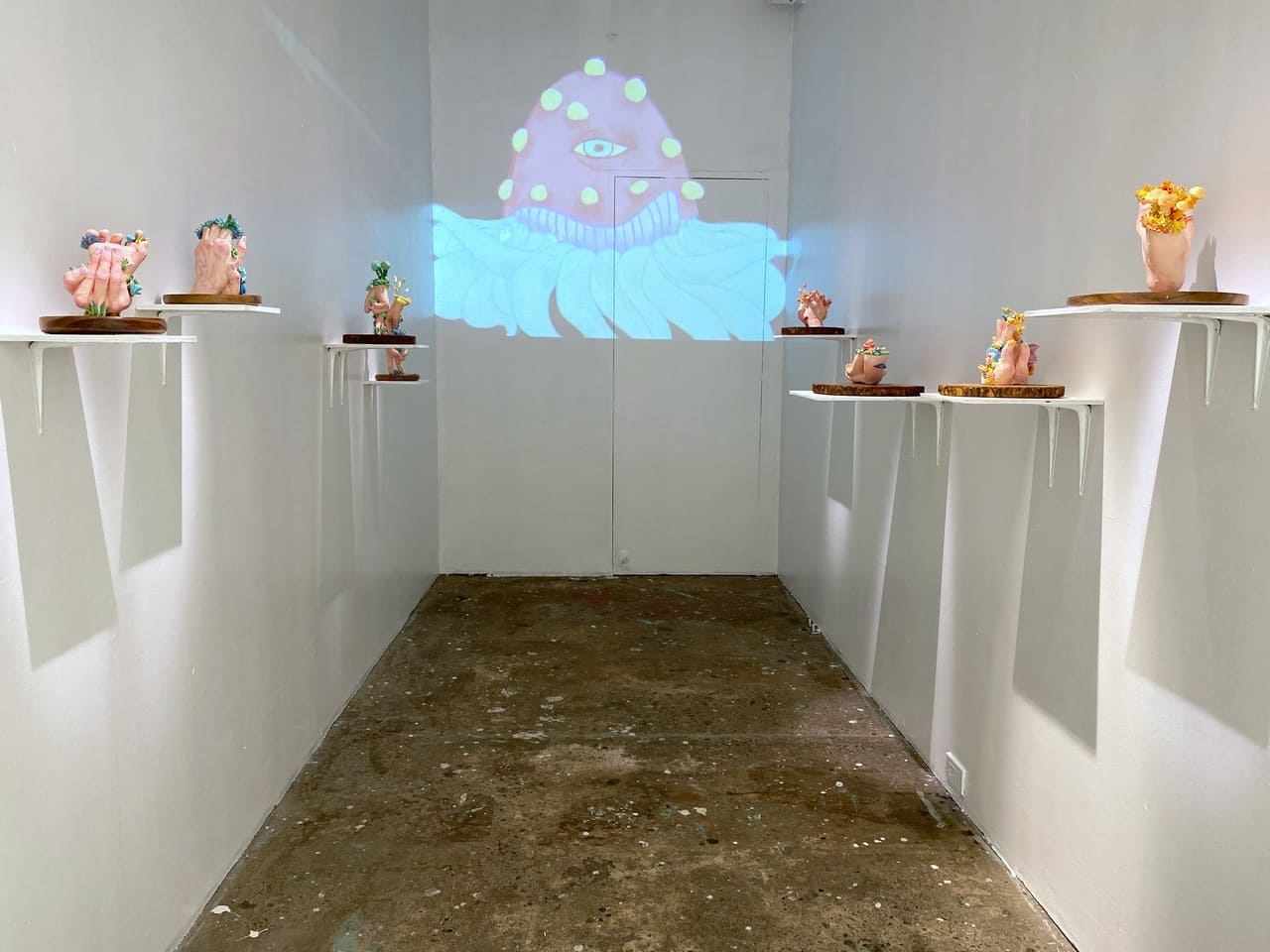