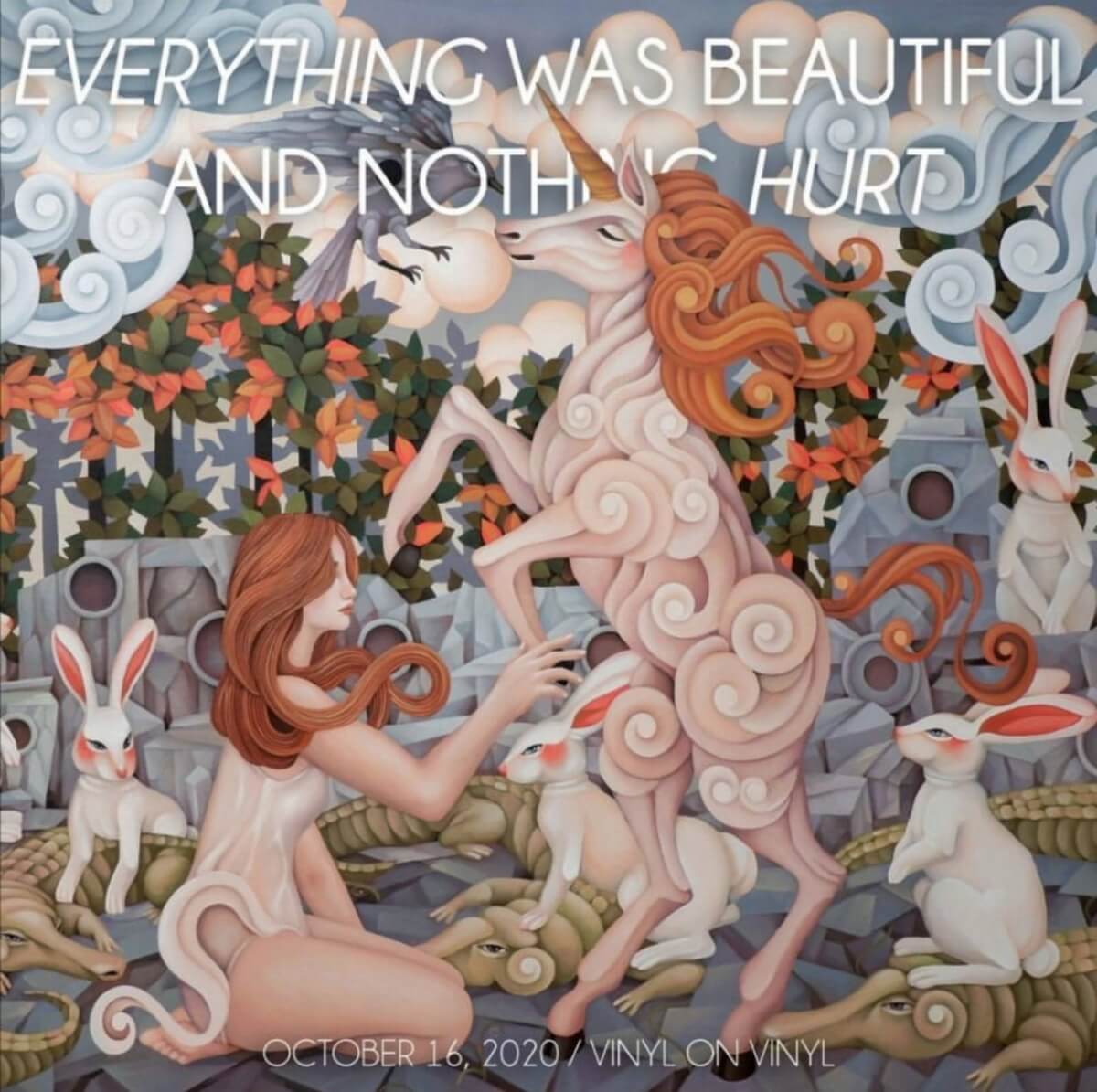 Everything Was Beautiful And Nothing Hurt

In Everything Was Beautiful And Nothing Hurt, Iyan de Jesus continues her portrayal of her fine-featured yet steel-strong maidens, this time staging them with legendary unicorns as a means to make sense of grief and loss while creating beauty out of painful remembrances. In the exhibition, the narrative of the artist’s pieces take the audience through intense emotions, both with the breathtaking skill and precision of the artist’s paintings and her flair in telling compelling stories through her canvases.

Throughout history, the unicorn has been the stuff of legends: it has been described since antiquity as a horse-like creature with a single horn projecting from the center of its forehead, said to cure diseases and neutralize poison. In European folklore, only a virgin can tame a unicorn due to its extreme wildness, purity and grace. Hunters set a trap in the woods by placing a maiden in a clearing, and wait in hiding as a unicorn is irresistibly drawn towards the maiden and falls asleep on her lap, as illustrated in numerous paintings, books, and tapestries. Familiar to all generations, it has found a resurgence in popularity and pop culture through animation, fashion, and even food and beverages. Part fantasy, part rarity, the unicorn continues to be used as a symbol of glamour and unattainability.

Unfolding A Page in Hyperspace is a veritable spectacle of celestial bodies, as de Jesus paints a skybound ship with maidens riding unusual flying vessels amongst the stars — a whale, a unicorn, a hare and a fish. The diptych continues with the maiden finally making it to land, where ruins and dark trees lay witness to a congregation of crocodiles seemingly calmed by gentle rabbits, and a raven symbolizing loss hovering. Borderline of Flesh and Dream shows a flowing river, gray and swampy, while undines guide a maiden’s boat through the choppy waters and prepare to secure it to the shore. A shy unicorn waits on land, almost teasingly testing the waters with its hoof. Islets serve as background, but instead of being laid flat on the water, it seems they are also trying to build height to reach the skies. In Setting Stages for Urgent Monologues, the water appears rougher, as we becomes unsure if the creatures caught on the churning waves of the river are still the friendly undines, or other beings. Several birds appear to be squawking, creating cacophony with a horn. This time, the unicorn is safely with the maiden on the boat, but we are not aware if danger does not eventually send their journey to disaster. Order Me A Sky from a Florist shows fortresses and ancient ruins in the woodlands as setting, with clear skies and twinkling stars in the heavens. However, the walls of the fortresses seem to forbid further exploration, creating a dead end, while elevated structures are built to reach the moon in futility. A fire is out and all is calm as unknown shadows haunt the periphery yet offer comfort all the same. A lion, a sworn rival, faces the unicorn, and what happens next becomes mystery to be told another day. 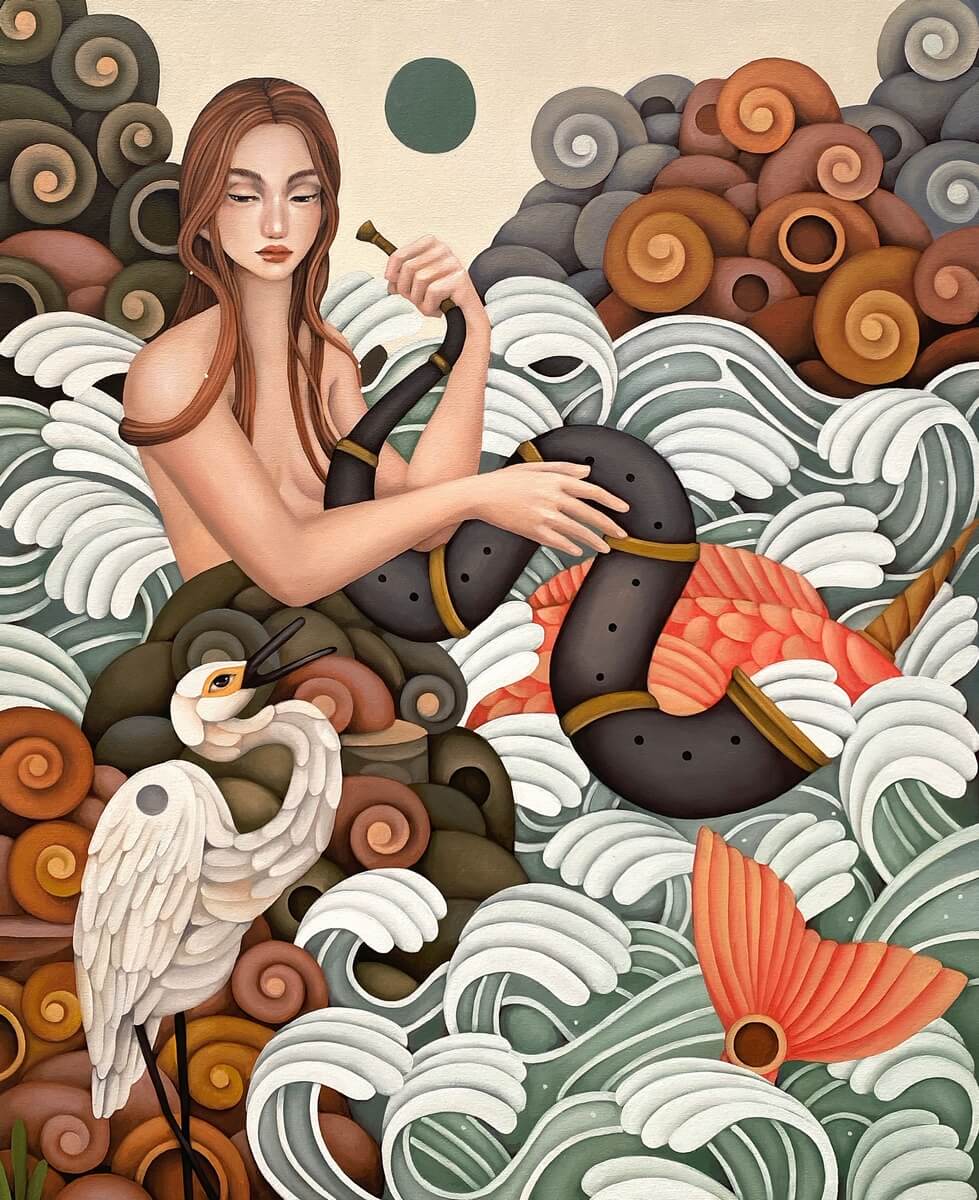 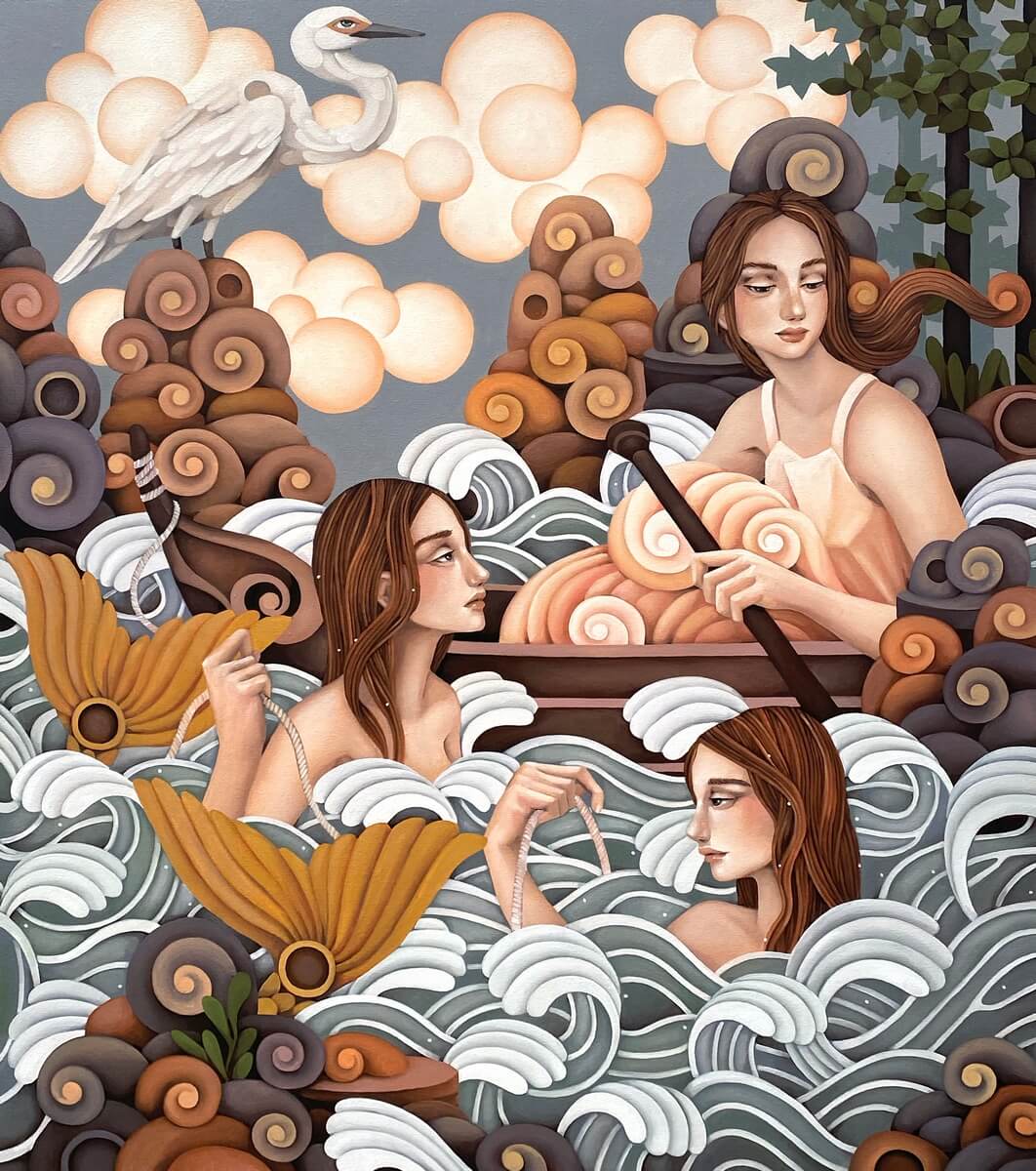 As de Jesus’ maidens and unicorns become the imagery of lore and legend, the lyrical interpretation of the scenarios we find the figures in imbue the works with wistful sadness and deep rumination. Across the ages, both the maiden and unicorn are symbols of prey being hunted: for their beauty, for their rarity, as trophies. By focusing on these characters, the artist shows not only the seduction of The Other’s gaze, but also the grace, strength and noble bearing that suffuse these gentle beings, despite of the violence and constraints meted them. In Slaughterhouse-Five, Kurt Vonnegut’s bestselling novel on war and timetravel, the lead character Billy Pilgrim is quoted as thinking, despite going through captivity and the horrors of war, that everything was beautiful and nothing hurt. Possibly narrating the character’s defense mechanism borne of PTSD, or rather, with a deeper reading, the author stating satirically that life does have ugly and painful parts, and these are the things we have to accept if we are to continue surviving, the artist draws on this parallelism in imparting truths in coping and tempering our resolve. De Jesus’ works come with the assertion that we may be sugarcoating reality whenever we process them as memories, much like filters found on social media – making everything hazy and giving them more favorable light, if only to protect our sanity and come to terms with it. We only have to count on what we know for sure–we all go through circumstances. Eventually pain disappears, and we find, on hindsight, that we become stronger as tragedies transform into precious lessons we learn along the way. 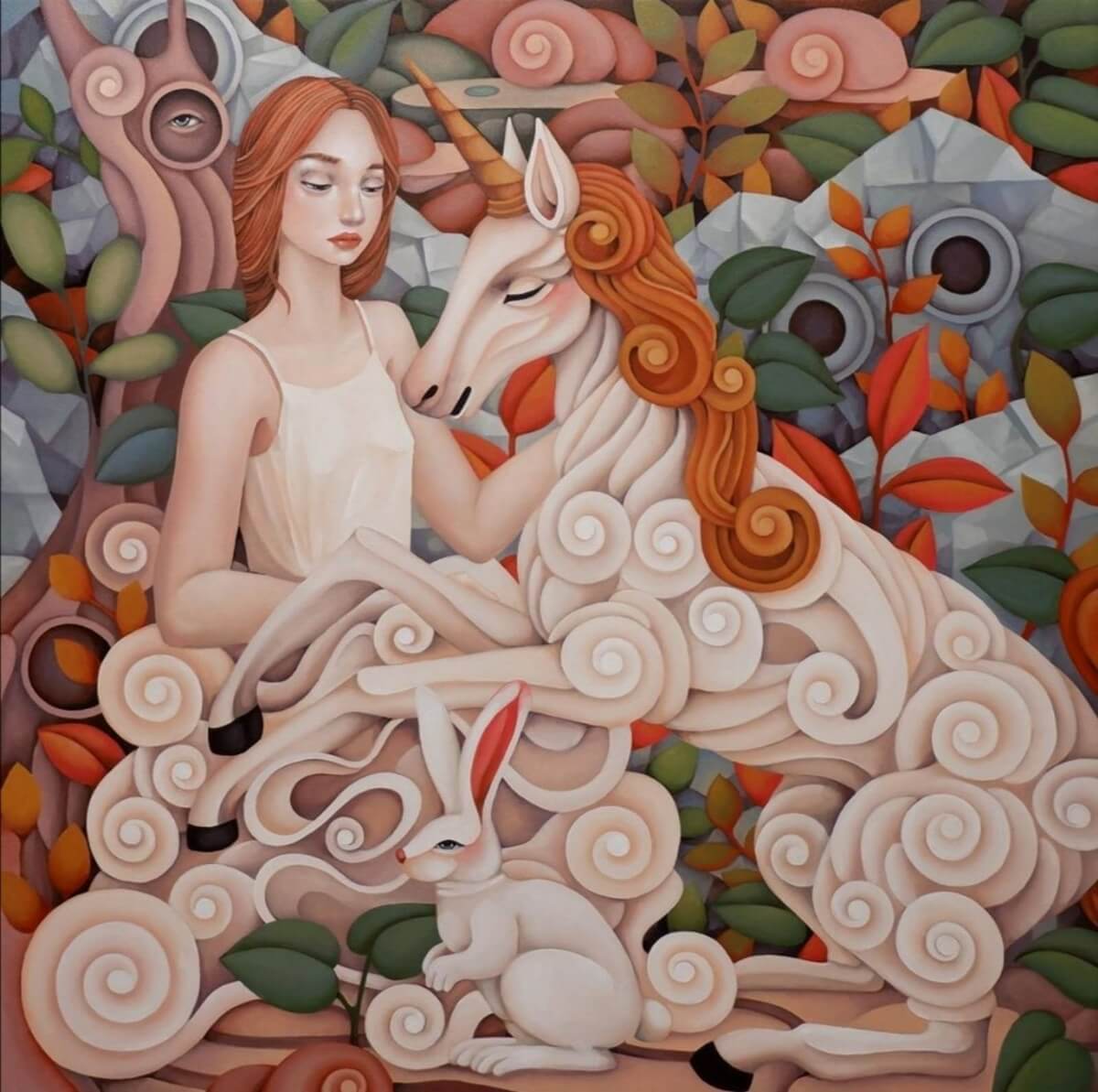 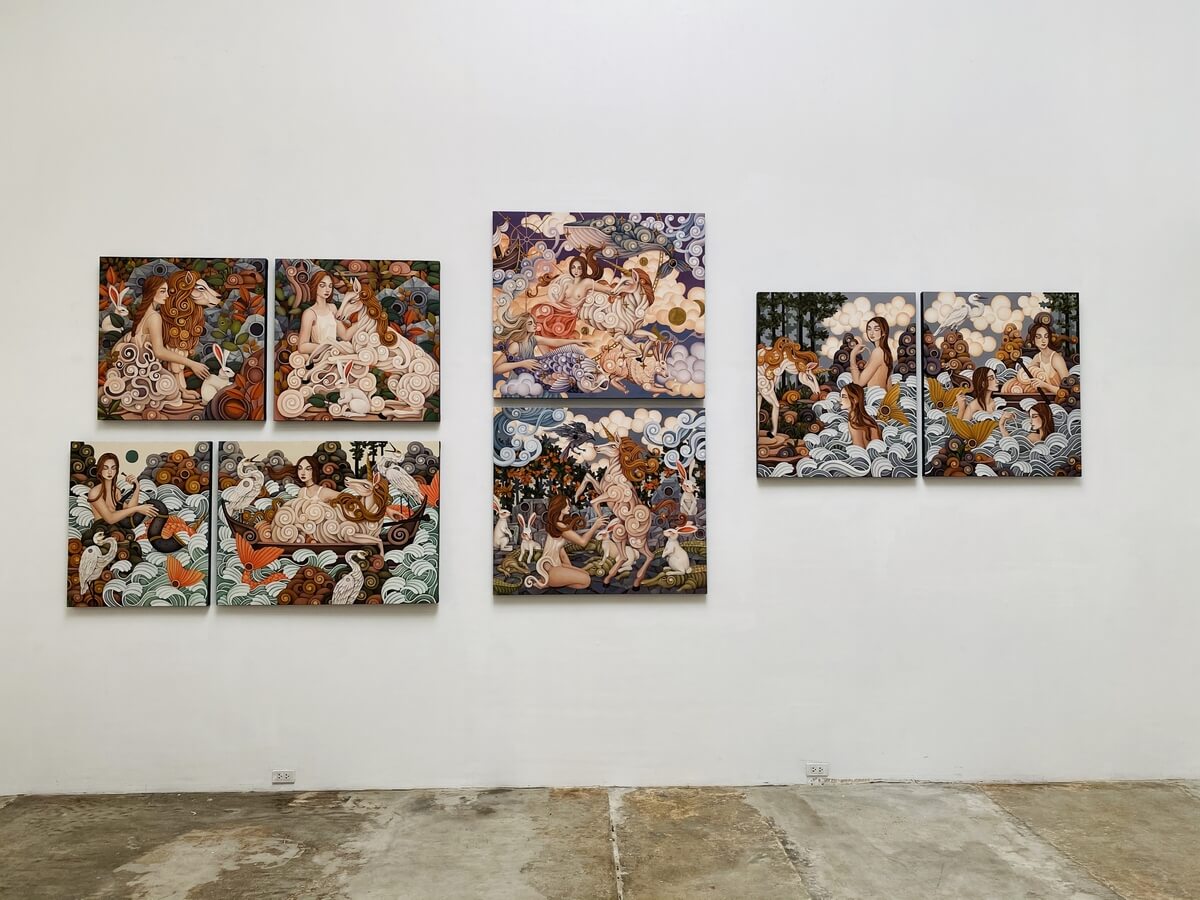 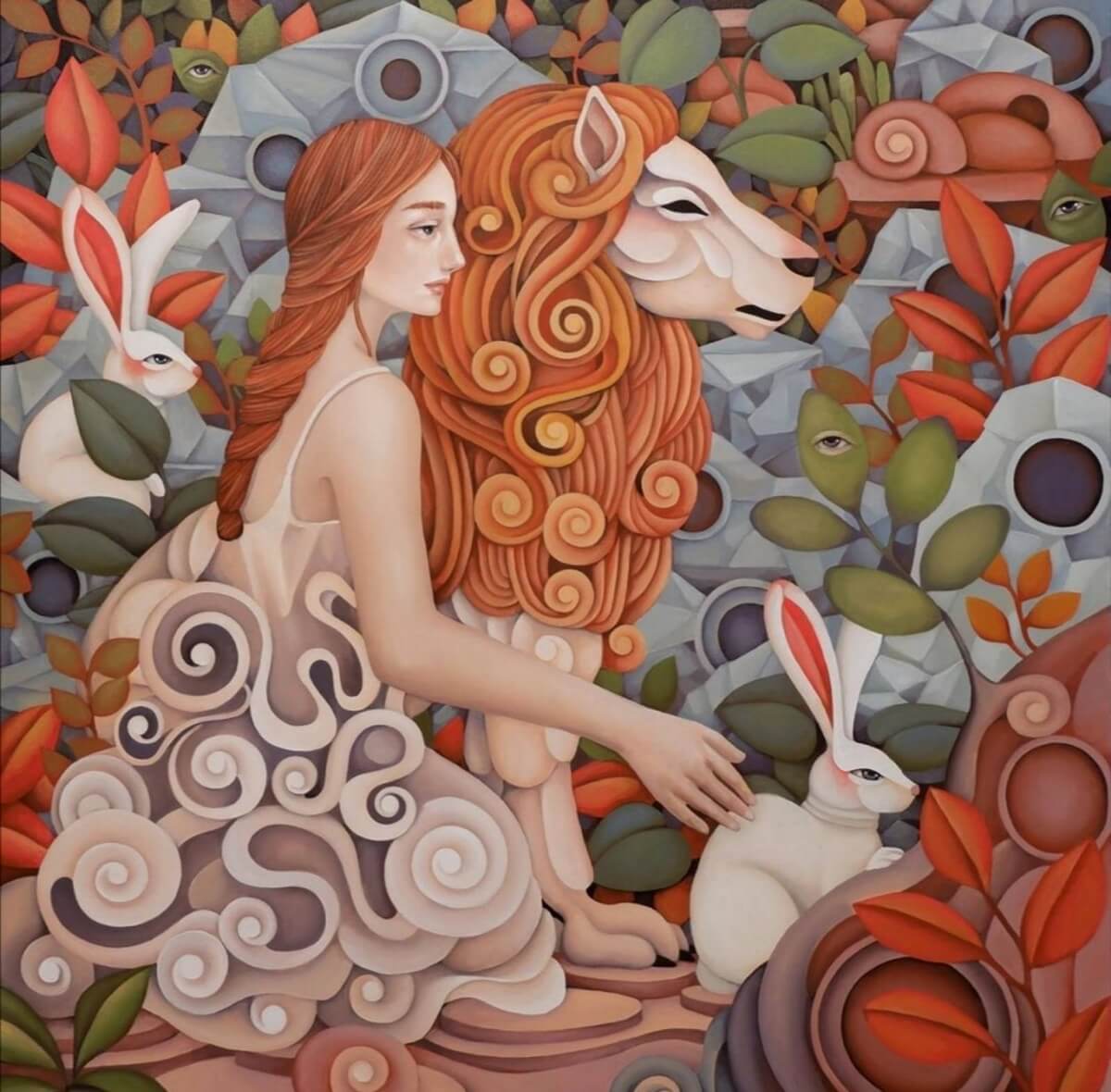