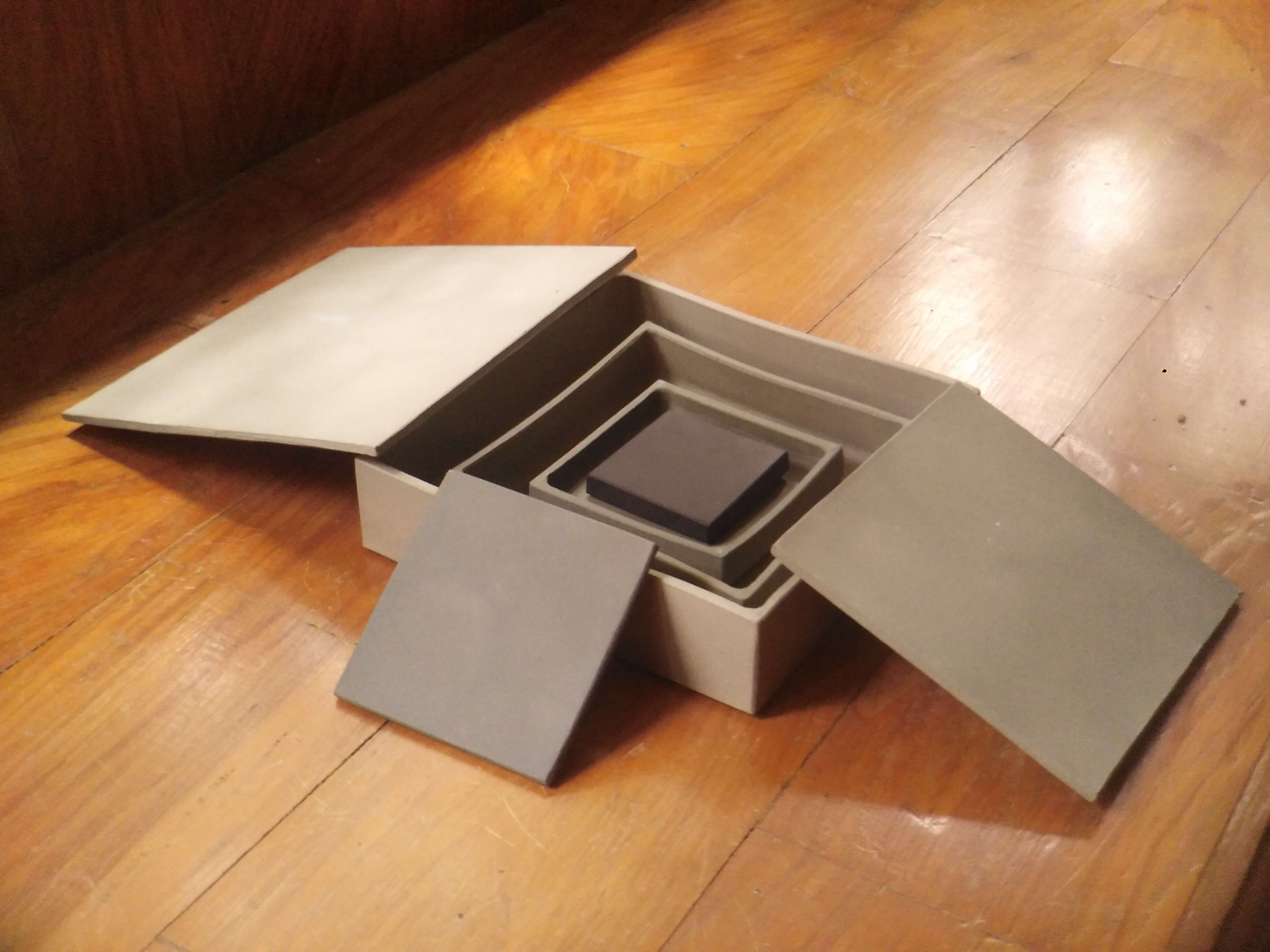 The profound yet delicate simplicity of these words can conjure a multitude of thoughts, much like the medium of clay. Pottery making is deeply fused into the economics and culture of civilizations, and in many cases, integral in the telling and record keeping of their stories. A clear example comes from recent anthropological studies of rice terraces in the Philippine Cordilleras. An analysis of organic residue inside clay pots unearthed by archeologists has revealed new discoveries on the age of the terraces, dating them to be only 500 years old (versus the former assumption that they are 2,000 years old), attributing the necessity of terrace building to people migrating upland as an escape from Spanish colonial rule. These studies on material culture are important in understanding pre-history and migration patterns. In our current era, the economics of rice has lately become increasingly political with the controversial rice tariffication law, resulting in farmers losing billions in revenue, hitting the poorest sector of society, followed by a recent election campaign built on the pledge of implementing a price cap on rice. 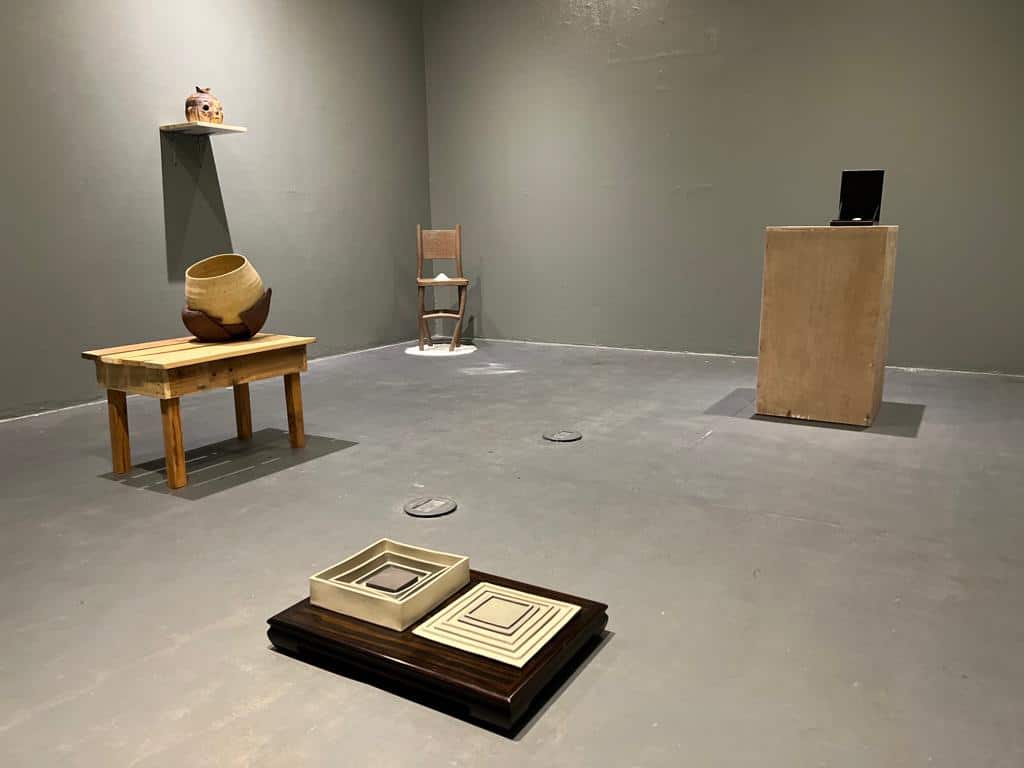 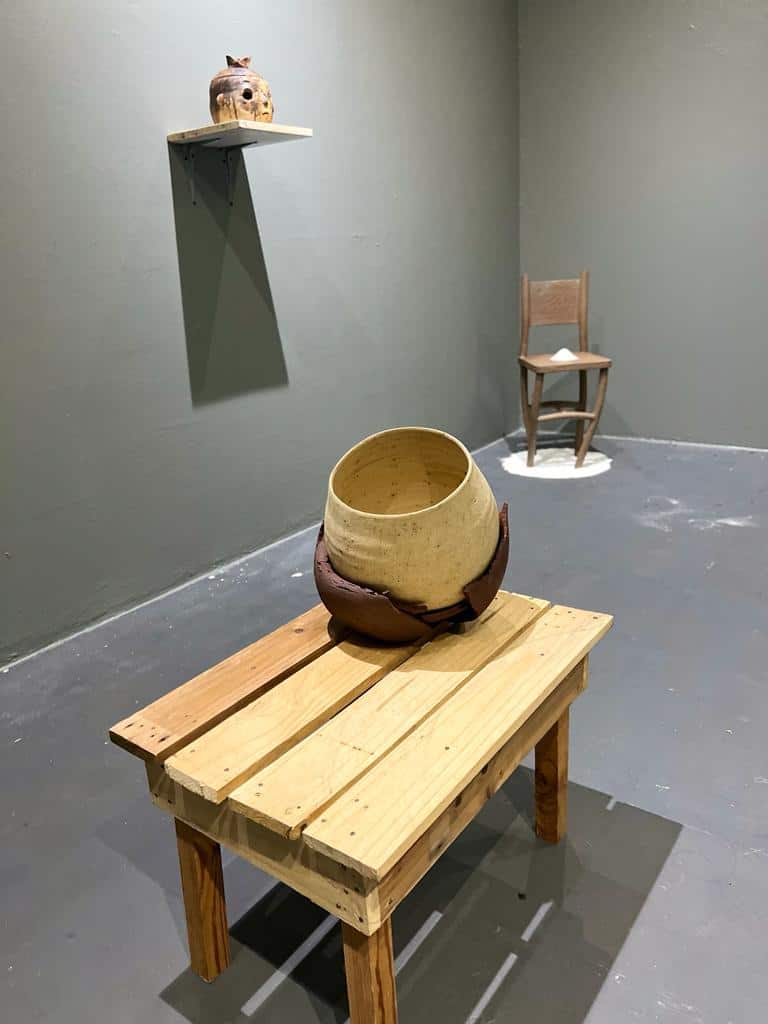 For our young generation of Philippine ceramic artists, making work with clay can transcend the pure functionality often associated with traditional clay objects, and be an instrument for discourse on prevailing socio-political issues. They delve into themes on collective tragedies, disillusions of public service, economic uncertainties, unequal food distribution, the inability to progress, and how society deals with these egalitarian struggles.
Iori Espiritu recalls the typhoon and boat-sinking catastrophes surrounding her hometown, Polillo Island, resulting in the unnecessary loss of lives. Her work is a personal account, rooted in the plight of fellow islanders. She used materials to represent the island: locally sourced terracotta, ash burned from burned driftwood and coconut husks, and iron oxide to mirror the metal make of the boats. The resulting textures and surface treatment serve as a reminder of the constant tragedies. In recent years, response to tragedies have brought focus on Filipinos’ “resilience”, a term that can excuse public service from acting swiftly and effectively to help those in need. Ella Mendoza reacts to the current state of public service through the representation and definition of a chair. Chairs symbolize power and status, but also comfort. A person who offers a chair does so out of genuine concern or as an act of service. Chairs are witnesses to our actions and to our periods of rest. Mendoza’s ceramic chair is rendered non-functional; translated to the social context, public service can be initially inviting, later revealing that it fails to deliver its promises. 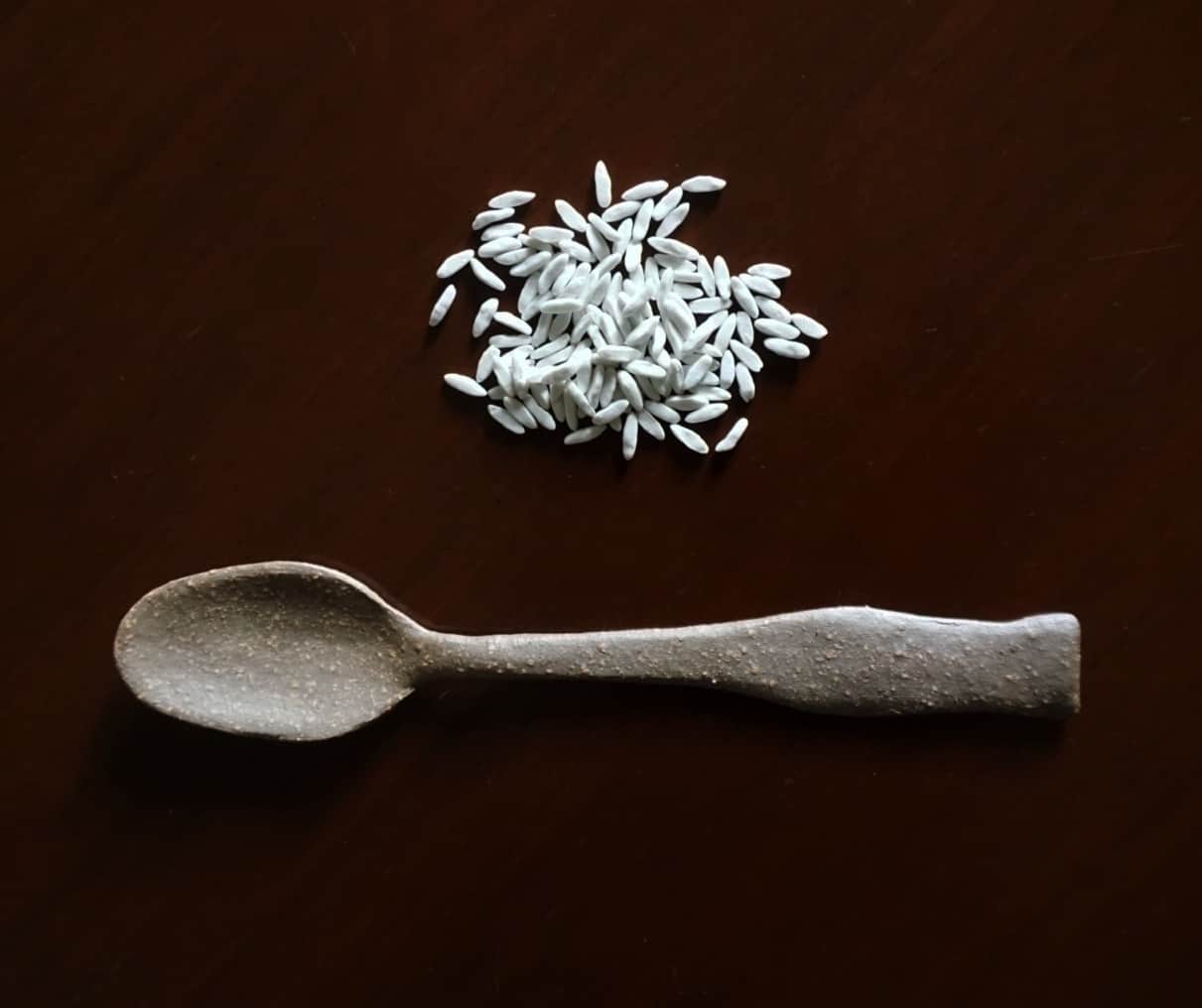 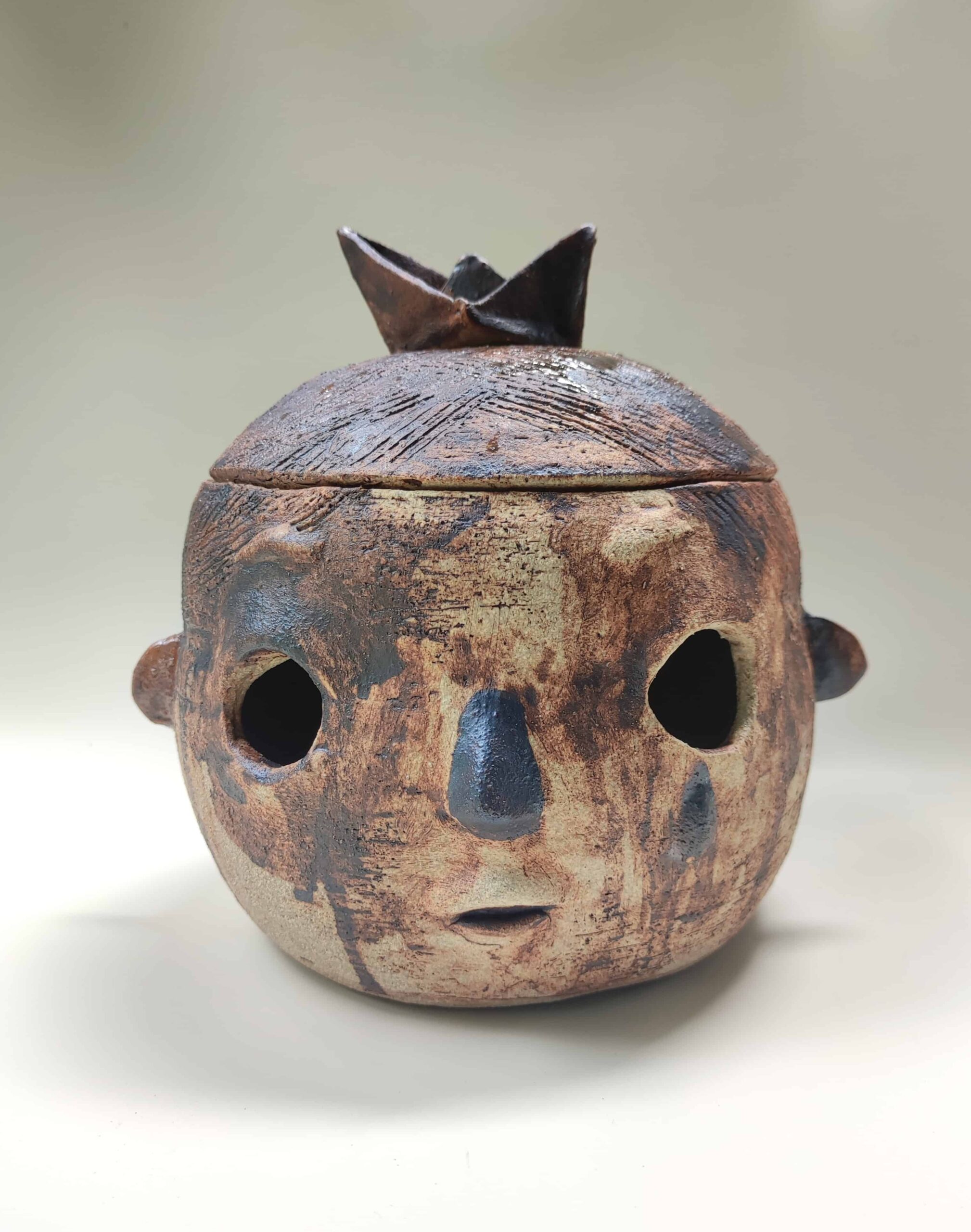 Responding to society’s mounting desperation with the inequitable distribution of resources, Jezzel Wee builds a series of nesting boxes in decreasing size, placed one inside another. Each box represents how we compartmentalize resources. The boxes are glazed beginning with the lightest tone for the largest outer box, shifting to progressively darker shades of gray, with black for the smallest, innermost box. The act of removing each piece from the outside going in creates a feeling of anticipation along with increasing fear, mirroring the uncertainties of reaching a void one would face when down to one’s last resources. This uneasiness is likewise captured by Ness Sheen, with a figure reclined in a fetal position, the body partially above and partially under a sheet of glass. The glass represents water; hence the figure may appear partially submerged, with the possibility of drowning. Despite sensationalism surrounding the plight of the oppressed and a rising hero complex seen in social media, most of society remains on the bobbing brink of survival. For many households in deep poverty, suffering hunger and malnutrition, a spoon of rice is a special treat, the closest they would get to a full meal. Koki Lxx brings light to this reality through the sculpture of a simple stoneware spoon that acts as a bowl, filled with delicate porcelain rice grains. The utilitarian, rustic spoon, an everyday tool, is a metaphor for the farmers and laborers who produce our staple crop. Its shape is modeled after an industrially mass-produced spoon given for free with a Coke purchase. The porcelain rice, which are individually handmade, represents the preciousness of rice as a commodity. Ironically, the Philippines imports its rice supply; it is an agricultural country that produces significantly less crops than other countries with more arable land. This problem is both political and economic, beyond the complexity of geography, and will likely take decades to resolve.
How one chooses to perceive his plight leads us back to the haiku of Matsuo Bashô. Marco Rosario, an avid reader of Bashô’s poetry, refers to the Zen Buddhism practice of channeling stillness amidst chaos. He shaped vessels out of two different clay bodies, each requiring different firing temperatures. When fired together, one of them is expected to melt or crack while the other would remain intact. By combining these elements, Rosario presents the equally meditative and tension-riddled affectivity that come with pottery making, relating it to how different personalities may react under stressful situations. Bashô’s haiku appears to see the bright side even in the bleakest of conditions. 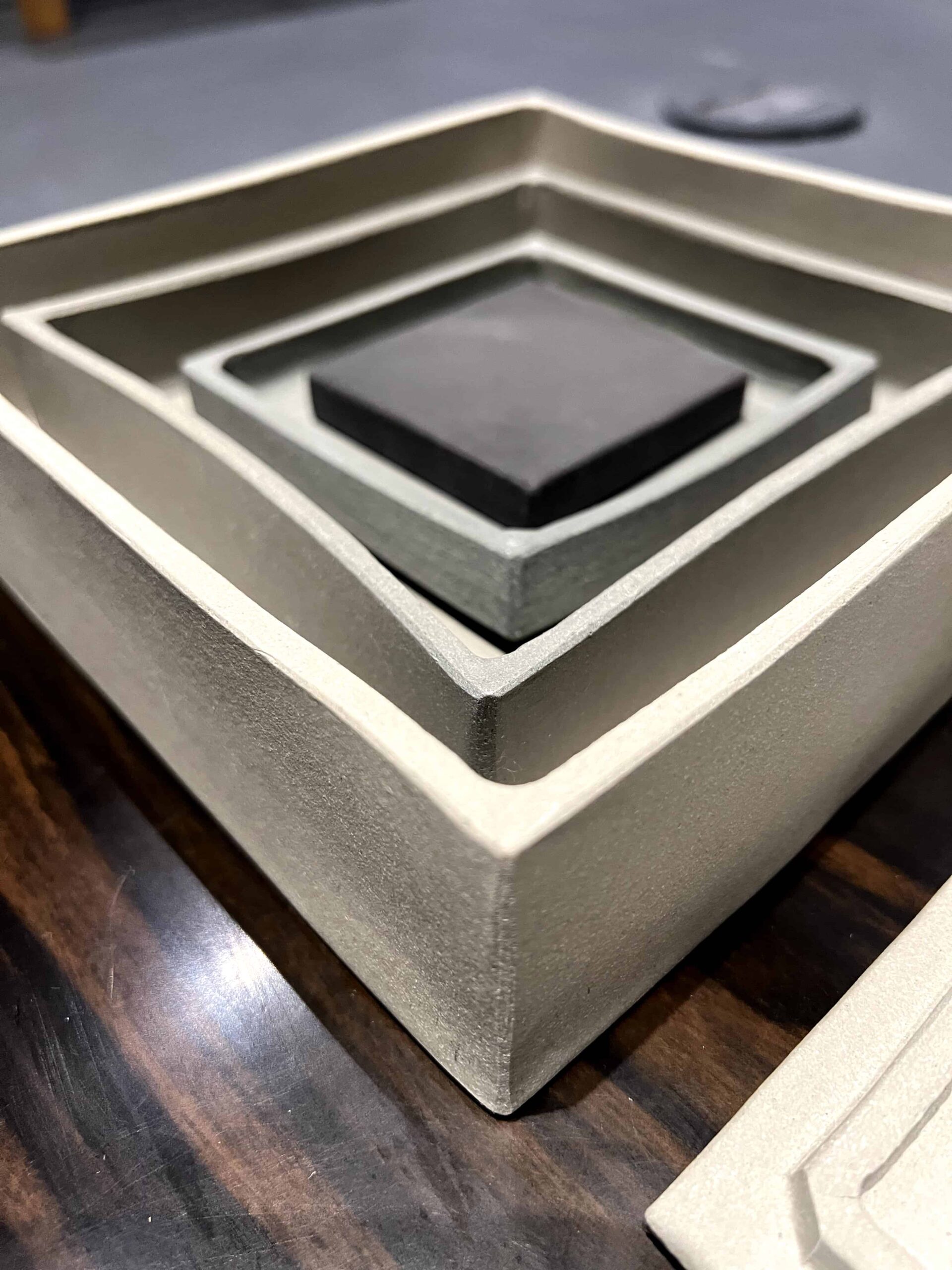 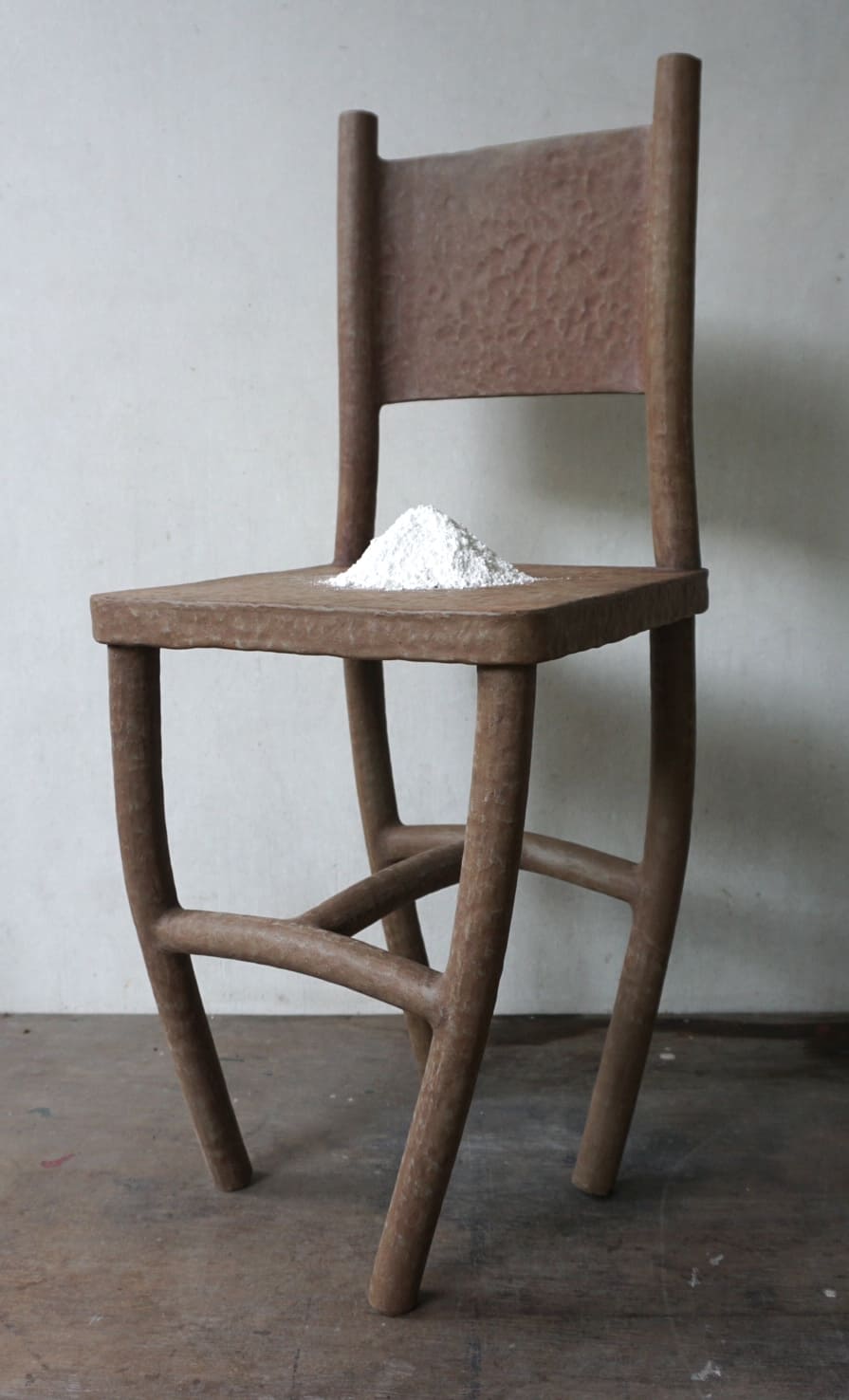 The poet Angela Aliamo O’Donnel posts an analysis of Bashô’s haiku: “The sparseness of haiku suits its subject—the finding of plenty in the midst of dearth, of presence in the empty fact of absence, of affirmation amid the cry of lamentation. And what are these flowers that substitute for food if not words—bright blooms we cannot eat, that won’t sate our human hunger, yet feed the ear and eye? And what are haiku but small bowls of roses offered on the altar of our mortality, momentary flashes of Being that enlarge and amplify our own?” Perhaps this is the most important role of art. These objects empower artists in making a stand and lending their voice. What we have here is a tiny exhibit; nonetheless, showing that contributions to progress can be made in small steps, not necessarily through the grand gesture, and big statements can be condensed in a humble object, as in a haiku. 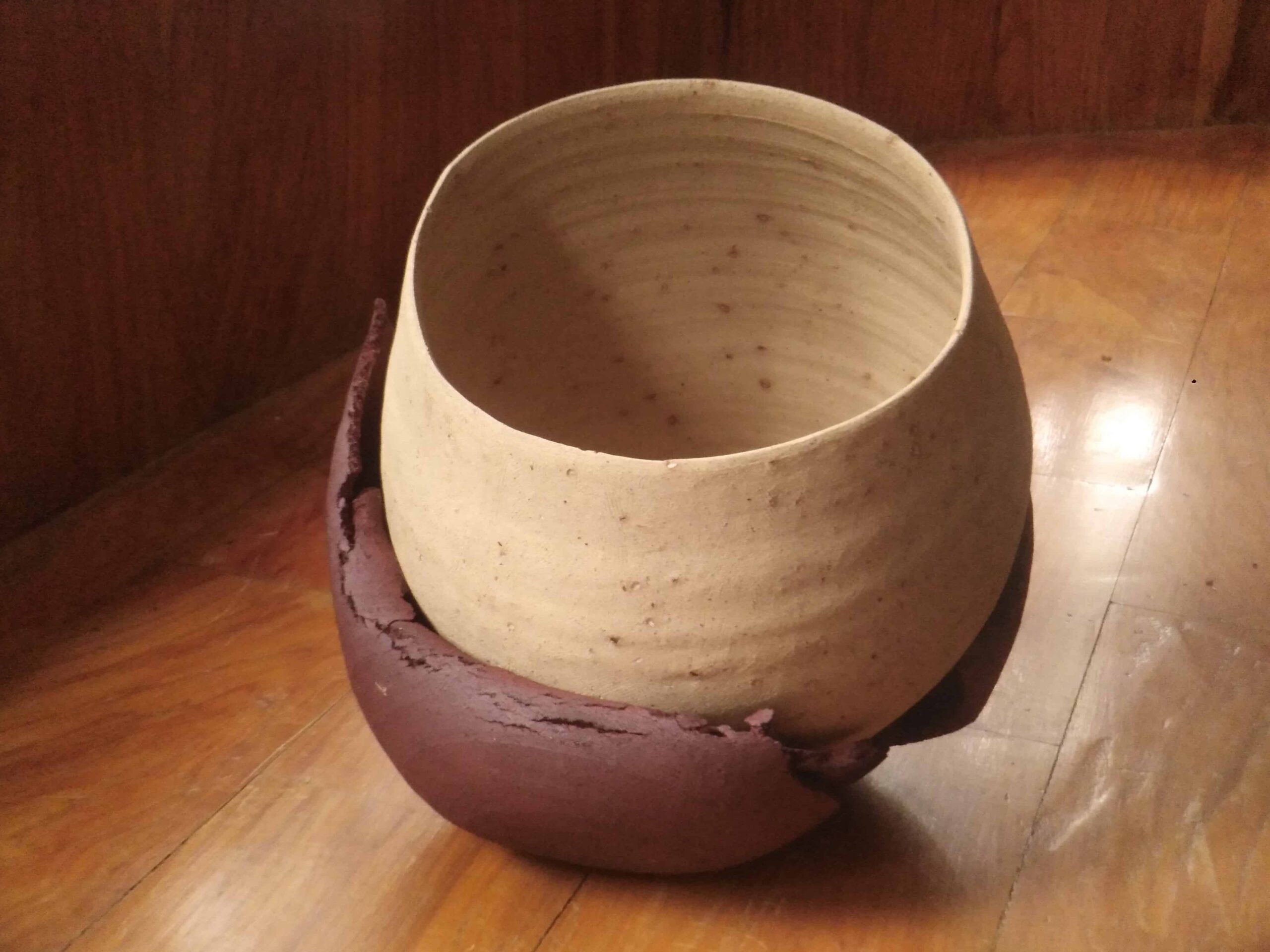