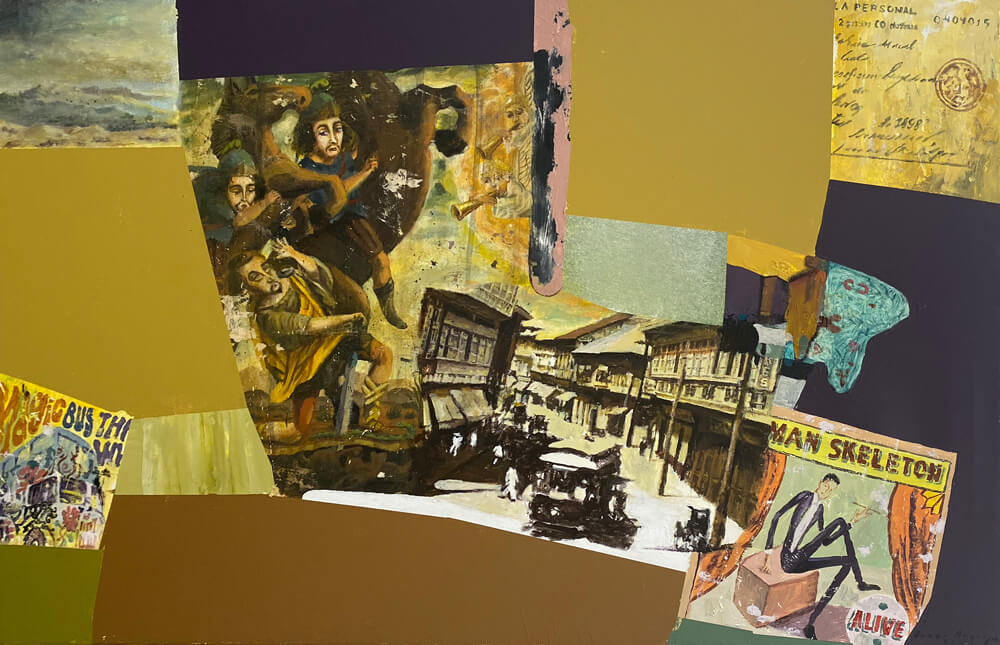 In Jucar Raquepo’s Reversed Futurism (Or the Map Precedes the Territory), the artist’s paintings somehow create a delectably warped vision board replete with disjointed images and skillful renderings of old street photographs, circus freakshow flyers, 50s ads and images of icons of realities spliced together. Set in collage-like arrangements, Raquepo’s fragmented renderings bring to mind Jean Baudrillard’s The Precession of Simulacra and concrete illustrations of simulation. What might be surprising at a closer look, however, is that the appearance of a collage does not, in reality, offer what we expect: we see not decoupaged layers and cutouts, but mimetic paintings straight from the artist’s brush.

Originating in Italy in the early 20th century, Futurism was an artistic and social movement that exalted modernity, turning the spotlight on industrialism, technology, and mobile machines such as bicycles, motorcycles, cars and airplanes. With the contribution of cubism as an artistic style, Futurism was influential in the art movements that followed such as Art Deco, Constructivism, Surrealism and Dadaism.

Raquepo flips this context in his recent works, as he injects contemporary elements such as geometric shapes and flat planes in his paintings, combined with antiquated maps and street scenes that he spontaneously applies on canvas, some with reimagined Spanish colonial naive and devotional art. Instead of abdominable alloy and chrome ultra-sleek SUVs, he paints old clunkers and tranvias on cobblestoned streets in rich sepia tones, with the additional visual treat of a subtly brightening sky. As he decries the loss of these snippets of history, he still makes an effort to interpret them faithfully, knowing that they are only representations of something that used to be there but do not exist anymore.

His cartographic explorations show territories that no longer precede the map, nor survive it, which are fully relatable from our gadget-enslaved standpoint, especially commuters and drivers who need to look up Googlemaps on our smartphone of choice before actually leaving the safety and protection of our home. We need to see the paths we will embroil ourselves in before we even step out of our safe zone, knowing that the streets bear a different reality. As the artist creates sophisticated compositions that combine browns, grays, tans and blues with his takes on history and its artifacts, energy pervades each piece. Both pleasing to the eye and unnerving, simulacra is reflected in Raquepo’s innovations, and we never know if the source image is rooted in memory, unreality, or invented through the artist’s anxious imaginings. What we see on the gallery walls are veritable adventures for the eyes and our minds, with the precious reminiscense of nostalgia for what might be illusions after all. -Kaye O’Yek 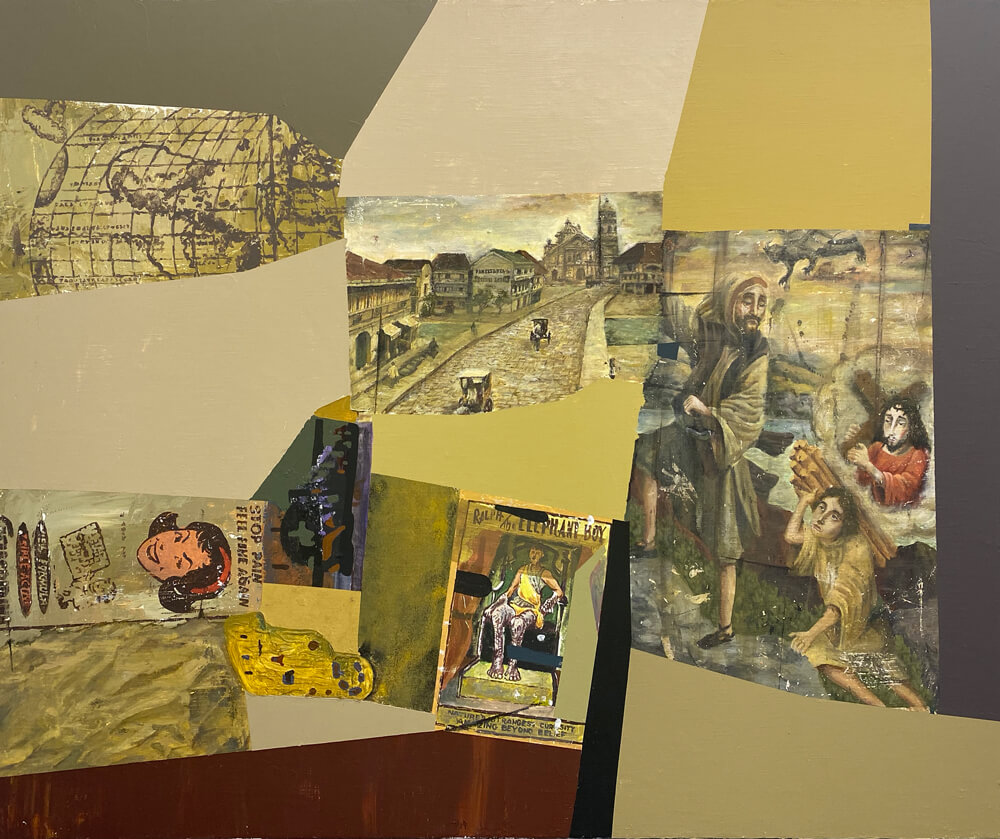 Jucar Raquepo is a cross-disciplinary artist who has worked in figurative, landscape, abstract, pop art, and video art genres. Aside from producing commissioned works, he has recently participated in a few public art projects. After graduating from the University Of The Philippines College of Fine Arts, he has mounted twelve solo exhibitions. He has also participated in group exhibitions in Manila, Canada, Berlin, Hamburg, New York, Seoul, Incheon, and Hong Kong.

He joined the Pundaquit Casa San Miguel residency in 1998. He was a recipient of the Na- tional Museum of Contemporary Art Korea’s Changdong Artist Residency program, and participated in The Gate Project of Incheon Arts Foundation, a public art project mentoring school children and building school gates in 2010. Raquepo was also a grantee of the 2012 ArtsHealth North artist residency program at North Bay, Ontario Canada under the Ontario Arts Council, and the lone representative of the Philipppines to the 14th GIAF International Art Festival in Korea in 2017. 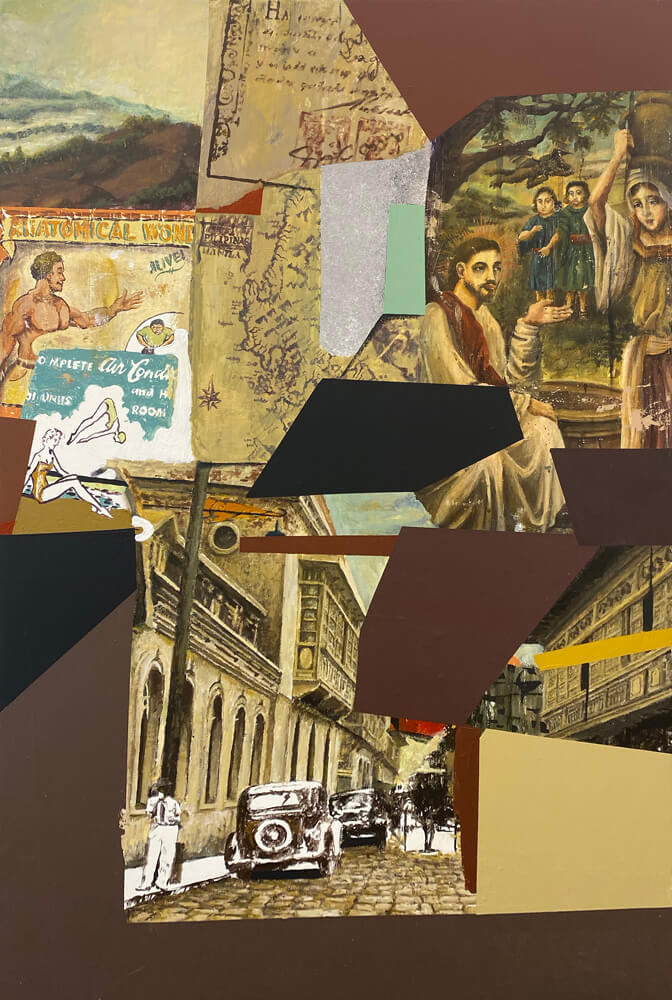 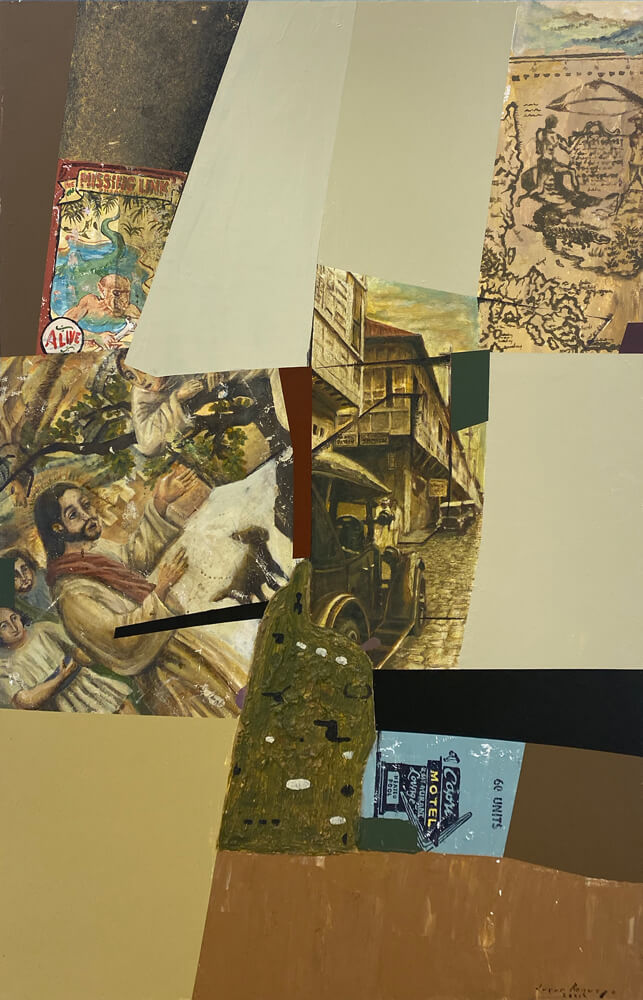 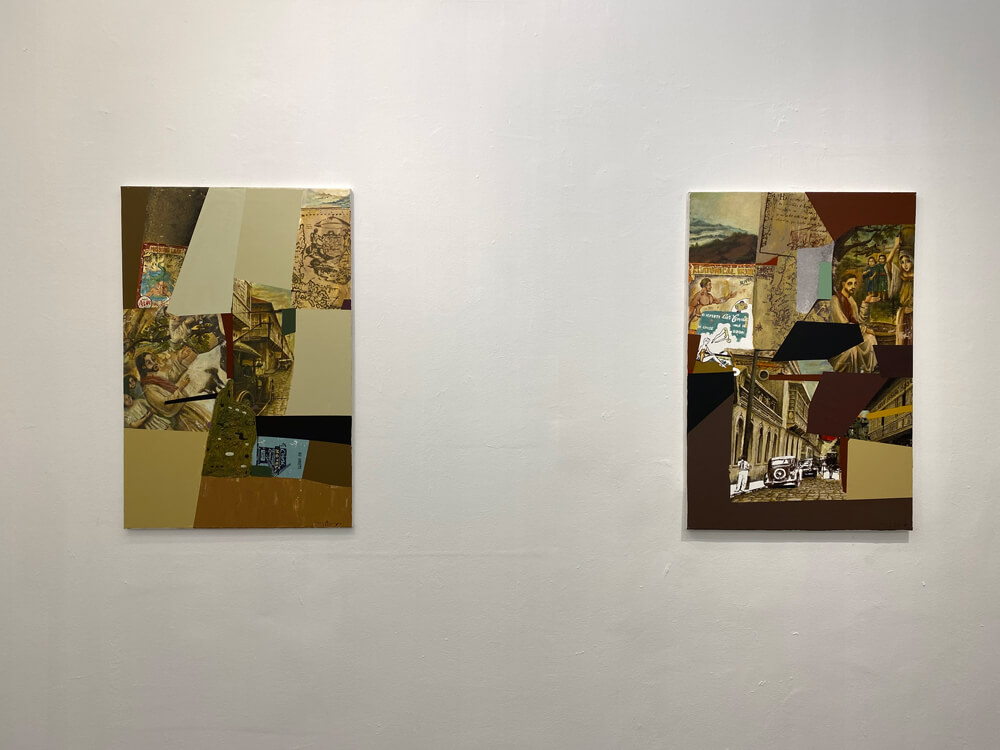 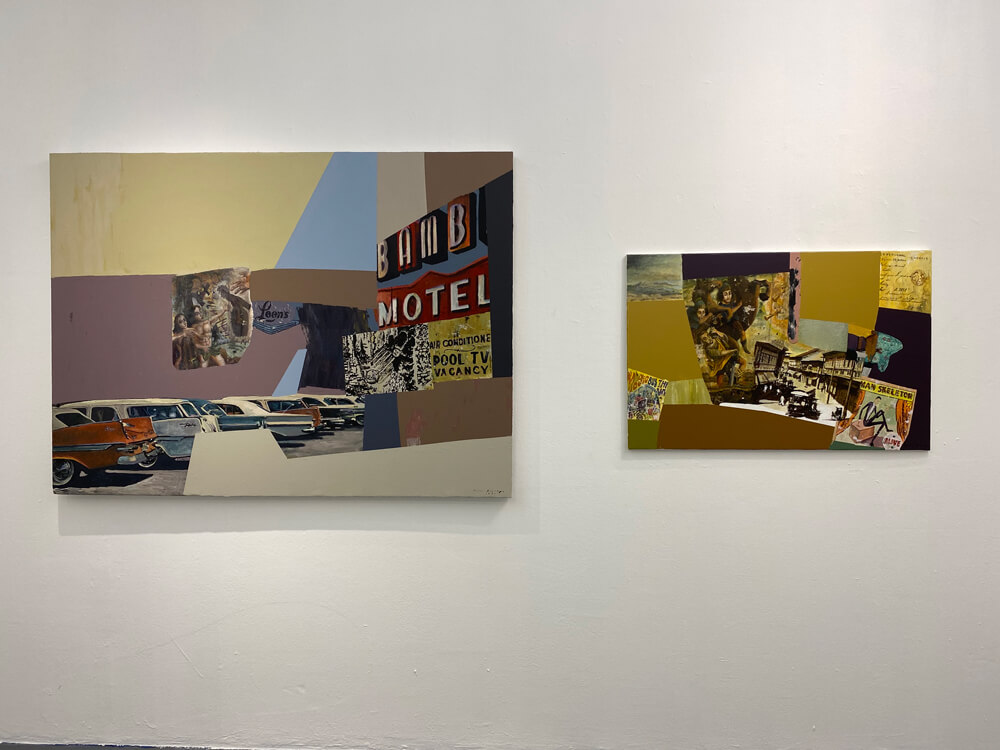 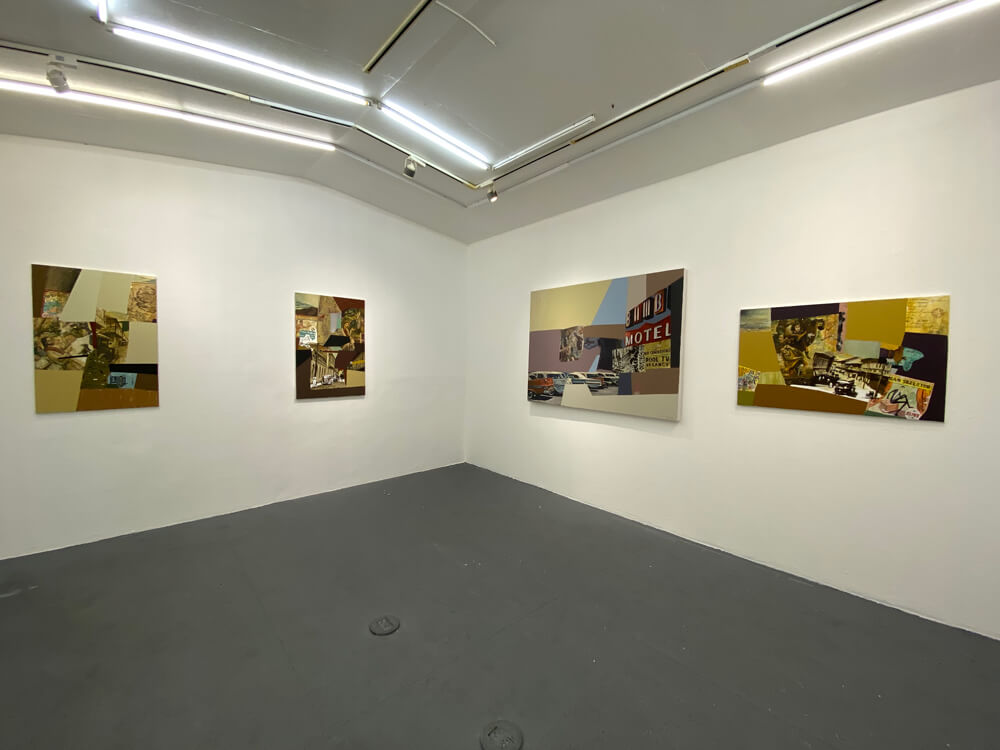