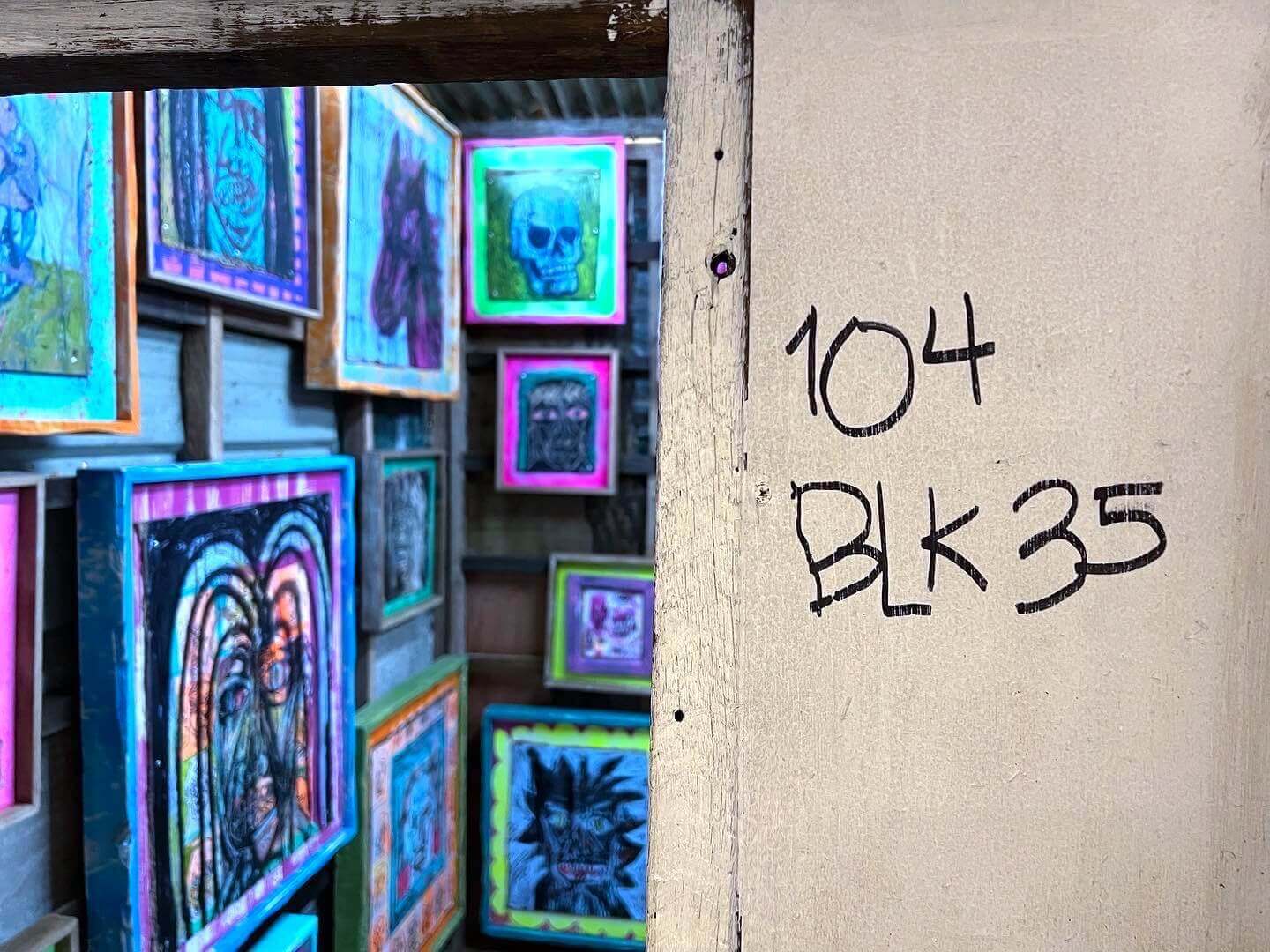 Born in the USA

“…to secure these rights, Governments are instituted among Men, deriving their just powers from the consent of the governed, –That whenever any Form of Government becomes destructive of these ends, it is the Right of the People to alter or to abolish it, and to institute new Government,” 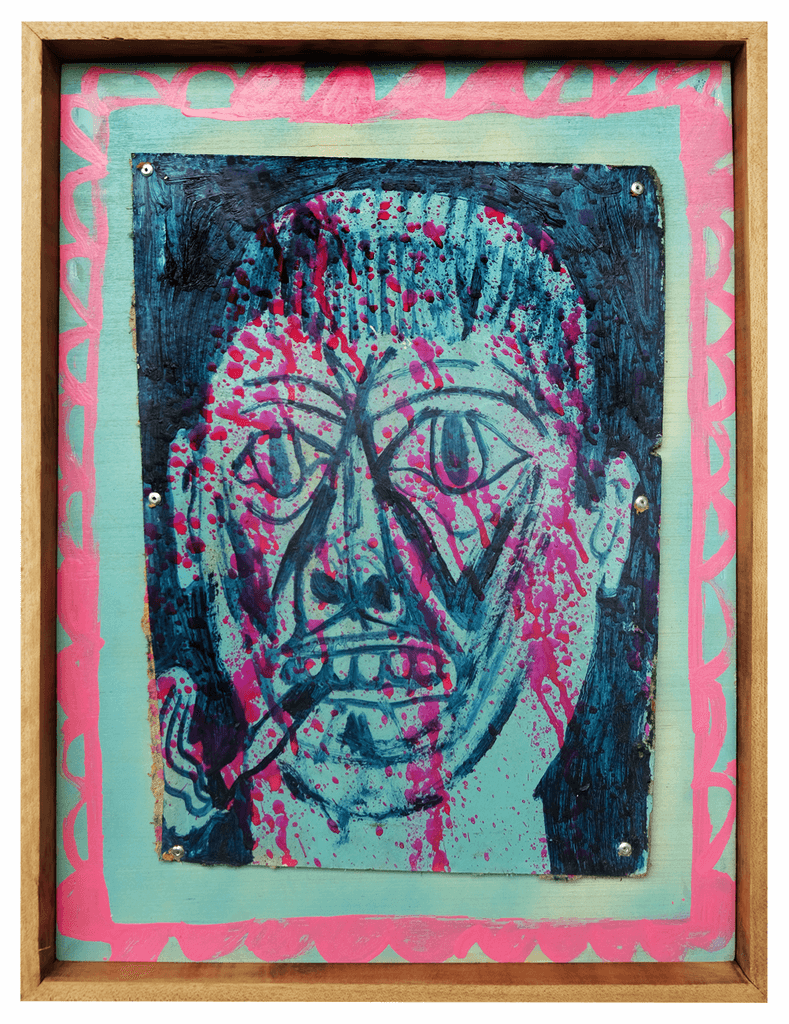 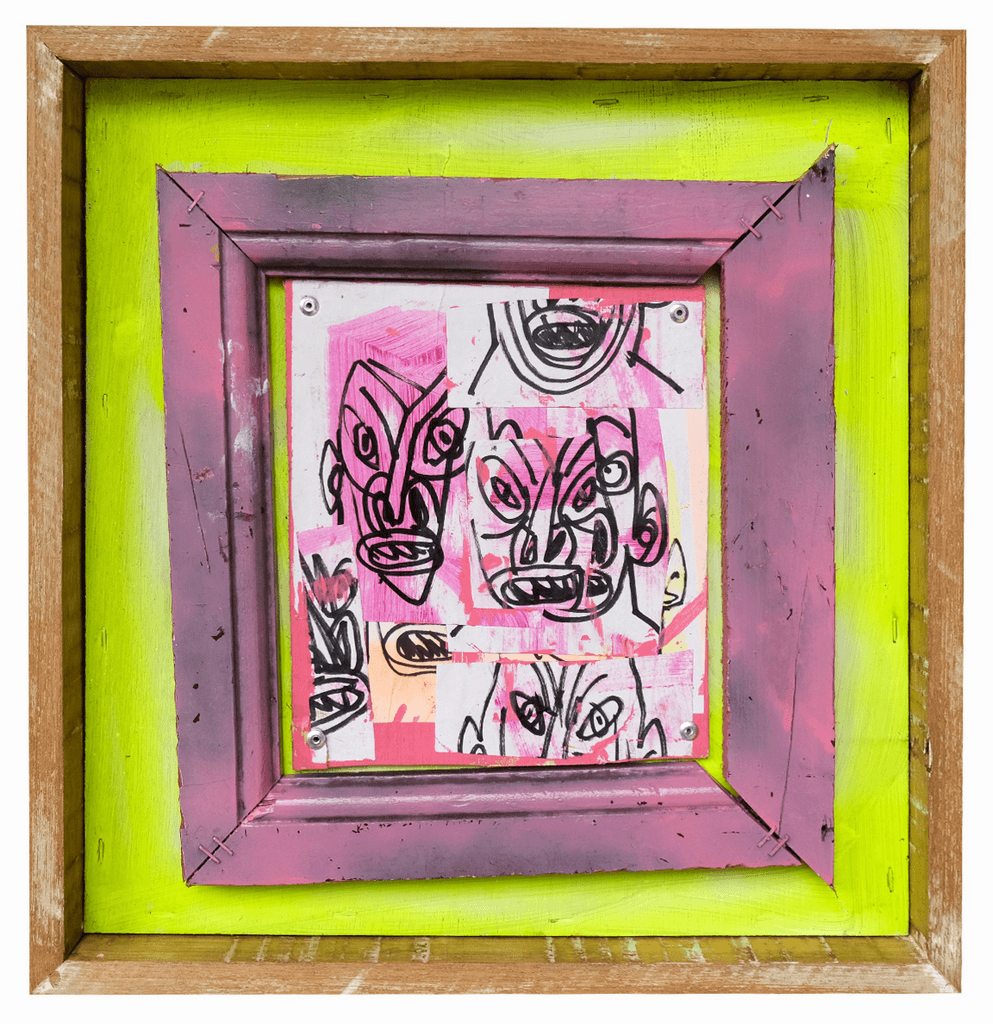 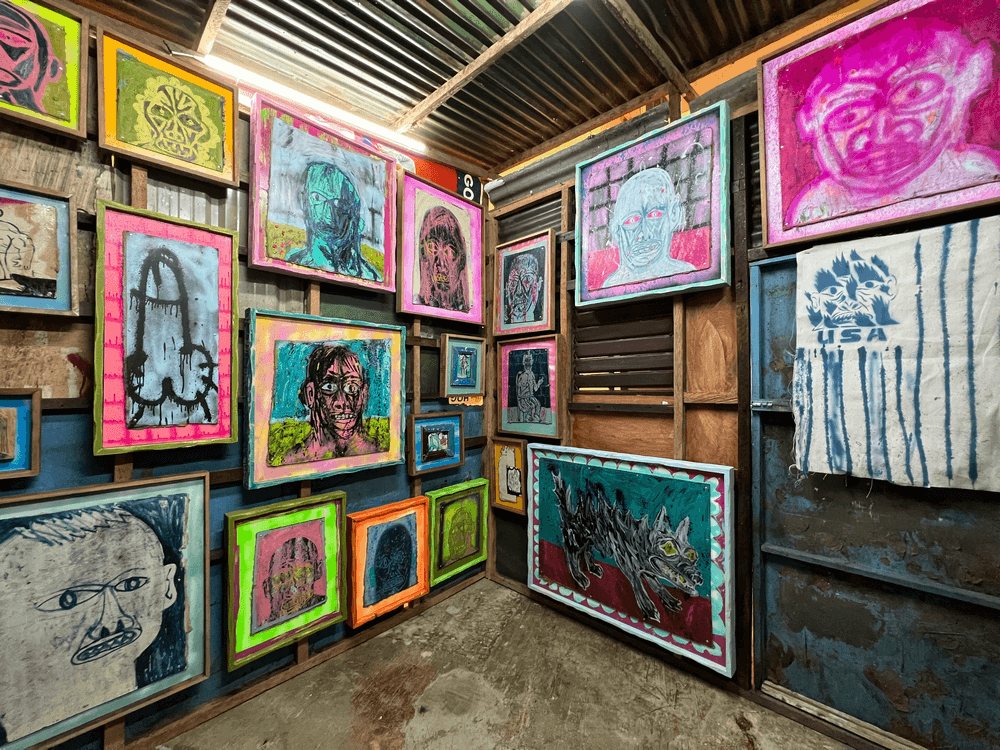 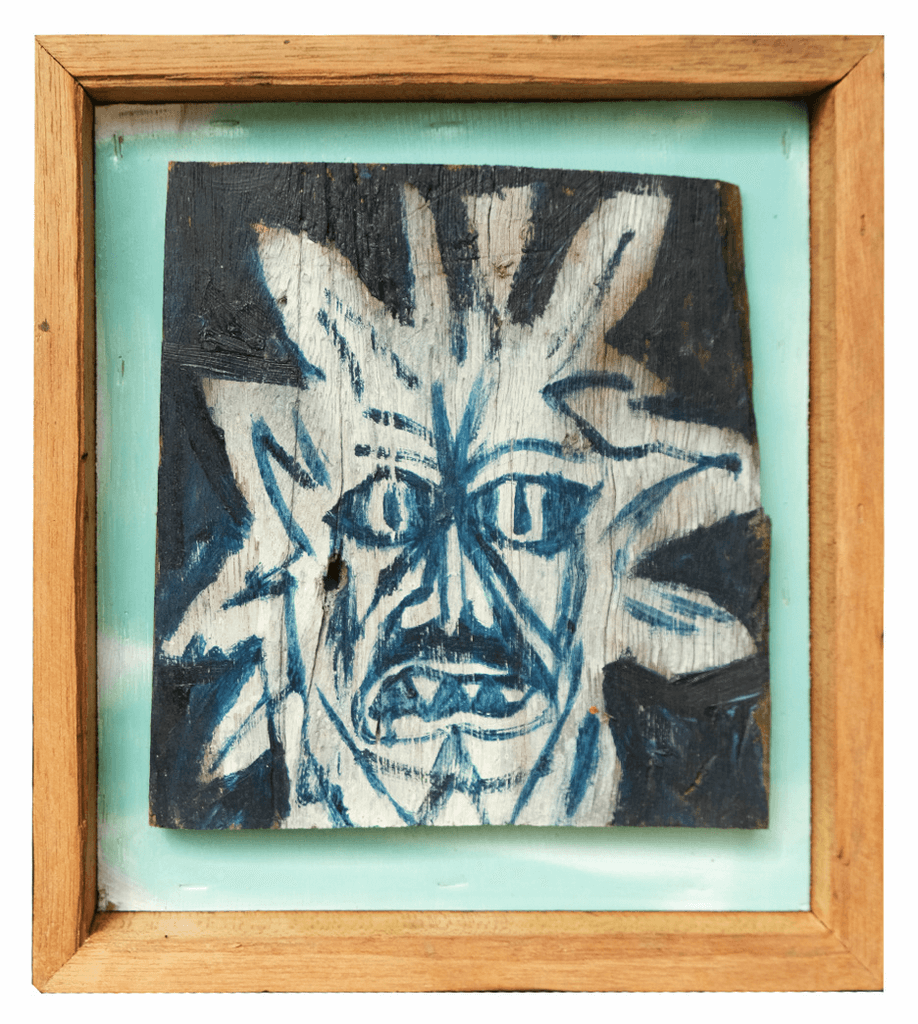 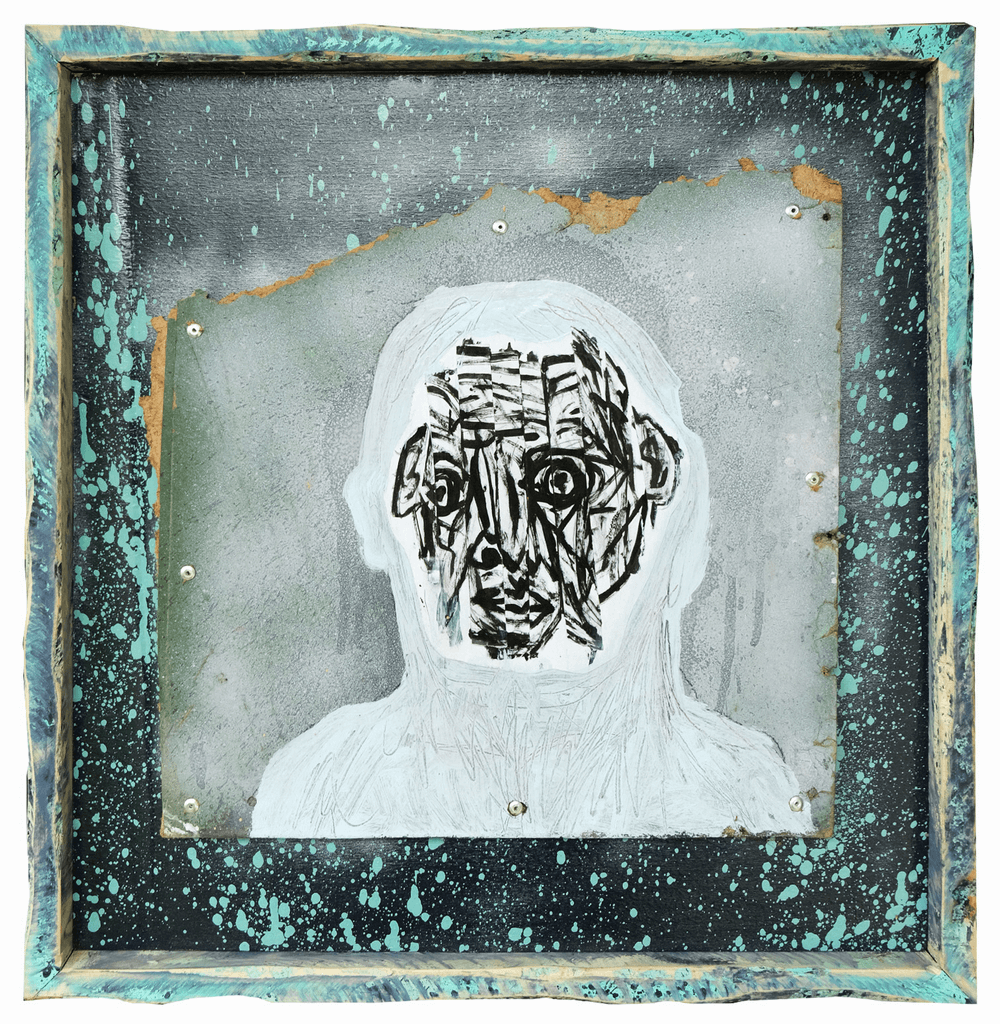 “United Squatters Area (USA) hehe, yan yung joke na tawag sa lugar namin” says Roger Mond, who is proudly born and bred in the ‘USA’. Informal settlements, more popularly known as squatters’ area, have spread with the exponential increase of the country’s urban population. Poverty resulting from the state’s neglect of the agricultural sector combined with armed conflicts in the countryside and the concentration of resources and economic activity in cities, has spawned the diaspora of rural workers seeking opportunities in urban centers.

Framing his community’s plight in a larger context, Roger Mond’s Declaration of Independence links the patchwork collective of informal settlers in the Metro with the founding settlers of the United States of America drawing the nexus between slums, capitalism, and the continuing legacy of economic imperialism. He places a whitewashed barong-barong (shanty) made of materials salvaged from demolished settlements, in the middle of the gallery’s sanitized walls to mimic the state’s deliberate efforts to cover-up its ineptitude in providing proper housing for its citizens. The shanty’s minimal facade is a foil to its baroque interior which is bedecked from floor to ceiling with 41 colorfully-mounted portraits painted on assorted found materials, representing the 41 blocks of his Barangay, the ‘united states’ of their squatters’ area- a parody of the art salon format done in the artist’s signature party-inspired brand of Arte Povera. 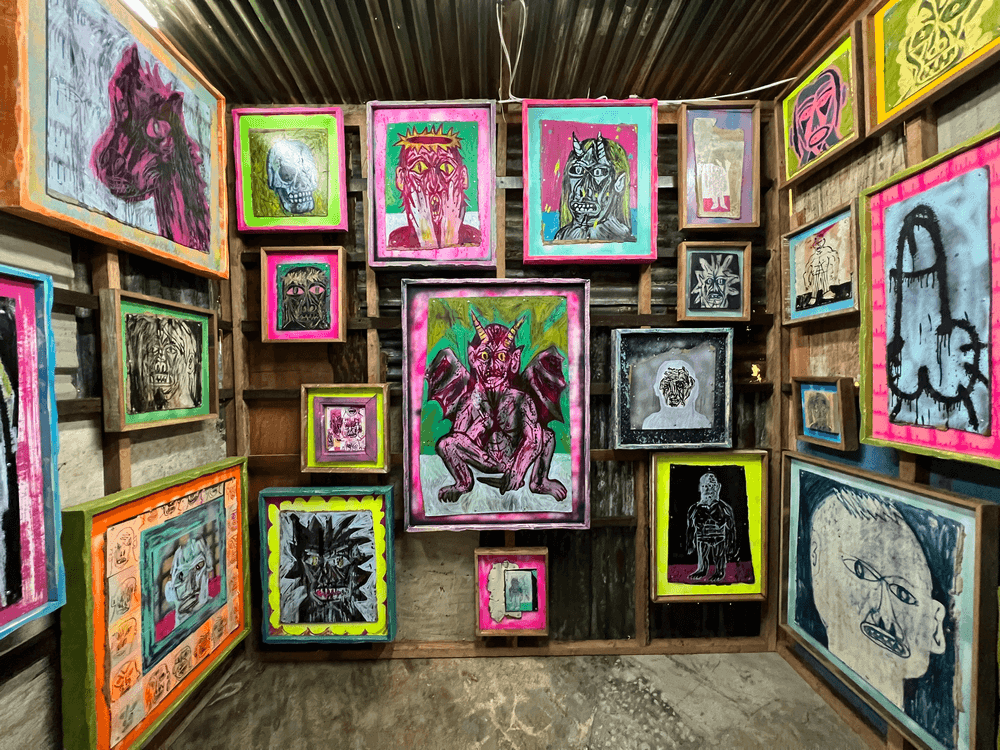 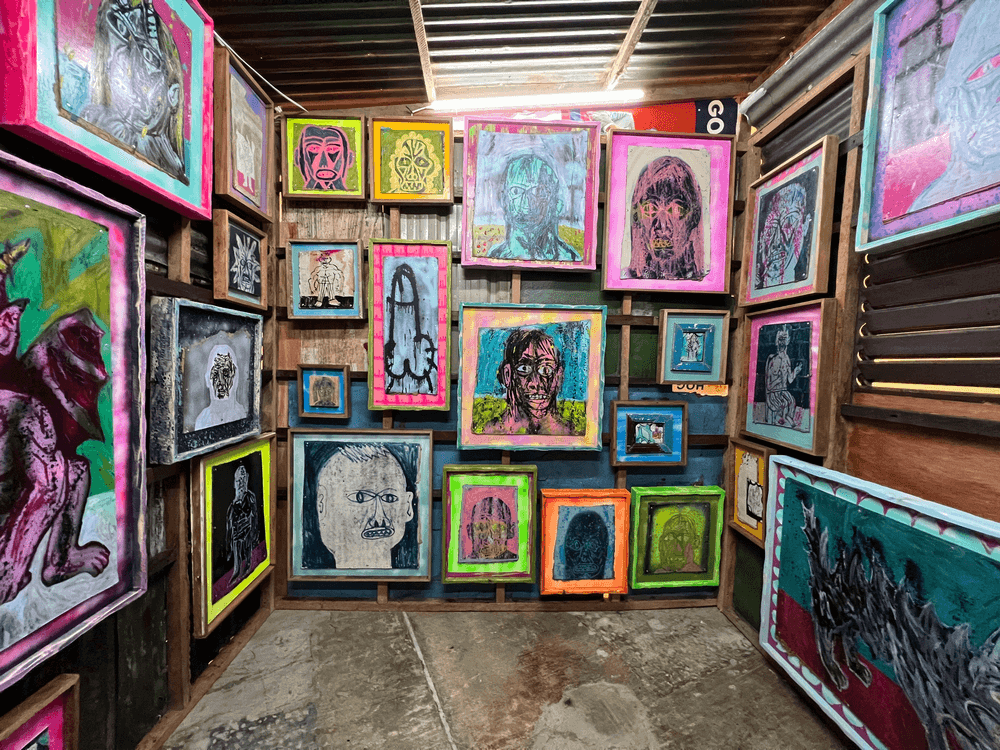 For the artist, the barong-barong is the squatters’ defiant response to State neglect and a symbol of their independence, echoing the words of David Madden and Peter Marcuse, that “the built form of housing has always been seen as a tangible, visual reflection of the organization of society.” Built without engineering knowledge, this makeshift structure epitomizes the USA’s DIY aesthetic of self-sufficiency and resourcefulness. Put-up piece-by-piece from found materials, it is cemented only by the settlers’ “eagerness to create a home”. In the same scrappy but determined fashion, this diverse group of people coming from divergent socio-cultural backgrounds, have banded to form a thriving community.

Like the settlers who founded the US, the informal settlers came from different cultures, from different (is)lands, to look for greener pastures in foreign soil. But highlighting the stark contrast of the economies of the global north to the global south, the artist points out that the violent legacy of settler colonialism in the Americas which displaced and killed millions of its native population, permeates the internal colonies of third world countries, populated by migrants displaced from their rural provinces.

Depicting his neighbors with fondness and brutal honesty, Roger Mond’s candid portrayals elevates the complex and colorful stories of his ‘hood with disarmingly raw charm. Rather than soliciting pity or rallying rage, the exhibit celebrates the united squatters’ triumphant establishment of an independent ‘nation’, effectively implementing the United States’ founding ideals of equality, right to life, liberty, and the pursuit of happiness, and the right to alter or abolish the government. A makeshift USA flag spray-painted with the familiar stripes but emblazoned with a burning man’s head in place of stars hang defiantly from the barong-barong’s roof – an impish but persistent proclamation of dignity anchored in the firm belief “that all men are created equal, that they are endowed by their Creator with certain unalienable Rights, that among these are Life, Liberty and the pursuit of Happiness”. And until their precarious state is given proper address, they continue to stand firmly, asserting their humanity, unfazed by the forces diminishing their power. 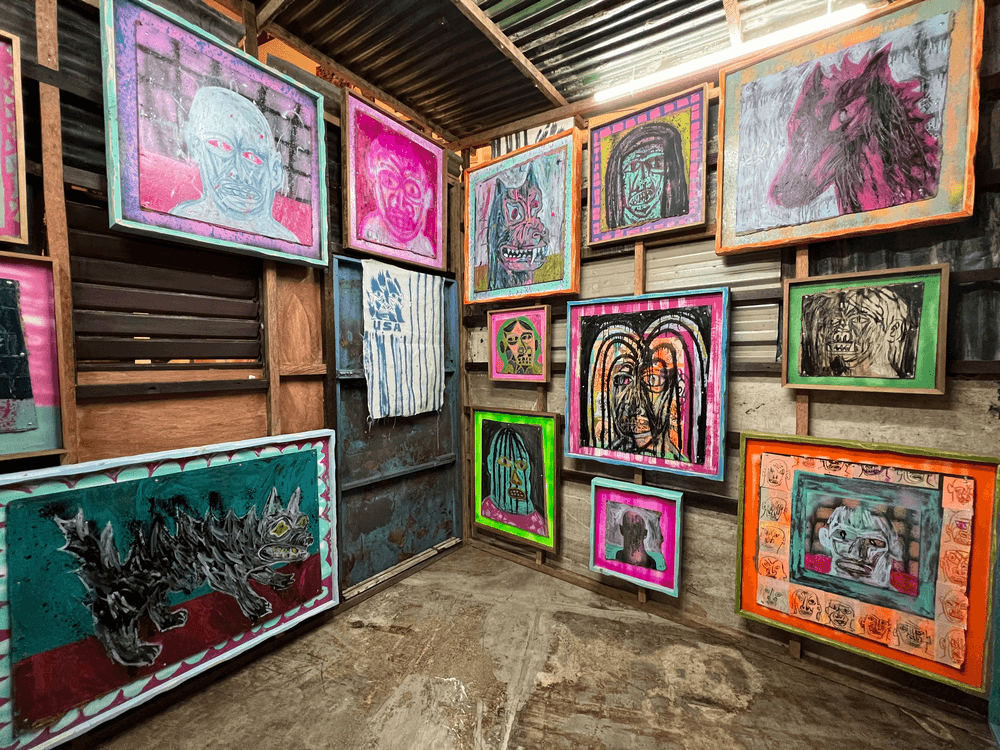