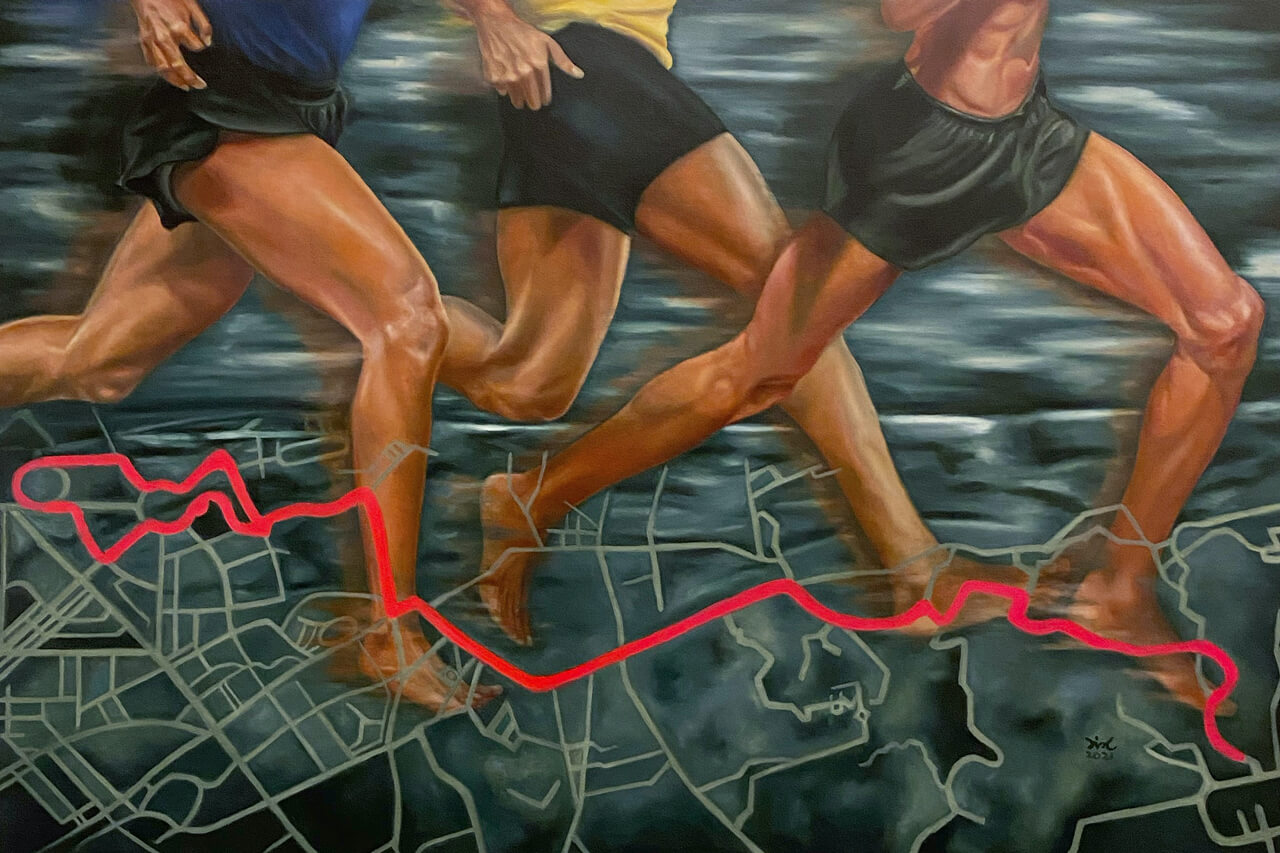 For Bembol Dela Cruz and Ranelle Dial, the open road is an invitation not merely to escape the confinement of domesticity but to explore notions of self that are expressed only through movement, whether one is relying on a pair of good legs or astride in a vehicle, the wind whipping the hair, the world rushing past in a blur. This network of roads, alleys, and makeshift paths only gets activated when people use them. Otherwise, they are vacant spaces of concrete, asphalt, and dirt, inert like the veins through which no blood flows.

This love for the open road is what unites Dela Cruz and Dial in the exhibition, Never Leave Behind. Recently, they have been exploring themes of mobility in their respective individual shows. Now together in one space, their works create a complementary vision of what this road signifies—from its promise of nostalgic abandon to its force of destabilizing inertia.

In his suite of works, Dela Cruz alludes to the road by depicting rusted parts of a Volkswagen. One noticeable element is the hood of the VW Type 2, possibly the most iconic vehicle during the counter-culture movement in the ‘60s. Though they are deconstructed, eaten through by wear-and-tear, ultimately unserviceable, they evoke the spirit of a much freer age, when hitting the road meant taking the adventure of a lifetime. Curiously, the minibus will be resurrected in the form of an electric vehicle next year, which just proves that nothing good is ever lost or, to quote the title, left behind.

For Dial, who is an avid runner, the road provides an immediate cure for inactivity. For her collection of works, she represents the legs in a moment of propulsion, their muscles tensing, shiny with a film of sweat. There is something daring and honest with the feet being unshod, with the soles confronting the grit and roughness of the road. Underneath them lies an illustration of the city’s grids, with certain tracts highlighted to convey the distance covered, something that is familiar to those who use human exercise tracking apps such as Strava. This outline of highlighted tract is one’s own personal map, flexible and mutable against the fixed urban landscape. 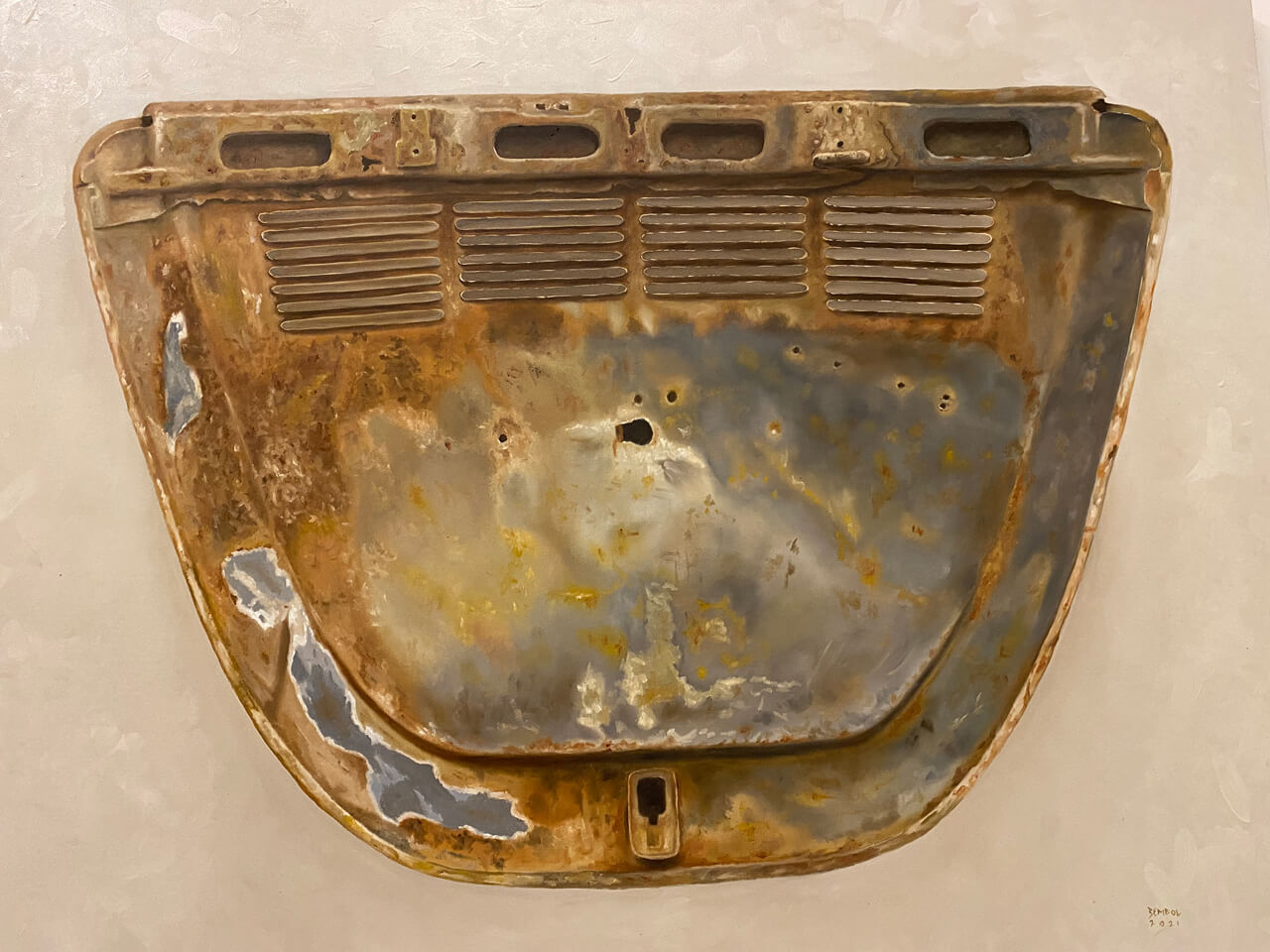 Never Leave Behind is as much an exhibition as an ethos for Dela Cruz and Dial in their individual definitions of mobility, passage, and covering ground. For them, no matter how short or long the distance covered, nothing in the journey is ever wasted, as every sign of progress and stumbling block is an opportunity to “reinvent oneself, heighten efficiency, and push others as well.” The road, as their works suggest, is always free and available to anyone who takes it. 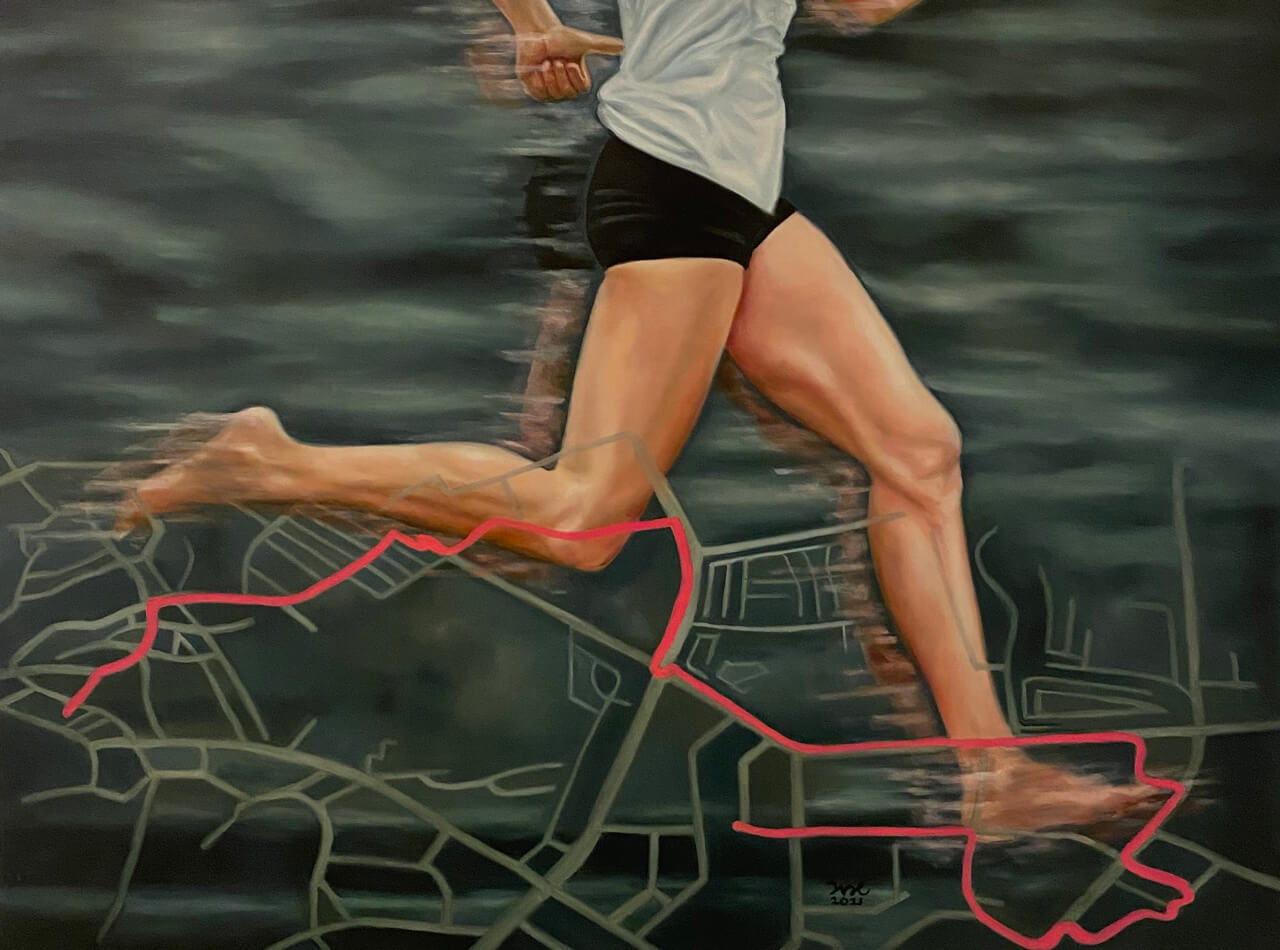 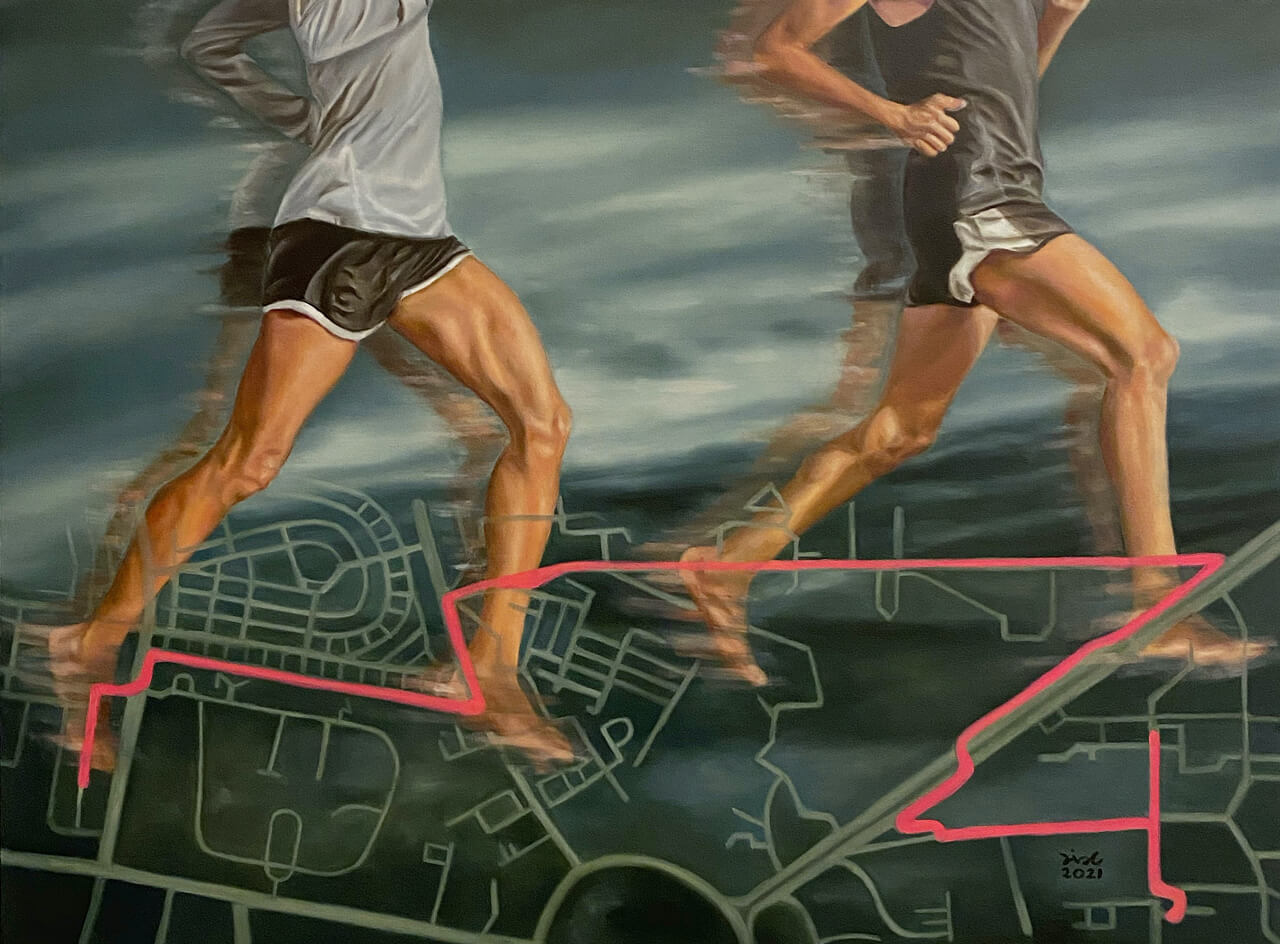 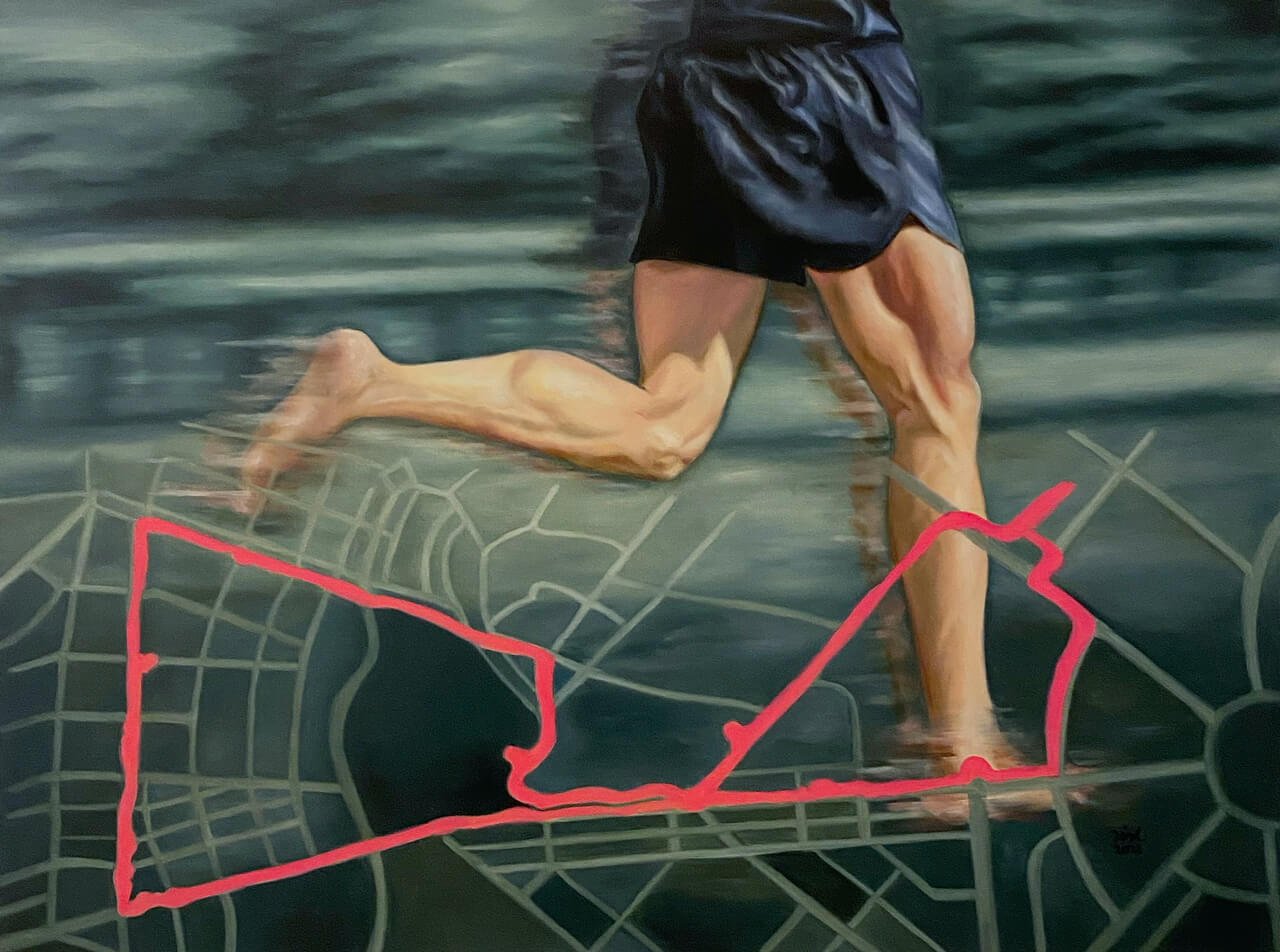 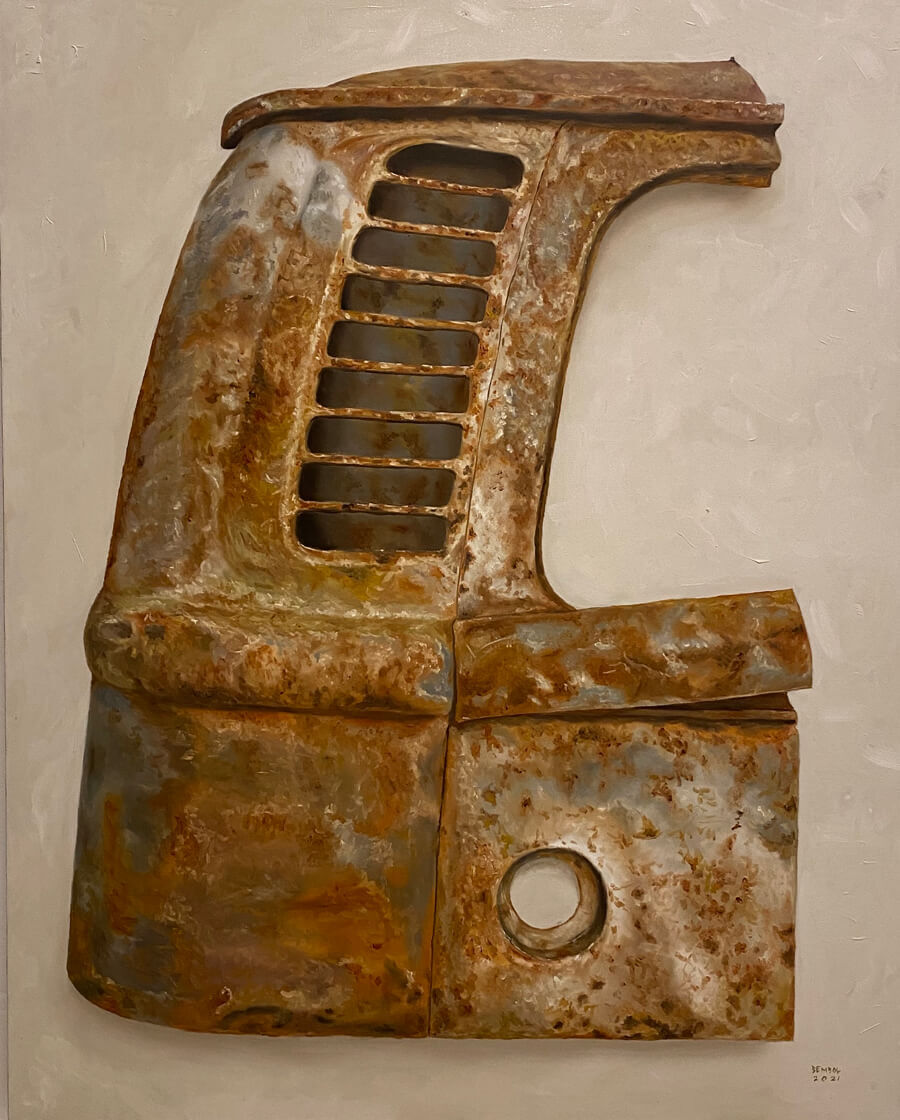 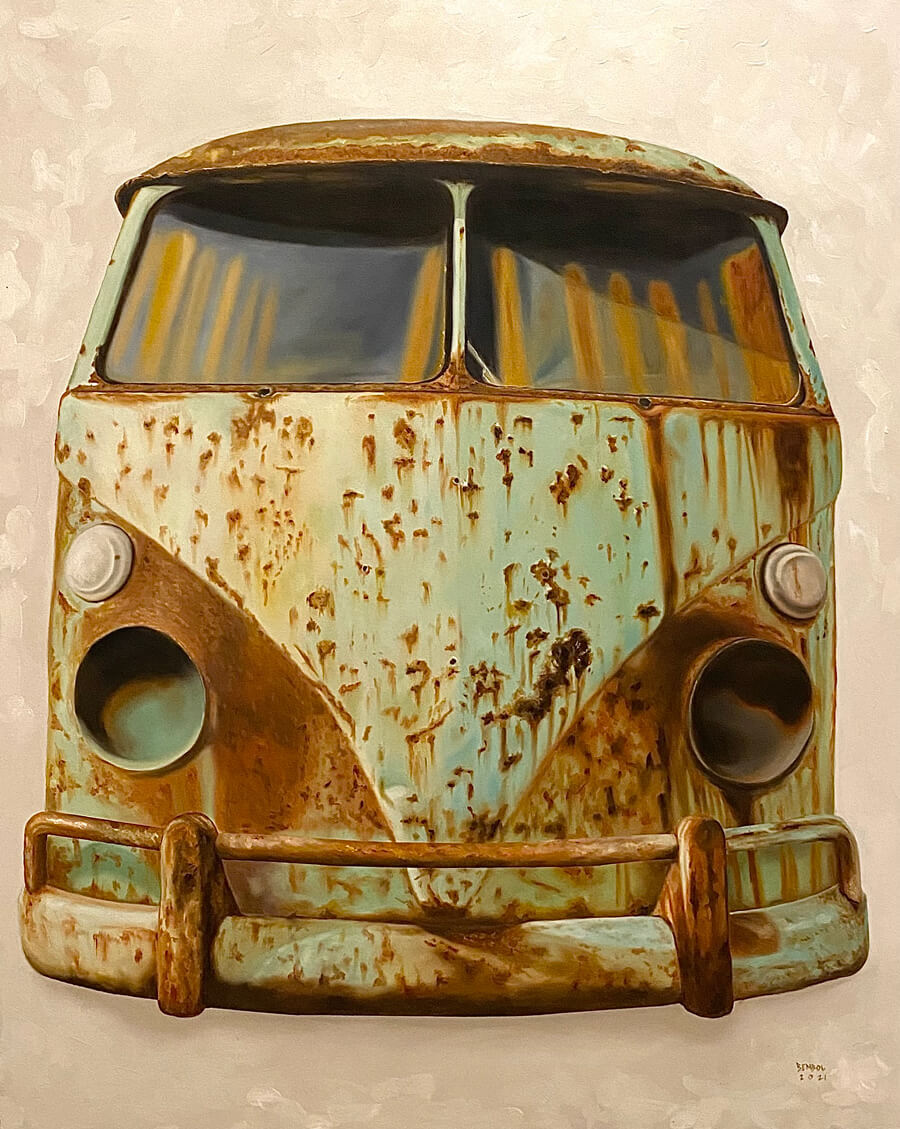 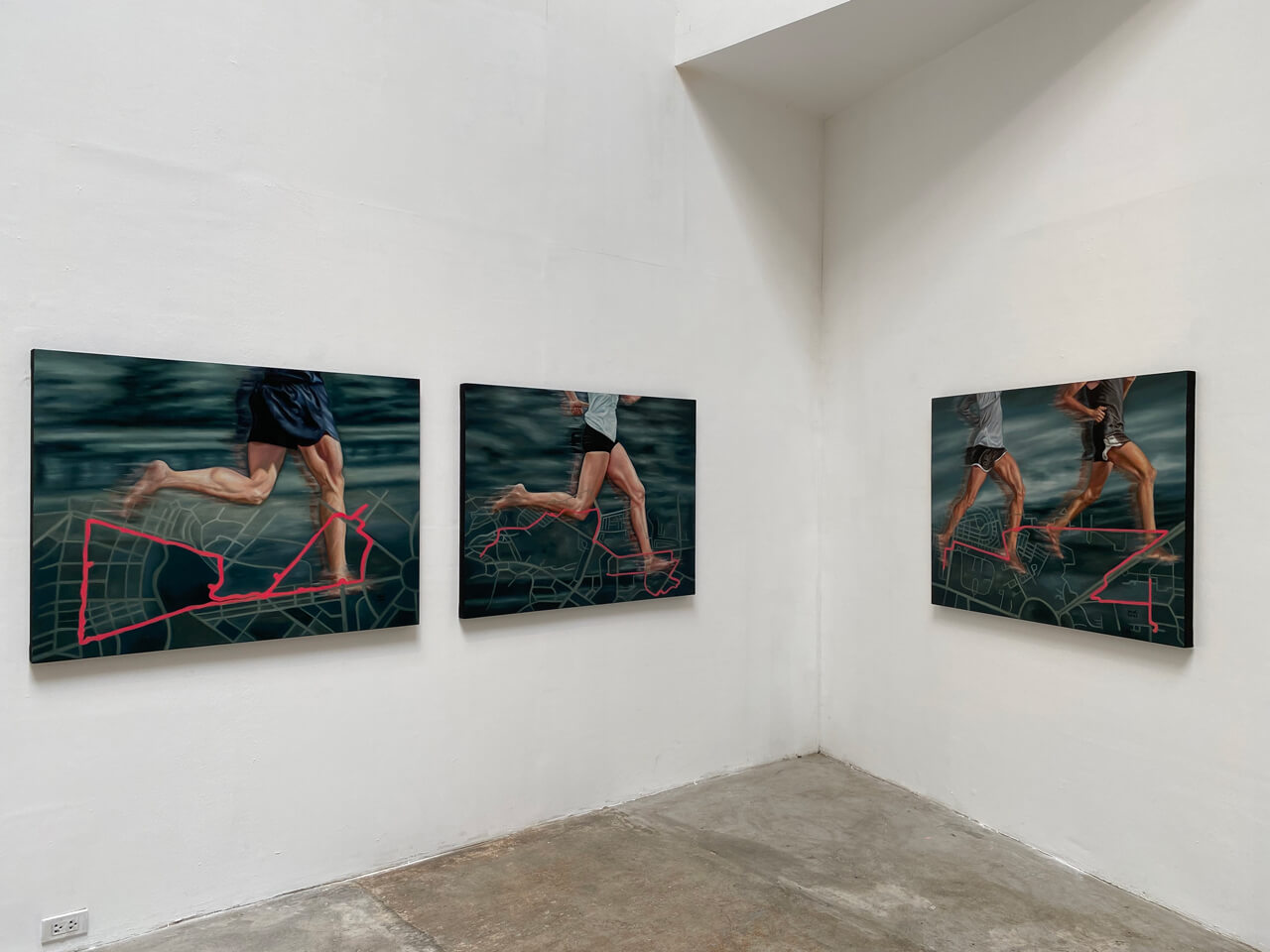 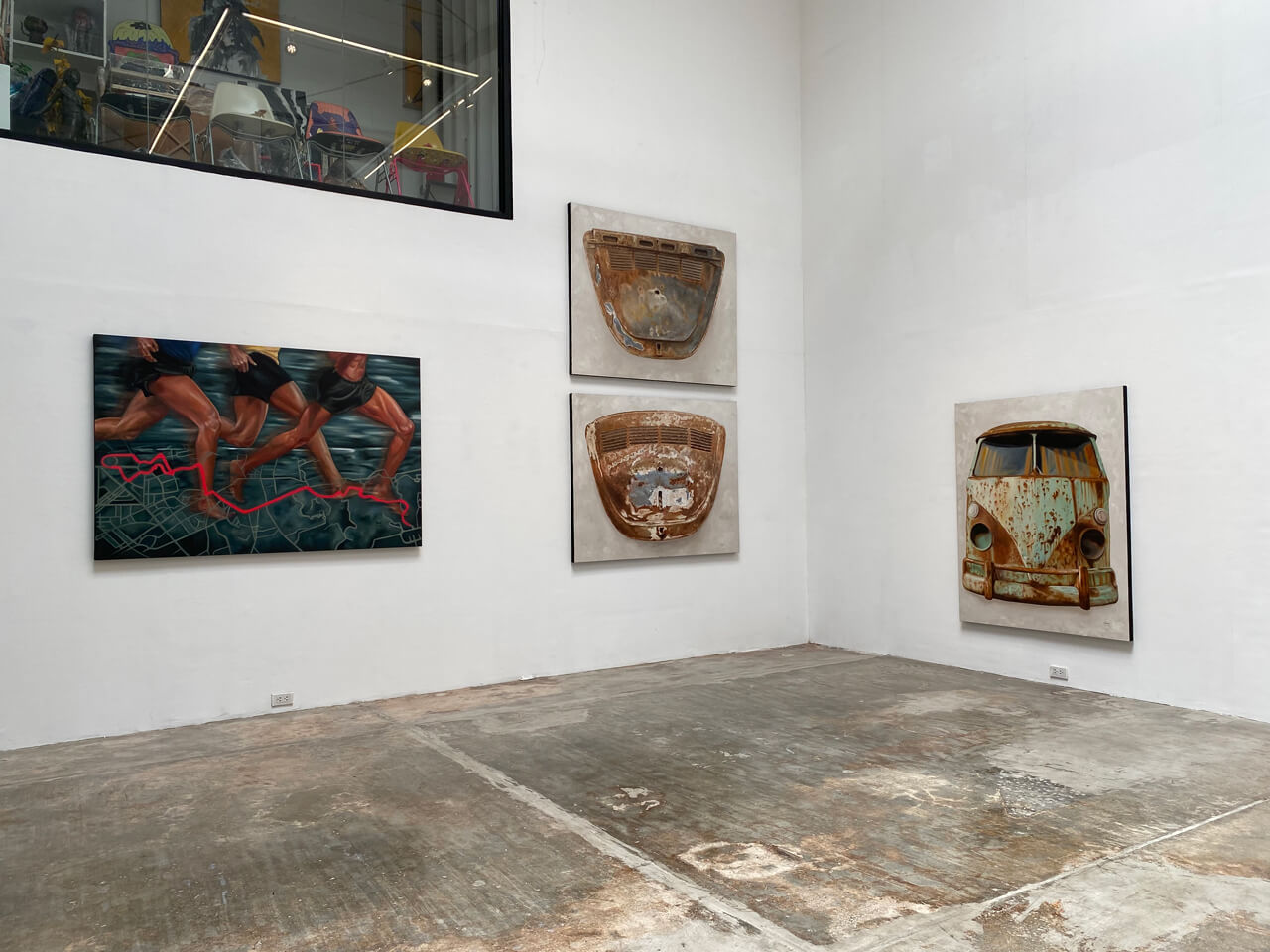